Remember when Rockstar cut a sex minigame from GTA San Andreas and kept it in the source code, only for modders to bring it back to life, sparking mass controversy?

The Hot Coffee mod, as it came to be called - named after the fact CJ’s girlfriend would invite him in for a coffee and they’d go to Bone Town - was a nightmare for Rockstar at the time. I like to imagine it would be less controversial now, since we’ve moved on from polygonal character models flailing around, and plenty of games have full-on sex scenes.

Either way, every GTA game since has still featured sexual content, only getting more graphic as visual fidelity jumped up. The only difference is that GTA San Andreas dared to make you push buttons to unceremoniously pump an NPC. 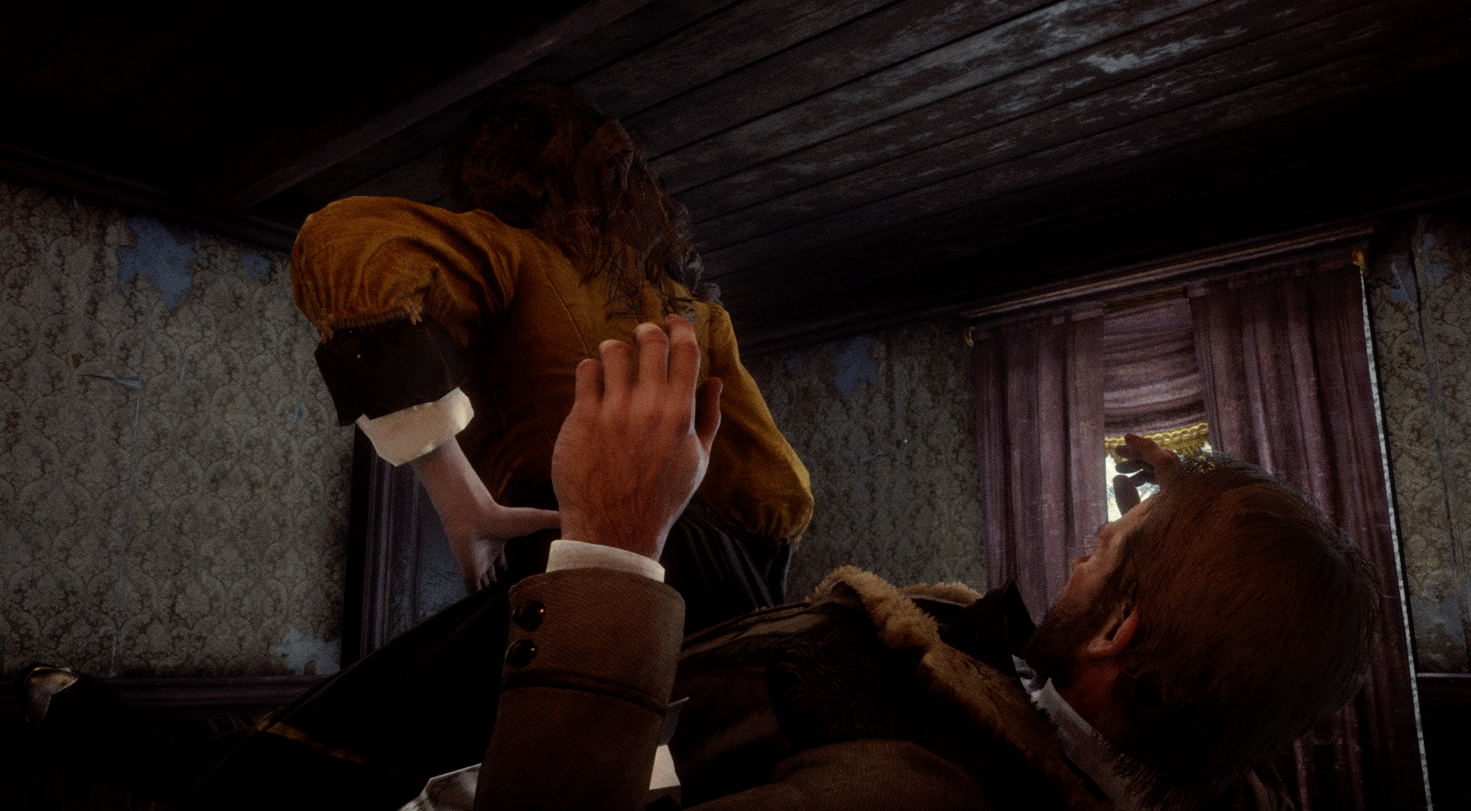 Red Dead Redemption 2 moved away from all that. Arthur Morgan has a love interest, but it never turns into a physical relationship - it’s an old flame who still loves him, but their lives keep them apart. That’s because Arthur is an honourable rogue. He wouldn’t go around shagging. Still, modders don’t care about video game character morals, so they’ve added a bit of GTA to Red Dead Redemption 2, allowing you to sleep with prostitutes in some of the game’s main towns.

If you’re hoping for something sexy, you’re going to be disappointed. It seems like the modder used Arthur’s injured voice lines and pose to make him appear mid-coitus. Both parties are also fully clothed, so it’s just two characters clipping through each other on a bed. You can change position and camera angle and, yes, you can do it reverse cowgirl. Yeehaw. You’re alright, gurl.

According to YouTuber Swegta, Take-Two and Rockstar have approached the creator of the mod with legal representation, claiming the mod violates the code of conduct as well as a “host of other legal violations”. Thanks, PCGamesN.

“I was a bit surprised and didn’t expect Take-Two to worry about a single-player mod this much,” modder Unlosing told PCGamesN. “I find it crazy how Rockstar Games can add hookers to its games, but when someone uploads a mod (not even of the same quality) it’s suddenly ‘inappropriate’.

“The mod doesn’t contain any nudity or nude models, and only uses assets that are still in the game. The animations are from the drunk bar mission with Lenny (which are still in the game), and the ‘moaning’ noises are simply the sounds the [character models] make when they get injured. Also, they mention ‘online services’, however this mod is only available for single-player. To answer your question: no, I don’t think it’s fair.”

The creator doesn’t plan to take the mod down “any time soon”. If you’re curious, you can find Red Dead Redemption 2’s Hot Coffee mod on Nexus Mods.