Red Dead Redemption 2's Stranger missions are unique quests that follow the story of one or two individuals and for this quest, you'll be delving into one man's sordid past.

During The Iniquities of History Stranger mission, you'll need to hunt down a drunk man by the name of Jeremiah Compson. You'll need to have started Chapter 3 in order to access this mission.

You can find Compson on a bench outside Rhodes Station. He'll tell you that his life is in ruins, as the bank has repossessed his house, he's all alone and feels disrespected and cheated by the world.

Being a kind-hearted cowboy, you can oblige his request to fetch his ledger, pistol and beloved pocket watch from his old home. You can find his home - a run-down old house called Compson's Stead - just to the North of Scarlett Meadows. 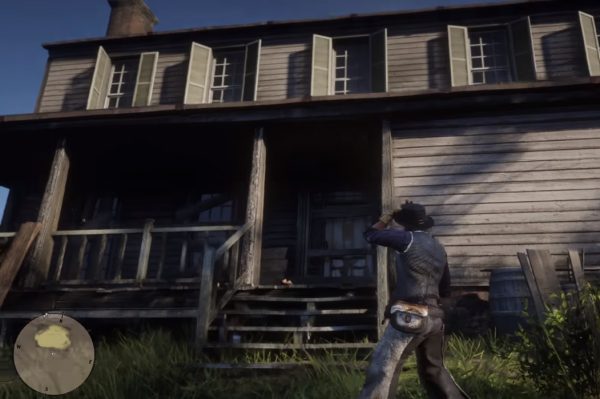 Enter the house and investigate what's lying around. You can find the pocket watch on the fireplace and in another room, you'll find a photo atop another fireplace that reveals there's a trap door in the room. Throughout your investigation, you'll discover that Compson was a slaver before he fell into destitution after it was abolished.

Two men will try and attack you but they are easily dealt with. One of the assailants has the pistol you're after but it won't fire, so kill him and take it for yourself before heading through the trap door. 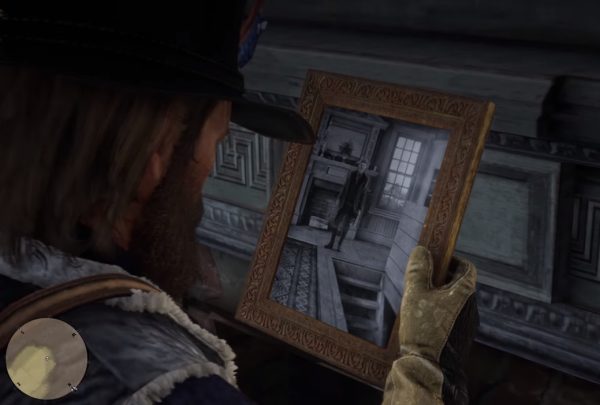 You'll find the ledger at the end of the room to your right. The quest marker will then update and you can return to Compson at a camp Southeast of Ringneck Creek.

You can confront him about his past and he'll give you a sob story about losing his job, pride and respect of his fellow men. Arthur will burn the ledger and Compson will try and shoot you with the broken pistol. While there's no prompt to do so, it's heavily implied that you can decide to kill Compson or leave him in all his misery to rot.

The choice is up to you, but killing him does grant you additional honor. If you shoot him while he's on his knees, he'll fall into the fire and burn. 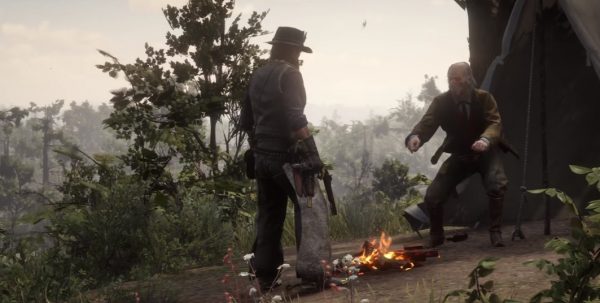