Red Dead Redemption 2's Dead Eye mode lets you slow down time and pick off enemies with headshots and precise targeting - but it takes some upgrading and getting used to.

Dead Eye is best used in the heat of battle when you're facing off against multiple foes, or when you're on horseback and need to take down tenacious lawmen or random individual you don't like the look of.

To use Dead Eye, just click down on the right analogue stick while you're aiming - this will slow down time and allow you to target enemies with a red X. Depending on what stage of Dead Eye you've unlocked, you can tag multiple enemies before firing, line-up headshots, and eventually pick out vital organs to blast. Once you've lined up the red X, pull the trigger to unleash a volley of deadly shots.

But first, you've got to earn all the upgrades.

How to level up Dead Eye

Dead Eye targeting levels up automatically as you progress through the main storyline, so it doesn't require much extra effort on your part.

Level 1: This is start of Dead Eye, which you earn during Chapter 1's Old Friends mission. It allows you to slow down time and drag the red X target across an enemy. It auto targets the enemy for you and can be frustrating, as it doesn't offer the precision you want. Be quick with your aiming though, and you can tag multiple enemies.

Level 2: This is where Dead Eye gets really useful. You can now manually tag a shot on an enemy by tapping the right bumper (R1/RB). Tag multiple enemies or just one unfortunate guy with six shots from your revolver and pull the trigger for spectacular results. This unlocks during Chapter 2 and the Pouring Forth Oil mission.

Level 3: This seems like an incremental upgrade but is more useful than it sounds. You can now stay in Dead Eye mode after you've fired shots, allowing you to pick off another target you may have missed, or just tag another bullet on an enemy as they go down. Unlocks during Banking, the Old American Art in Chapter 4.

Level 4: You'll need to reach Chapter 5's Fleeting Joy mission to unlock this level of Dead Eye, but you can now see the highlighted head and hearts of enemies. Hit these and you'll perform one-shot kills. This is when Dead Eye becomes really useful for hunting animals as it allows you to get a clean kill and harvest the best pelts.

Level 5: As well as the head and heart you can now target lungs and stomach, specifically. You'll be getting a lot more one-shot kills and they become a lot easier.

This is also a perfect upgrade if you're hunting the biggest Legendary Animals in Red Dead Redemption 2. A shot to the lungs may not kill a bison instantly, but it will slow it down and you can track it much more easily. This unlocks at Chapter 6, during the mission Goodbye, Dear Friend. 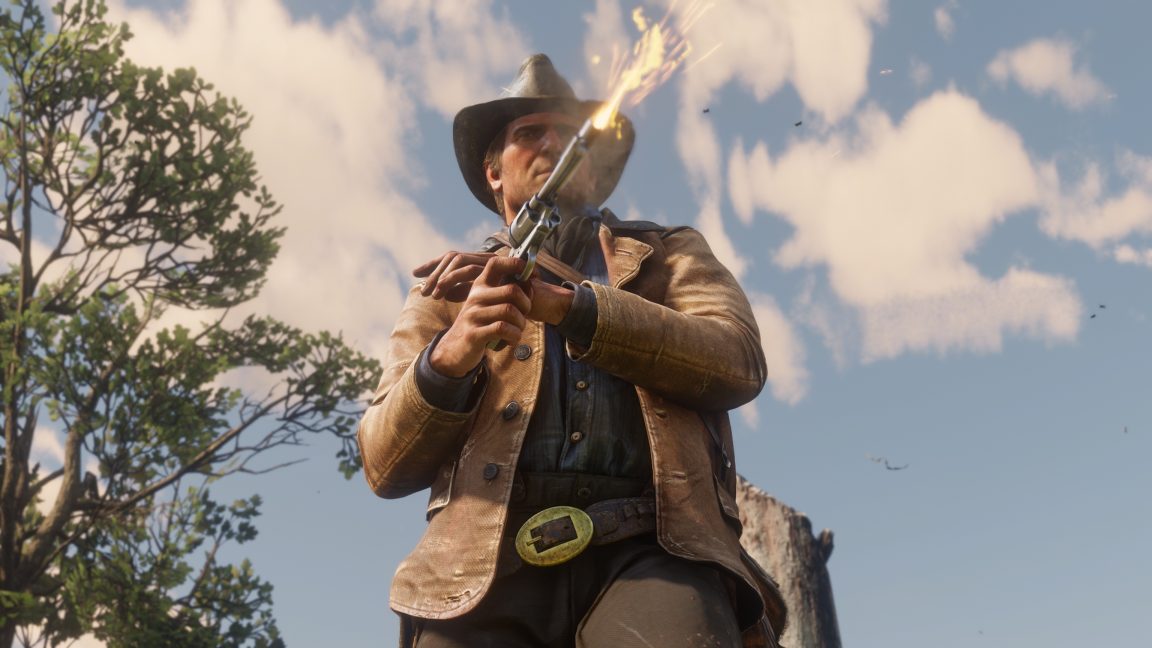 How to refill and upgrade Dead Eye

You can refill your Dead Eye meter by drinking tonics, sleeping and getting kills.

You can improve the amount of permanent Dead Eye bars on your Dead Eye meter by earning XP as you play. To earn Dead Eye XP you need to land headshots, kill enemies in free-aim, complete specific challenges related to weapons and shooting, as well as regular stuff such as skinning animals, crafting and cooking.

Also, keep an eye out for Valerian Root - this grants you an XP boost to reach the next level on the Dead Eye meter.

If you’re new to Red Dead Redemption 2, then check out our guides on how to upgrade your boys and arrows and where to find the best horse.