A modder has successfully designed a fully-functional Red Dead Redemption photo mode - for the original game, that is.

Despite being a beloved late addition to its critically-acclaimed sequel, the photo mode feature was not available in the original Red Dead Redemption. That's why one modder decided to tinker with the game's interface in order to implement their own Red Dead Redemption photo mode. The results were pretty flawless.

The modder in question - who goes by the handle Glitched Matrix - recently uploaded the fruits of their labour to YouTube. Check out the video below.

"My time-stopping mod combined with the JediJosh trainer's camera functions work hand in hand," writes Glitched Matrix in the video description. "Activating the camera keeps deadeye on without holding the buttons, I also have clear deadeye so the whole game isn't that Orange/Sepia tint."

As you can see from the video, the mod not only allows you to freeze time, but enables you to manipulate a functional free camera, in turn allowing you to frame shots from a variety of different angles. It's as good a photo mode as you could reasonably expect from a developer-built version, in that it permits you the same access and versatility as most official photo modes.

Check out some shots below 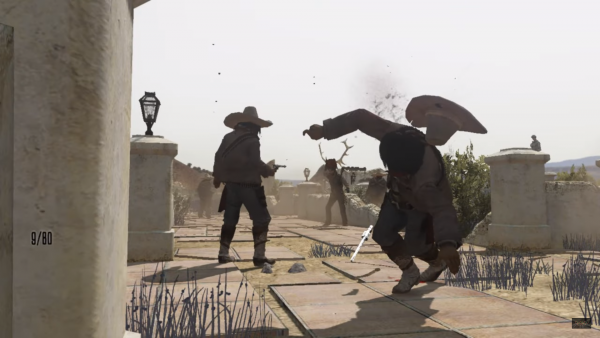 The degree of detail here almost matches what you'd expect from the Red Dead Redemption 2 photo mode, from the physics of the guy falling, to the shadows, to the stances held by John Marston and his still-standing foe.

Check out another shot, which showcases a newfound versatility when it comes to staging Red Dead Redemption photos mid-shootout. 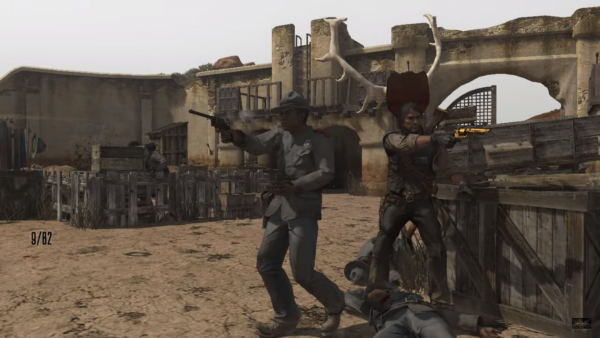 This is all especially interesting when you consider that photo mode only came to Red Dead Redemption 2 on Xbox One earlier this year.

Since then, players have been able to capture some of the remarkable details that occur in the background in Red Dead Redemption 2, such as the fact that bucks can get their horns tangled with one another, and that Arthur silently counts his bullets as he reloads. Now players can keep an eye out for similar details in the original Red Dead Redemption, too.