Recently, one particularly equestrian-minded cowboy decided to pet their horse in Red Dead Redemption 2 for an entire hour.

Video footage of the petting marathon was posted by a YouTuber named Sylx yesterday, May 12. You can watch the full video below, if watching a gruff Arthur Morgan ask, "Who's my girl?" once every few seconds is something you reckon you'd be interested in.

"I'm proud of ya," says Arthur at one point. His headpats are often more akin to the action involved in playing a bongo than petting a horse, but the sentiment remains lovely. On a pitch dark night, in a stable near Valentine, or Saint Denis, Arthur has decided to eschew the liveliness of a crowded Western pub for some slightly more timid company. It's certainly a lot more wholesome than the flaming horses that somehow became oddly endemic to the plains of Red Dead Redemption 2. 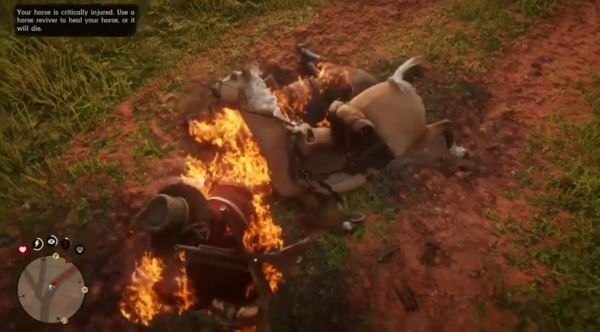 The description for the video perfectly captures the rationale behind attempting such an extraordinary, marathonic feat in the first place:

Again, listening to Arthur tell his horse how much he loves it to the eclectic score of dogs and drunkards barking at one another in the twilit dusk is completely absurd, but it's also lovely. 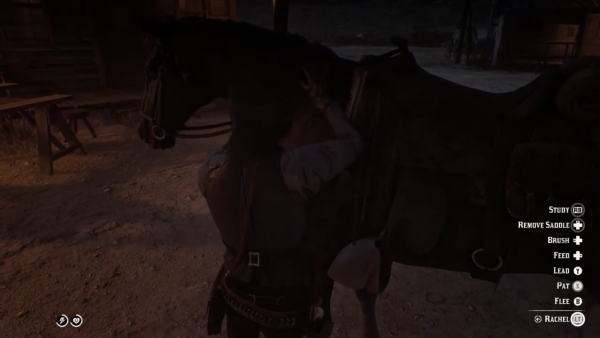 After approximately one hour and 20 seconds, or 3,620 seconds if we're to convert to a standard unit, Arthur finally stops petting his horse. Watching the sporadically spaced pats over the course of about 40 seconds has led me to believe that, on average, between speedy double pats and more relaxed scrunches, Arthur pets horses at a speed of about 1 head pat per second, meaning that we can arrive at a clean estimate of roughly 3,620 head pats provided throughout the course of the video.