Black Friday and the holiday season wiped out the vast majority of current-gen console stock, but it seems Microsoft is still trying to shift a few leftover Xbox One X consoles with this latest round of bundle deals.

If you head over to the Microsoft Store you can find six different Xbox One X bundles up for grabs at $350 a pop. Not only is that a great price by itself, but you also get the added bonus of an extra Xbox Wireless Controller thrown in for free, too. That’s a decent $50 saving.

The first of the lot of especially good to see included, as it comes with the exclusive Kait Diaz controller plus a copy of all games in the Gears of War series. Not bad for $350! 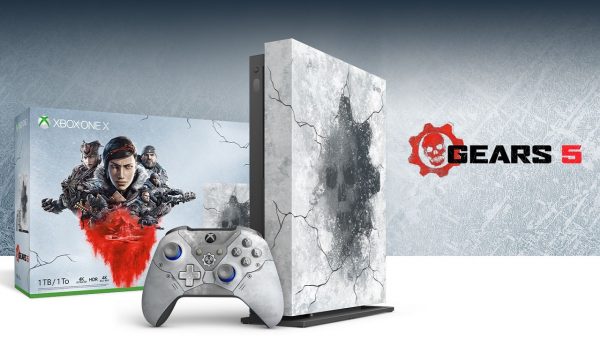 If you don’t want to shop through the Microsoft Store, you can also find some (but not all) of these Xbox One X bundles for the same price at both Amazon and Best Buy. Also, the bonus free controller offer is not available at Amazon.

All in all, it’s a great way to get yourself an Xbox One X console for cheap this late into its life cycle. Even though the Xbox Series X is on the horizon, games will still be released for the older Xbox One, so you won’t be missing out on new launches for some time yet. In our excitement, Alex has been thinking about which franchises should be brought back for the Xbox One X.

If you want to ponder things some more, you can read everything you need to know about an Xbox Series X pre-order. You’ll also find our guide to getting the best Xbox Game Pass Ultimate deal and our picks for the best Xbox One external hard drive.