Amazon US has gone wild with the storage discounts today. Great news if you're needing a Nintendo Switch SD card to boost your console's storage space.

A trio of SD cards is reduced in their assortment of daily deals across SanDisk and Western Digital products.

Of the three, the best value of the lot is this 400GB SanDisk Ultra microSD card for $47.99. Going by our Amazon price tracker, it's the first time this card has dropped under $50 since release.

If you're looking for a high capacity Nintendo Switch SD card you can't get much better than this. Sure, larger sizes are available, but they cost frighteningly more money and are excessive to your needs. When you consider that the average Switch game is somewhere between 7-15GB (and that's including many major releases) you won't fill a 400GB card any time soon. Pick one of these up and you'll be set for life, I reckon. 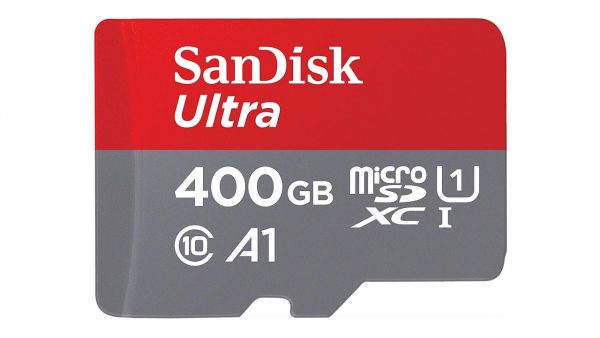 Of course, if your gaming habits are a little more relaxed, you might want to save a few dollars and get the 256GB SanDisk Ultra microSD card for $31.99 instead. It's another perfectly good choice when it comes to an SD card for Nintendo Switch. It has enough space for you to install Breath of the Wild over 19 times! Yeah, that'll do for most people.

Cheaper still, you could also consider the 128GB SanDisk Ultra Memory Card for Nintendo Switch at $22.35. This one has been given the official stamp from Nintendo but it means nothing in terms of performance or compatibility. It does come with a cool design, but you'll never see that once it's been inserted into your Switch. It's not worth it for the markup in price over the standard SanDisk cards at the same capacity, which perform exactly the same job.

Ultimately, it'll come down to your budget and needs as to which will be the best Nintendo Switch SD card to go for. In our view, the 400GB one is an easy choice if you want max capacity and future-proofing. On a smaller budget, the 256GB one will serve you well.