Still not played one of the best RPGs of this generation? Now’s a chance to do so for cheap, as The Witcher 3: Wild Hunt is now 70% off at Steam and GOG to celebrate the game’s fifth anniversary.

For just $13 you get Game of the Year Edition, which includes all the downloadable content and both expansion packs that were released for The Witcher 3. That’s the smaller Hearts of Stone expansion and vast epilogue Blood and Wine. Both are terrific additions to the game.

But the offers don’t end with The Witcher 3. In fact, both stores are running sales on the entire Witcher franchise for the remainder of the week.

You can go back to where it all began with the first game in the series for $1.49 from Steam or GOG. I haven’t touched The Witcher since an initial playthrough back in the day, but I imagine it’ll be ropey as hell to play now. If you can look past that (and the dodgy card rewards you get for smushing with various characters), the narrative strengths still shine through.

Then there’s The Witcher 2: Assassins of Kings for $2.99 at Steam or GOG. A phenomenal game that delivered on a lot of the promise seen in the first entry. This should still be easily palatable when compared to modern standards and will serve as some excellent backstory if you jumped in at The Witcher 3.

Lastly, there are the two spin-offs from the series. Thronebreaker: The Witcher Tales is the better of the two. It takes the hugely popular Gwent card game and turns it into a single player adventure set in The Witcher universe. It’s $10.58 at Steam and GOG. 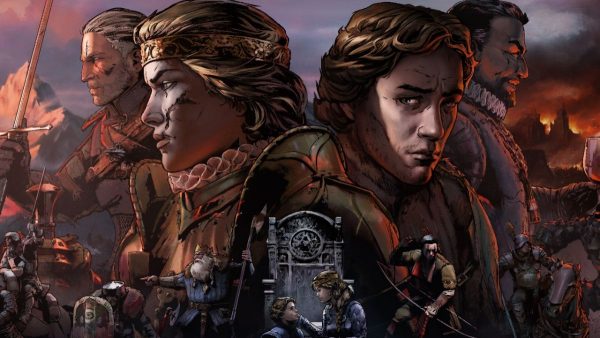 As for The Witcher Adventure Game? Well, it’s a half-decent adaptation of the board game of the same name. It’s a bit simple and not massively exciting, but for a little over a dollar on Steam or GOG, you can have a fun few games with your Witcher-obsessed entourage.

But your celebration of The Witcher 3’s fifth anniversary doesn’t have to extend to rampant capitalism if you so choose. Why not peruse any of the fine stories here at VG247? There’s everything from Kirk’s The Witcher 3 anniversary interview with CD Projekt Red, Sam’s retrospective on The Witcher 3 and even a hint that The Witcher 4 could feature Ciri – if it ever happens!

As for more gaming bargains? Well, you can always find them at Jelly Deals. We’ve got a look at the best external hard drive for PS4, a roundup of the best Xbox Game Pass Ultimate deal and where you can find a cheap Pro Controller for Switch.