If you’ve had your eye on a few games as we’re in the midst of the busy release period for the year then you’ll want to check out this 3-for-2 promotion at Amazon US.

Whether it’s Call of Duty: Modern Warfare, The Outer Worlds or something else you’re after that’s been released in the last few months then you should find it included in this offer. All you need to do is add the three games you want to your basket and then the cheapest item will be dropped to the wonderful price of free.

With some of the major recent releases that are selling for the full $60 there’s a considerable saving to be had. Some older or less popular titles are included in the promotion, too, which will work as nice freebies with your purchase. 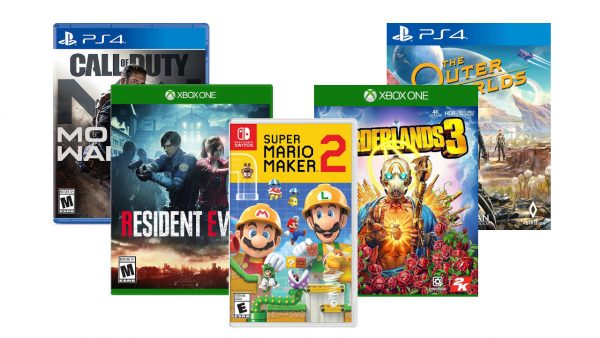 I’ve gathered up a few of the highlights below, but be sure to check out the full range of games in the Amazon 3-for-2 promotion as well!

Before you pick from that lot, though, you should know that the Amazon 3-for-2 promotion also includes other items such as DVDs, Blu-rays, board games, vinyl and loads more. Again, new releases are well-represented there, with Toy Story 4, Avengers: Endgame and, er, Babymetal all included.

Handily, you can mix and match across categories if there’s something you want from the wider selection. Remember: the cheapest item is the one you’ll get free!

And for all the latest gaming offers, why not pop over to Jelly Deals? You’ll be able to find the best price for Red Dead Redemption 2 on PC, our picks for the best PS4 external hard drive and the best deal on Xbox Game Pass Ultimate.