The month of July has begun and, hopefully, some of that payday money is still bulging out your bank account so you can take full advantage of these console game deals.

Leading the way with Donald Duck’s mad quacking about finding some ingredients is Kingdom Hearts 3 for $30 on PS4 and Xbox One at Amazon US. That’s one of the cheapest prices we’ve seen the third numbered entry (and 12th actual entry) in the Disney/Square Enix mashup. 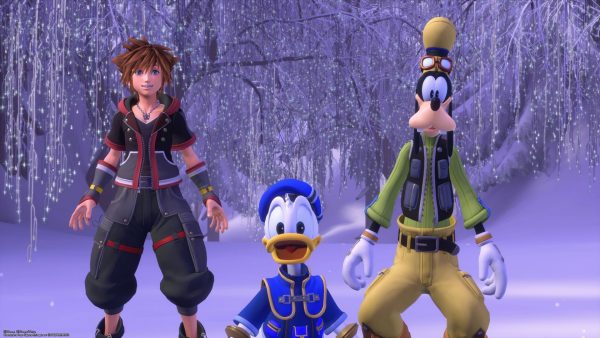 For another vast adventure between different realms but of a hugely different tone, God of War is down to $25 at Amazon US too. The reboot was one of the finest games of 2018: a technical marvel with a weighty combat system and gripping story that brought Kratos’s grimacing mug fully up-to-date.

Meanwhile, over at Best Buy, you can find the Anthem Legion of Dawn Edition for $24.99 on PS4 and Xbox One. Bioware’s loot-shooter launched with little more than a splutter and has been struggling to fly ever since. There are glimpses of something good when soaring around in your javelin suit but without more drastic improvements it’s going to remain a bumpy ride.

That’s just a small sample of all the best game deals out there right now. For even more you can keep an eye on Jelly Deals, where you’ll also find our collection of the best PS4 external hard drives and cheapest PlayStation Plus deals.