This should definitely be of interest if you’re looking for a way to get Xbox Game Pass Ultimate for cheap.

With some clever sequencing and a somewhat considerable investment, you can secure yourself up to three years of Xbox Game Pass Ultimate for a lot less than the actual price. All you need to do is stock up on and convert your existing Xbox Live Gold and Game Pass subscriptions.

Let’s break it down into a step-by-step guide so you can make the most of this offer while it’s available:

Of course, if you decide to take full advantage and grab the full three years available you will be handing over a lot of cash, but saving around £250/$360 compared to paying the full three-year price for Game Pass Ultimate. It does also mean, however, that you’re covered for those three years ahead – something you may consider worthwhile if you expect to be sticking around on your Xbox One for a long time to come.

It’s a pretty sweet deal when you consider you’ll be getting the likes of Gears of War 5 and other Xbox exclusives on the day of release included too. We just wrote about how Game Pass Ultimate is the best subscription service going – and this is cheas. 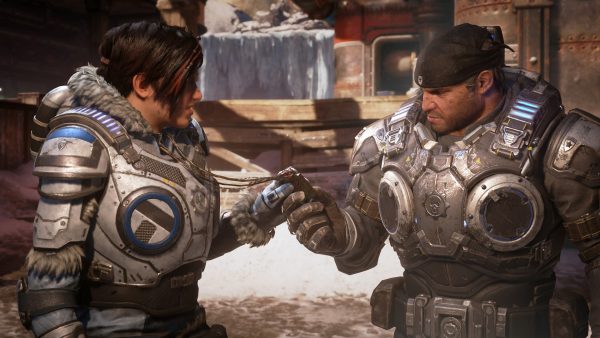 However far you take it, be sure you sign up for Game Pass Ultimate before the £1/$1 introductory offer expires after E3.

One thing worth mentioning too is that any Xbox Live Gold subscriptions you want to add to your account after joining Game Pass Ultimate will be converted at a lesser ratio. They are as follows:

Game Pass Ultimate became available to all on Sunday ahead of the Microsoft press conference and Alex is already a fan. The service includes Xbox Live Gold and gives you access to a rolling library of over 100 games – such as forthcoming Xbox exclusives such as Gears of War 5 – for you to play on your Xbox One or PC.