You’d usually expect to find a Switch console sitting at around £280 when bought on its own, so that gives you an idea of how much money you’re saving thanks to this offer.

However, it’s worth pointing out that two new Nintendo Switch models are rumoured to be released later this Summer. Reports have suggested that there will be a cheaper and more robust version targetted at children, as well as a more powerful iteration of Nintendo’s hybrid console.

Obviously, neither of these are confirmed yet in the slightest, so it’s impossible to say whether either potential model will alter the price of the existing Switch model too. It might be something to keep in mind, though, if you’re considering picking up a Switch soon and one of these other versions seems more suitable for your needs!

Whatever you choose to do, the Nintendo Switch deal currently available at Simply Games will only be available for a very limited time so don’t wait around too long and risk missing out. 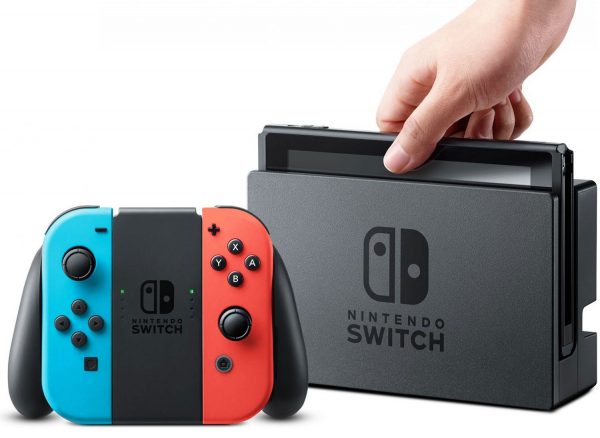 With the money you’ve saved on the console, you might want to consider pairing it with a good game deal or two. To give you a few ideas, the best price I’ve seen for Pokémon: Let’s Go Pikachu or Pokémon: Let’s Go Eevee is £35.95 at The Game Collection. Mario + Rabbids Kingdom Battle – the barmy but brilliant strategy RPG – is also super cheap at £21.99 from Amazon UK.

Lastly, with its release date just a day away, you can put down a pre-order for Yoshi’s Crafted World with a Yoshi’s Egg Backpack for £60 at the Nintendo Store.  Considering that the bag is usually £30 when bought separately, that gives you a nice saving on the pair!

We’re always keeping an eye out for all the best Nintendo Switch deals be sure to follow us over on Jelly Deals!