If you’ve still been waiting on picking up Red Dead Redemption 2 then a deal of the day over at Best Buy may tempt you to lasso a copy for yourself. 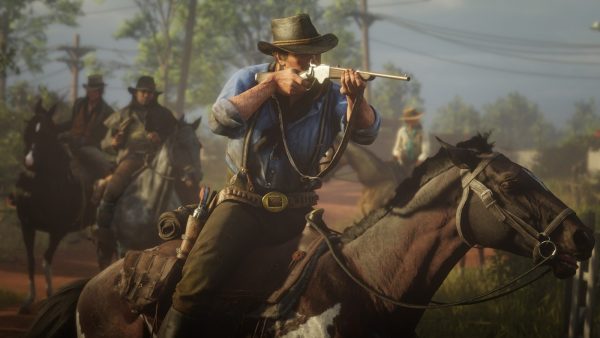 That’s an astonishingly low price for a massive game that’ll have you trotting across the frontier getting up to all sorts of benevolent or nefarious hi-jinks as gang member Arthur Morgan. Whether you want to hunt wild animals, race your horse or shoot your way through civilisation, there’s always something you can be getting up to.

Red Dead Redemption 2’s complete focus on all sorts of fiddly mechanics such as proper animal tracking and ensuring you’re fed and watered leads to some tedious moments, but for the most part it is a grand western opus with ludicrous scope.

While you’re at Best Buy, you might also want to take a look at the rest of their 4th of July Sale. There are loads of products all on offer including the somewhat underwhelming PlayStation Classic for $24.99, a SanDisk Ultra Plus 256GB microSD card for just $44.99 that’ll go perfect in your Switch and $500 off this 75″ Samsung LED 4K UHD TV with HDR.

For even more gaming offers and bargains do head on over to Jelly Deals. If you’re thinking of giving Red Dead Redemption 2 Online a try then you’ll definitely want to look at all the cheap PlayStation Plus deals we’ve rounded up.