Let's shoot some hoops! Here’s how to score a basket on five different hoops, including a map of the basketball court locations you need to complete this challenge in Fortnite.

To tick this off your list, you’ll have to equip the basketball toy in an emote slot from your locker - it’s unlocked at tier 13 on the season 5 Battle Pass. You then use it in-game as you would an emote.

Another thing to remember: To score five different times you have to visit five different courts. You can't score at both ends of a court and have it count for two.

Score a basket on different hoops - all basketball locations:

There are nine basketball hoop locations that are widely known at the moment. Five on the western side of the map, one in the middle, and three in the east.

As for actually scoring a basket, I’ve found the most success by standing just behind half court on the edge, or just outside of, the centre circle and aiming directly at the rim of the basket and slightly to the right. This ends up being about nine or ten meters away from the hoop.

You can find basketball hoops at the following locations: 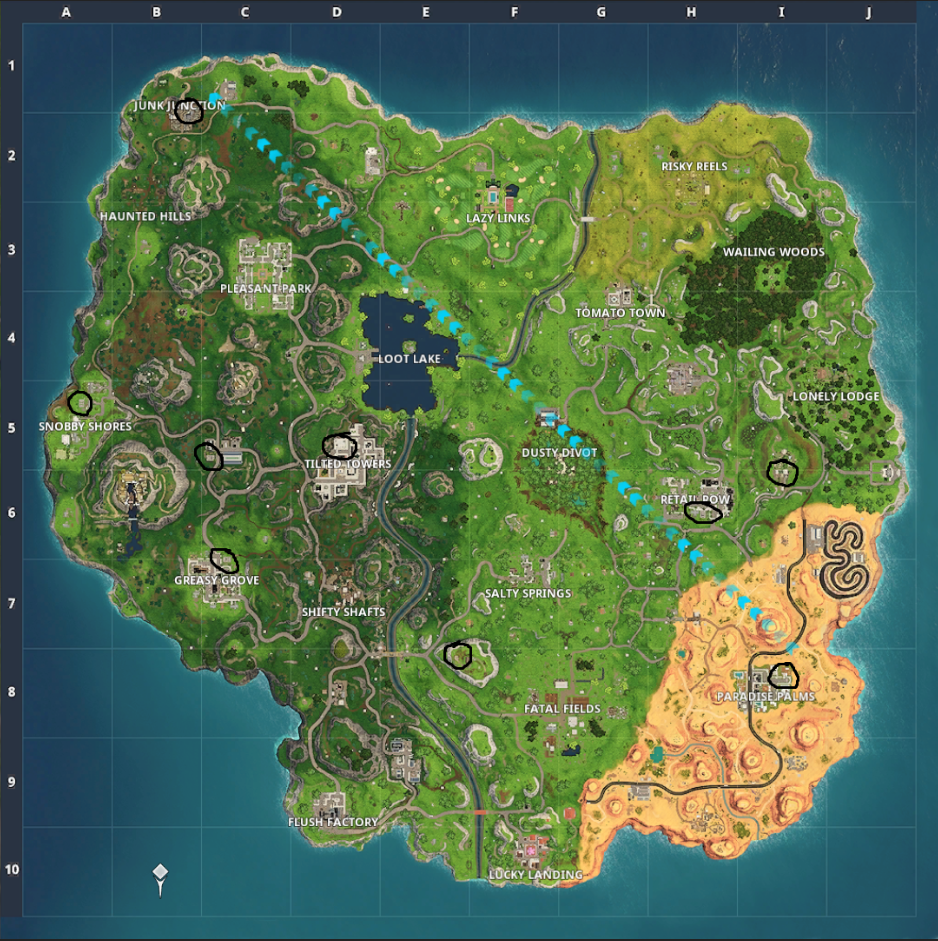 If any more hoops show up we’ll add them to the list.

As for hoops that aren't on the map above, you can find another one in the northeast of the unnamed shipping container area that's between Tomato Town and Retail Row.

Once you've finished up here, how about taking on this week's new challenges? Here's where to search where the Stone Heads are looking and how to complete Timed Trials.