There’s a jigsaw puzzle hidden in basements around the Fortnite map – your reward for solving it: ten Battle Stars. Here are all of the Jigsaw locations that we’ve found so far, so you can tick off this week’s special challenge.

There are actually loads of basements littered around the map, so we’ll only list seven main ones that you’ll need to visit to complete the challenge. If you’re running into a lot of other players and finding it difficult, we’ll add an extra list below with addition locations.

There are the seven basement Jigsaw locations that you need to search to earn your Battle Stars this week. Take a look at the map below first, then we’ll expand with full written descriptions: 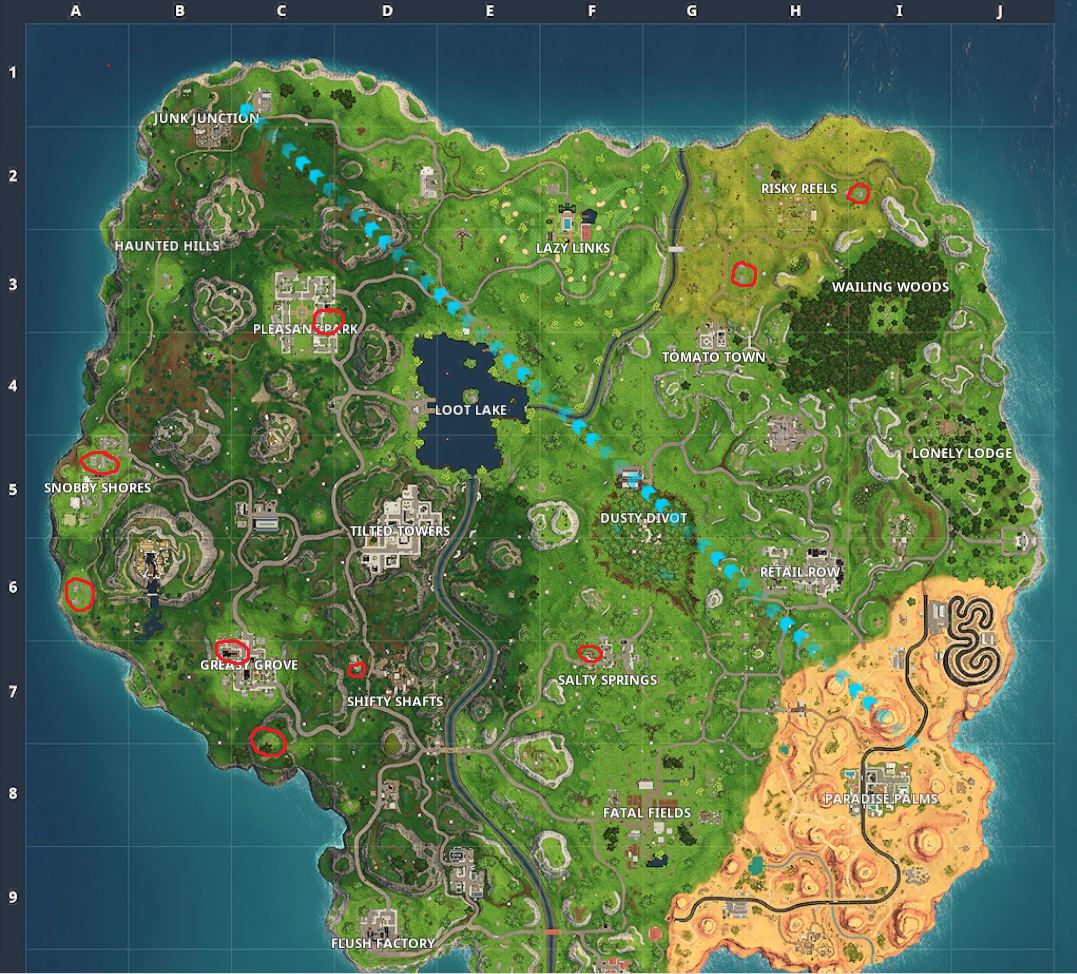 In the east of Pleasant Park –

Even further north of Tomato Temple –

When you’re done here, why not search between a covered bridge, waterfall, and the 9th green?

For help with the rest of the week 10 challenges, take a look at our full page.

You’ve only got another week to finish off all of the challenges from Season 5, use the links below for our guides on every challenge. Here’s a look at the new Spiky Stadium and Port-a-Fortress. Season six is on the way, so here’s everything we know about it so far.

You might have noticed that the cube fell into Loot Lake and the water is now purple and bouncy. It’s anyone guess what will happen over the next few days, so until then check out the newest Xbox One S Fortnite bundle and the latest Daft Punk DJ Llama and Bandit skins that have been leaked so far.