We’re four weeks down already! Here’s where to find all of the Road Trip secret hidden Battle Stars, separated week by week. Running parallel to the rest of the tasks in Fortnite Season 5, there’s an extra special goal waiting for you at the end.

Once you’ve completed all of the challenges in a week, you’ll unlock a special loading screen. Somewhere on the loading screen will be hidden directions to a secret Battle Star which gives you ten bonus Stars towards your Battle Pass progress.

In the first week, you’re headed to the west of the new location Lazy Links. On the map you’ll see an umbrella shaped ditch in the ground. On the northern tip of the umbrella – up on a small ledge – is where you’ll find the Battle Star.

Here’s a screen of the location: 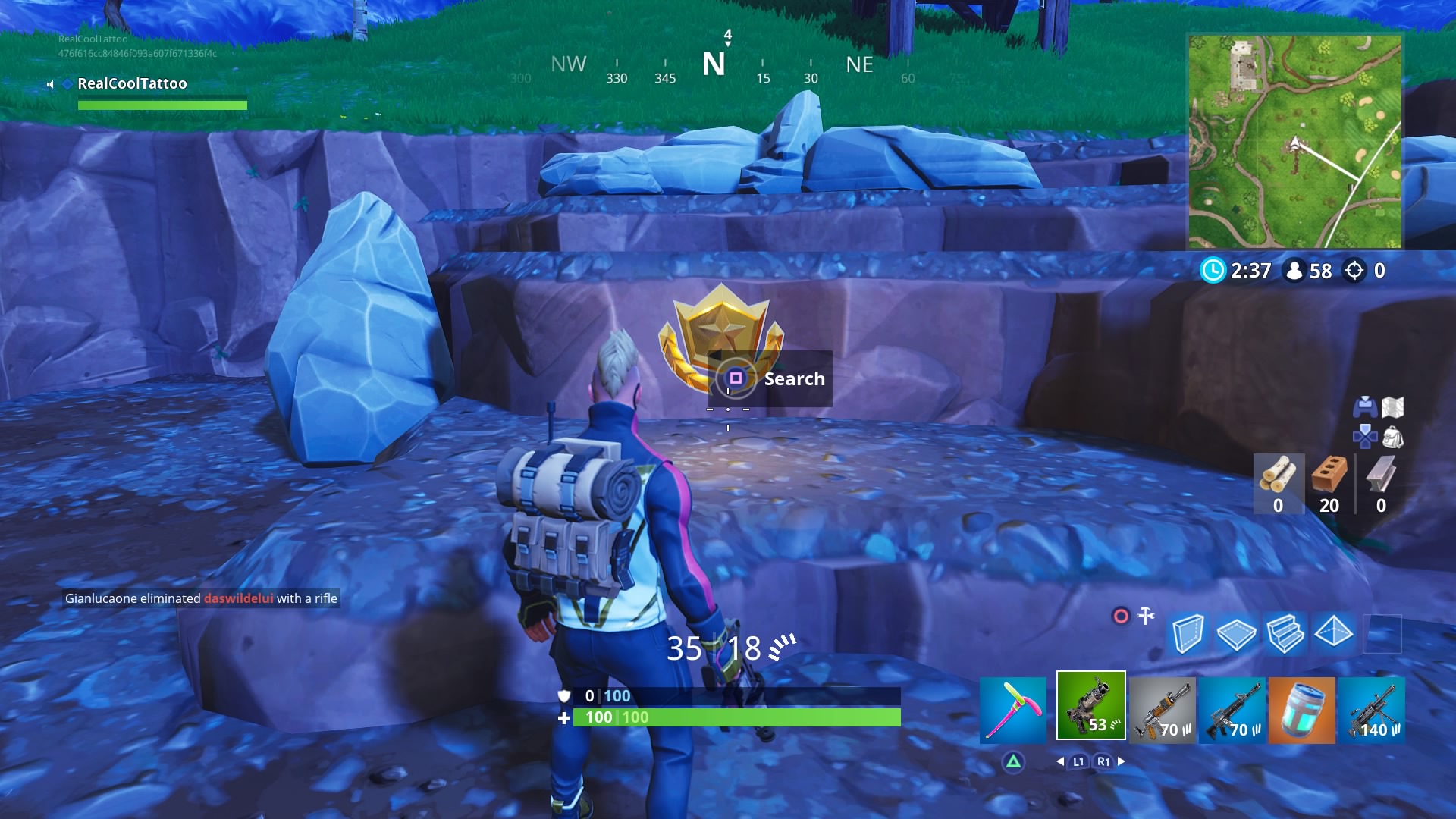 For Week 2 you’re dropping in at Lazy Links again. This time the Hidden Battle Star is on top of the main clubhouse in the north of the area – to the north of the swimming pool. It’s on the highest point of the building. You can see it marked on the loading screen below: 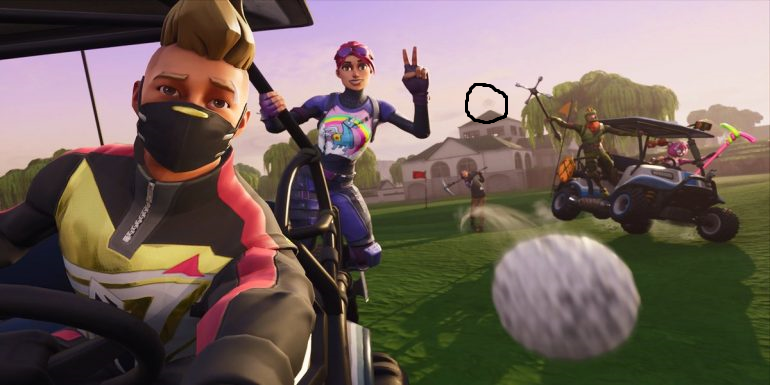 The Week 3 Road Trip hidden Battle Star is in the far northeast of the map in reference J2. It’s just to the south of the house you find on the cliff edge: 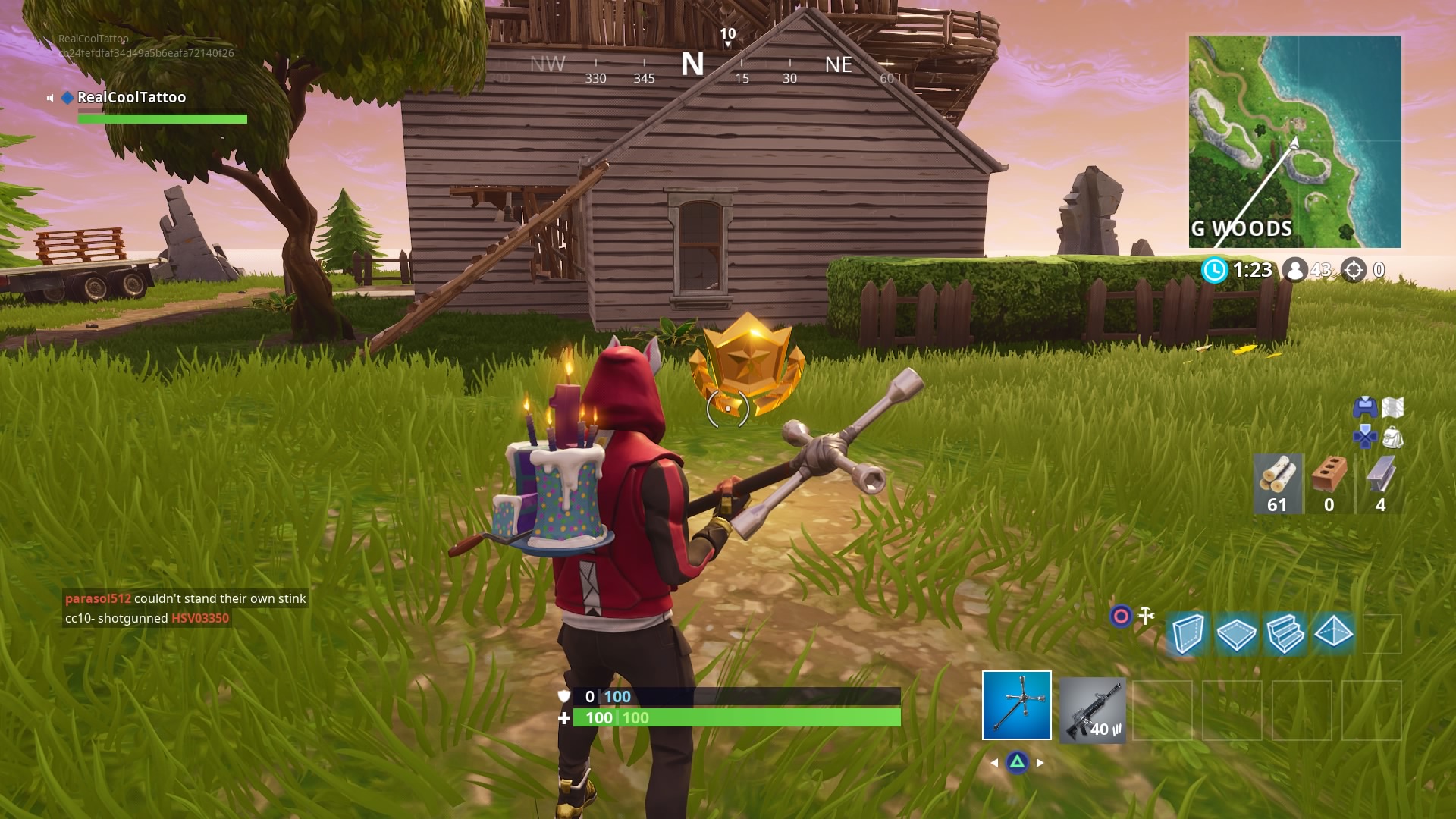 For Week 4 you’re meeting a new friend with impeccable fashion sense. This secret star is on the back of the giant camel that’s drinking with a cap on to the southwest of Paradise Palms. More specifically, he’s to the west of the unnamed gas stations that’s south of Paradise Palms: 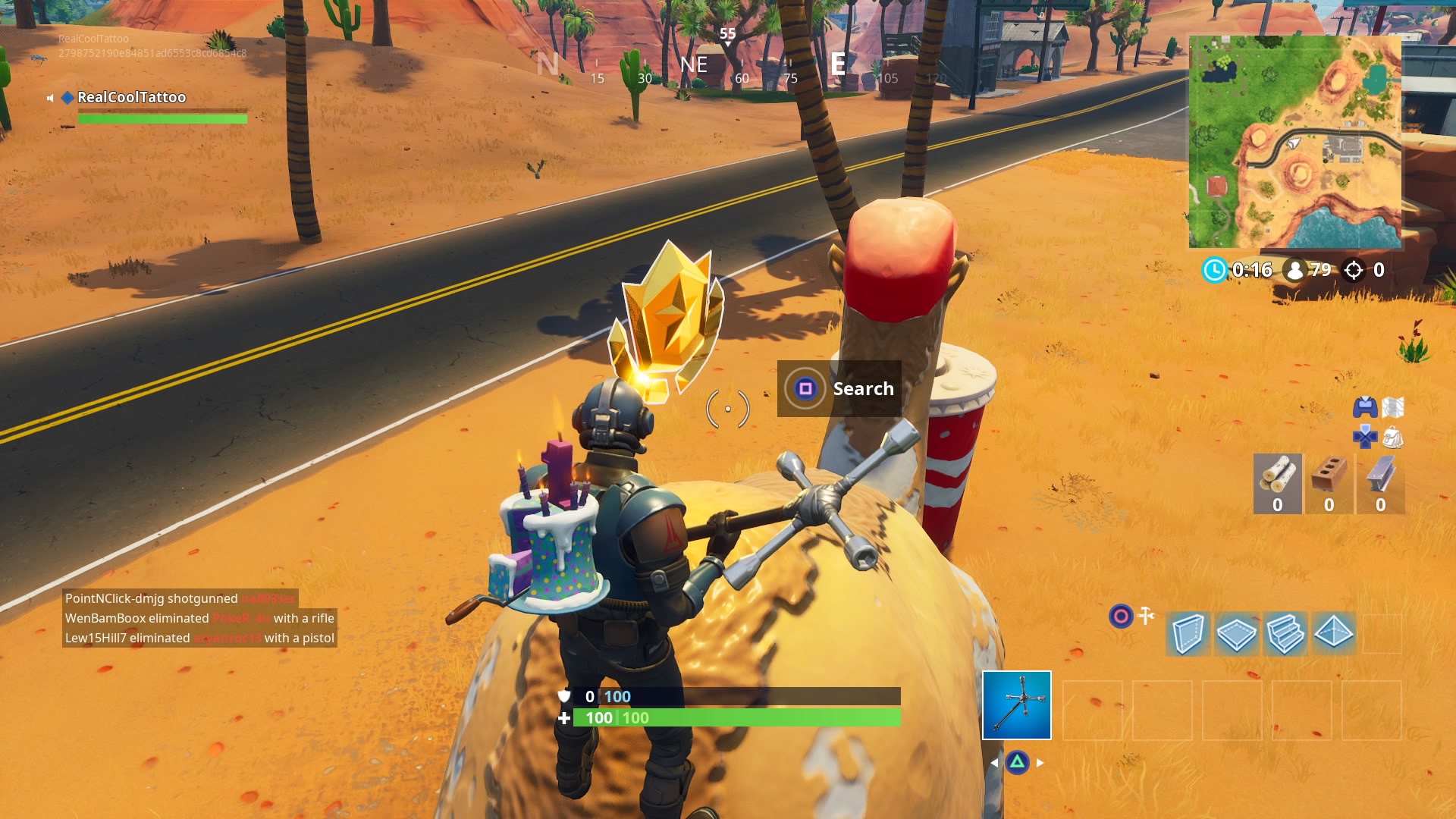 Once you’ve completed all of this week’s challenges, there’s still plenty to do. Why not find an ATK and take it for a spin. Or work on grinding out XP to level up your Drift and Ragnarok Skins.