Genshin Impact Naku Weed is a brand-new plant in Inazuma, and you might need quite a bit of it in the next few weeks.

Naku Weed is a new Ascension material. While it’s not as plentiful as some new Inazuma materials, there are ways to change up your Naku Weed farming methods and make life easier.

If you grab Naku Weed in the wild, you might be wondering what it does, and there’s good reason for that. Naku Weed doesn’t have much purpose unless you have a couple of characters or plan on crafting Electroculus Resonance items.

It’s a level-up material that, for now, only works with Yoimiya and, as of the version 2.7 update, Kuki Shinobu. Yoimiya’s banner is long gone for now, though Shinobu's begins in mid-June.

However, it might still be worth gathering Naku Weed for the future, even if you don’t want Yoimiya. Common plant items like Naku Week are often used in other character Ascension, e.g. Valberry for Noelle and Rosaria. This is still early in the Inazuma update, so it wouldn’t be surprising to see other new characters end up requiring Naku Weed further on, especially if Hoyoverse takes us back to Inazuma.

Naku Weed are scattered around Inazuma’s three islands. The bulk of them are on Kannazuka Island, with a few on Narukami, and even fewer on the third island.

Make sure to pick up some Sakura Bloom while you're here. 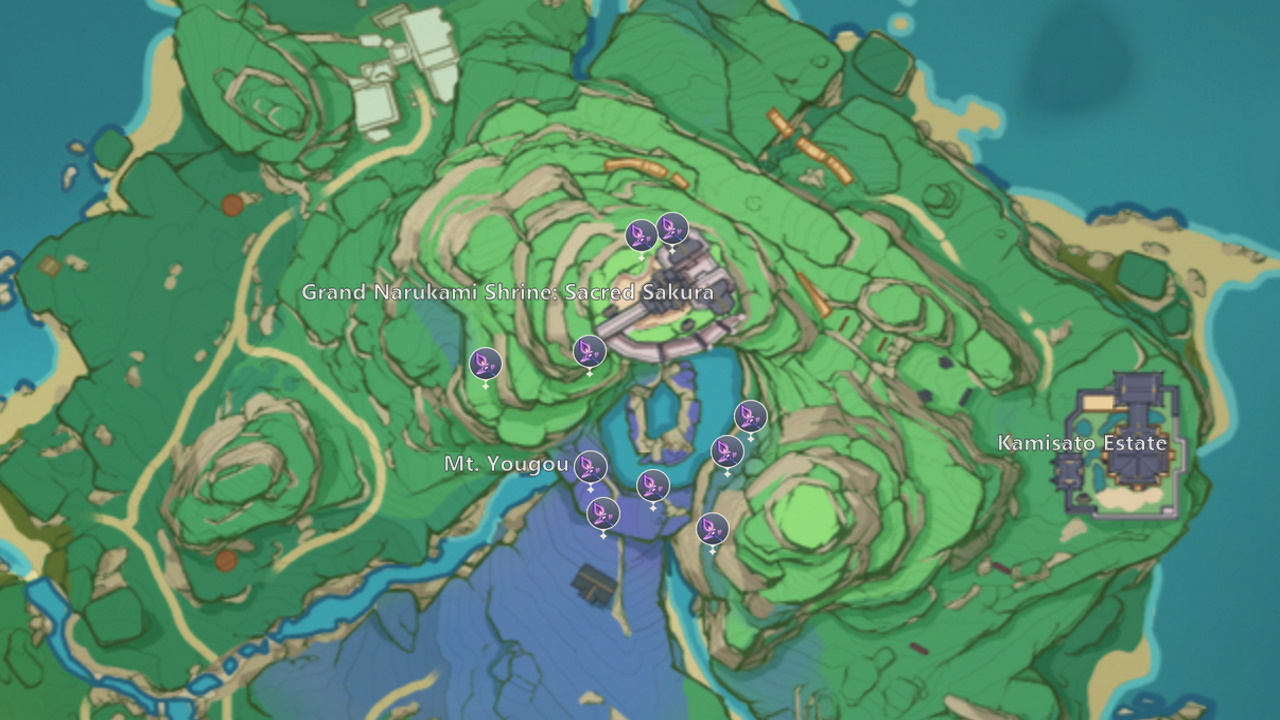 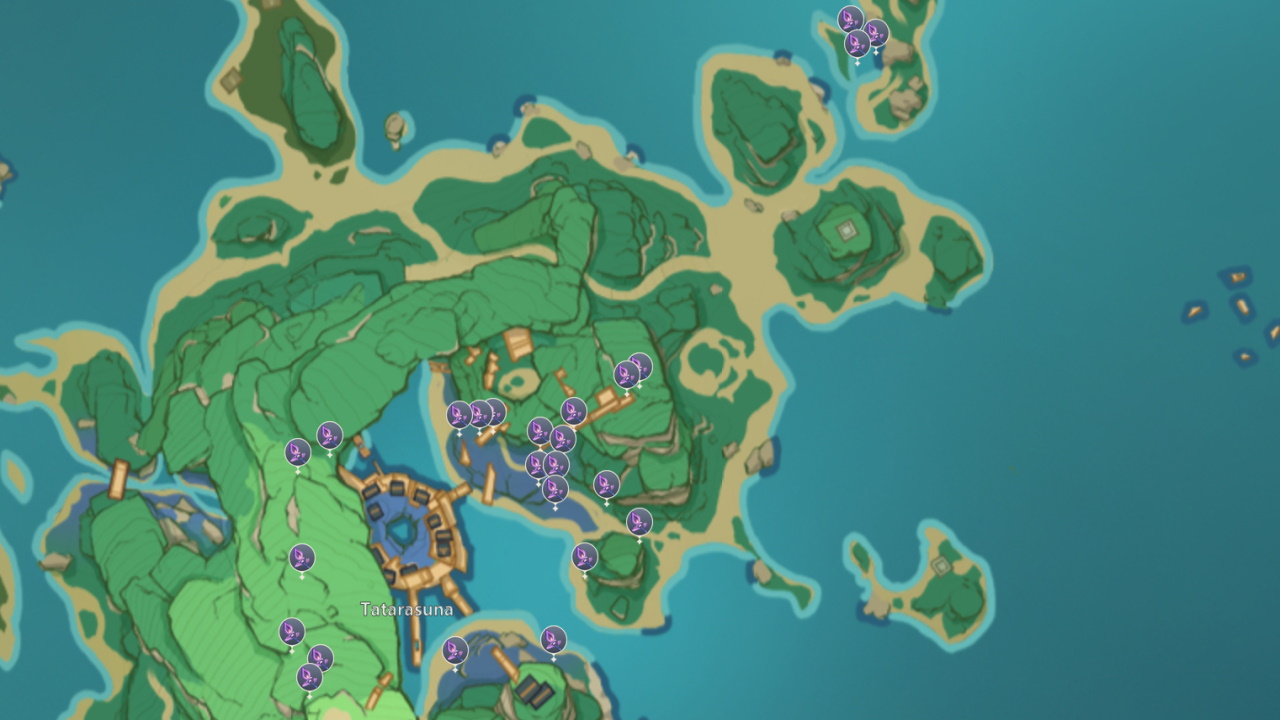 Two Naku Weed also grow near the mine further south. 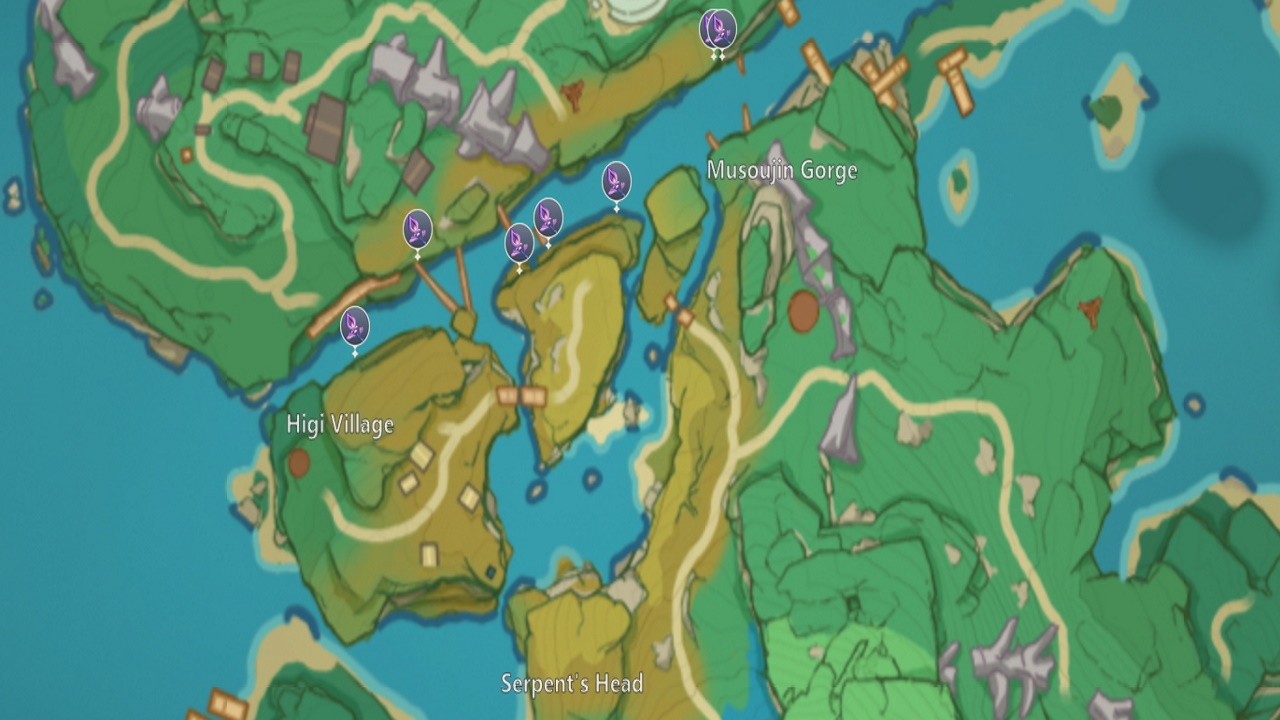 You can plan a route to farm Naku Weed and even pick up Sakura Bloom along the way, or you can actually farm them for real in the Serenitea Pot thanks to a new feature in the 2.0 update.

Once you reach Inazuma reputation level 3 and get a Naku Weed from Madarame Hyakubei, you can complete “The Art of Horticulture” quest. Madame Ping gives you a Seed Dispenser gadget as a reward.

Equip that, and pick up items to turn them into seeds. Naku Weed in particular flourishes in Luxuriant Glebe area of the garden.

If you get bored gathering items, tackle some of the new Genshin Impact update's quests, including the Konda Well quest and the Araumi puzzle that leads to a new Domain.