The Plus Menu is just one facet of Battlefield 2042's clear ambition.

Sometimes the quietest noises are the most interesting. Battlefield 2042’s Plus System fits that description perfectly.

The Plus Menu sits on the right hand side of the screen for every player, and it’s one almost everyone will rely on when they play. The Plus System is essentially Crysis’ dynamic, on-the-go weapon modification mechanic, which has always been one of that series' most recognisable aspects.

As in Crytek’s shooters, Battlefield 2042 allows players to change any given weapon’s configuration in the field. By bringing up the Plus Menu (named after its shape), you can change a weapon’s sights, barrel, under barrel attachment, and ammo type.

We saw an example where the player moves from a medium-range firefight on the ground, to a close-quarters fight on the roof of a skyscraper. During the elevator ride, the player was able to switch to a shorter barrel, a different ammo type for a faster fire rate, and red dot scope. 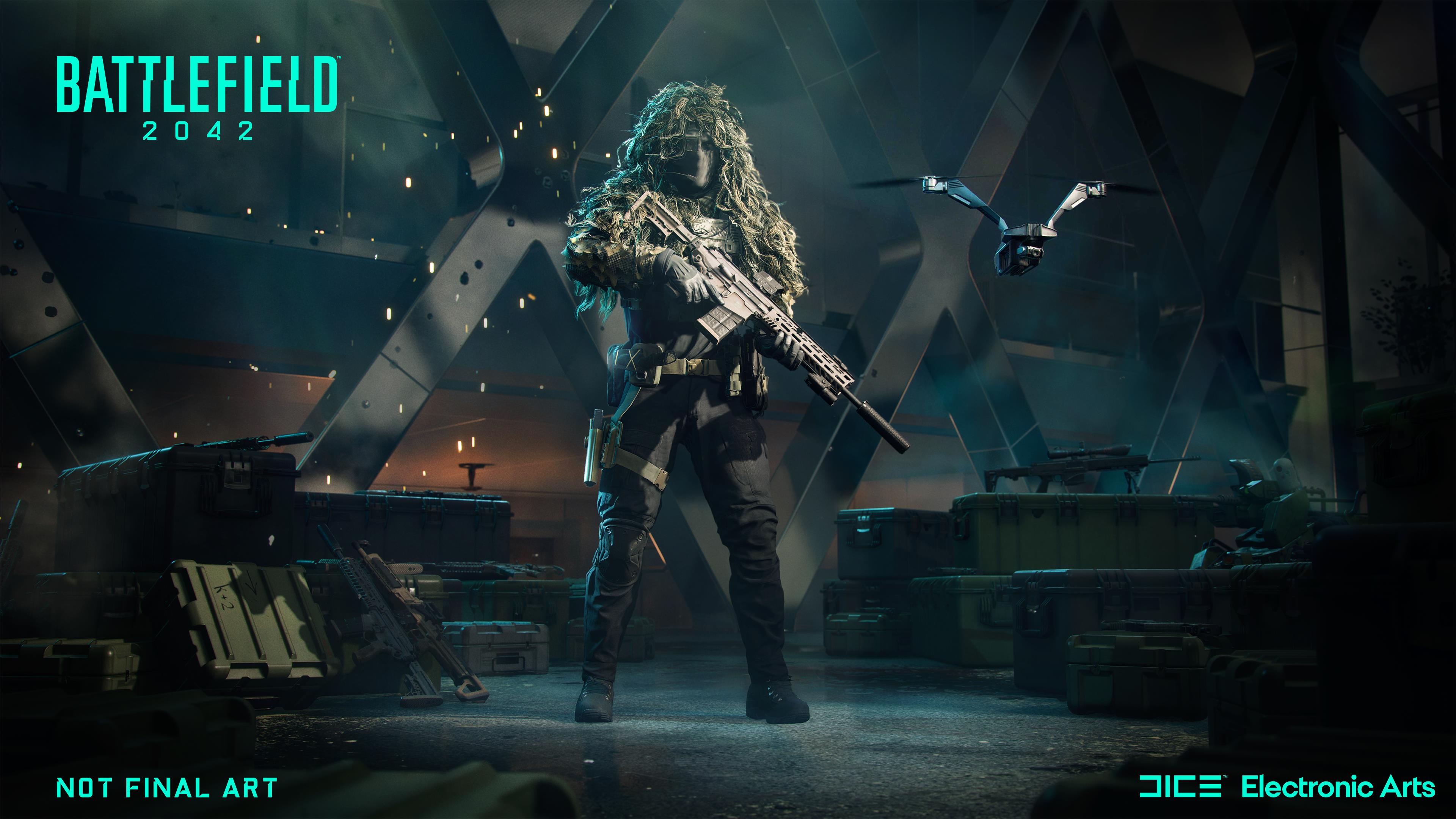 DICE said the intention is to enable players to make these sort of changes simply by ducking behind cover for a moment, without having to die, go into a separate weapon customisation menu, and respawn.

It remains to be seen how useful this is going to be in the moment-to-moment, but the potential for it is unquestionably enormous. I would also like to find out if players can pre-pick a set of attachments that appear in the Plus Menu, as I imagine weapons will have significantly more than the few that fit in the Plus Menu.