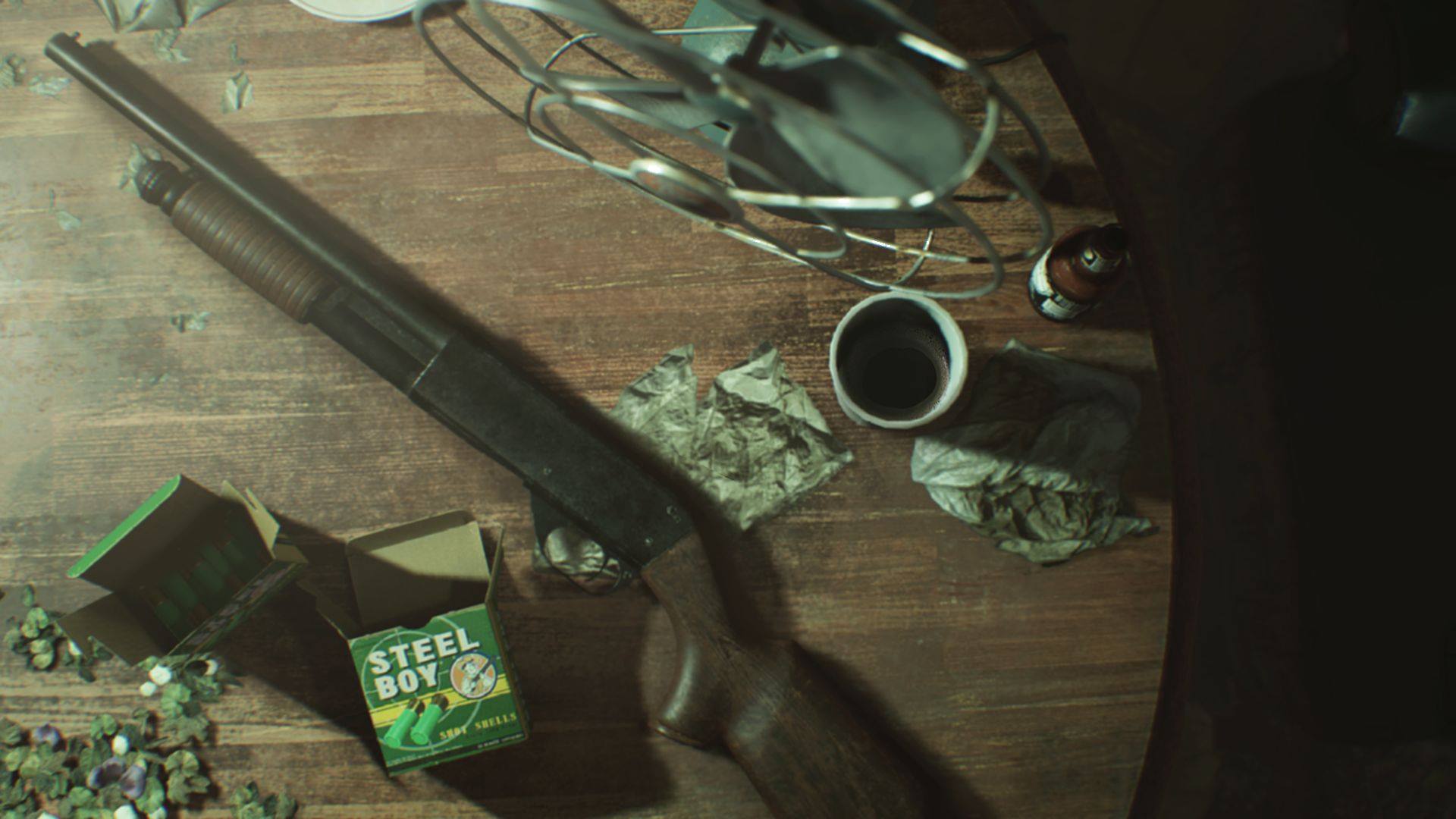 Resident Evil 7 Guide: Walkthrough #9 - How to get your hands on a grenade launcher

At the end of the previous part you should finally have got your hands on the Crow Key. This key will let you get into the next major location to advance the story, but it'll also let you into an entirely optional new room back in the main house. Fancy a grenade launcher to blast the molded and the bakers with? Let's backtrack...

Carefully sneak your way past Maugerite back towards the main entrance to this house and from here head back up towards the main house. Stop off at the trailer to save if you want, but don't worry too much - the house should be enemy-free now, making this an ideal time to do a little bit of searching for any items you missed if you're so inclined.

You want to head through the Scorpion door on your immediate left as you enter the main house through the dog-headed doors and head straight on from here. Eventually you'll be in the room where you encountered your first molded and then the room with the dead deer. Poor deer. Anyway - the Crow door is in this room, and this leads to a new room, 'storage'.

Now we're talking! Ammo for the grenade launcher is ridiculously scarce, though you can craft flame rounds with strong chem fluid and solid fuel if you wish. Our advice is generally to hold on to this bad boy for the boss battles to come - and oh, they're a-coming...

With that done, now head back to Maugerite's house. Cross the bridge you used the crank to lower and head towards the crow door. Steel yourself. Go open it. 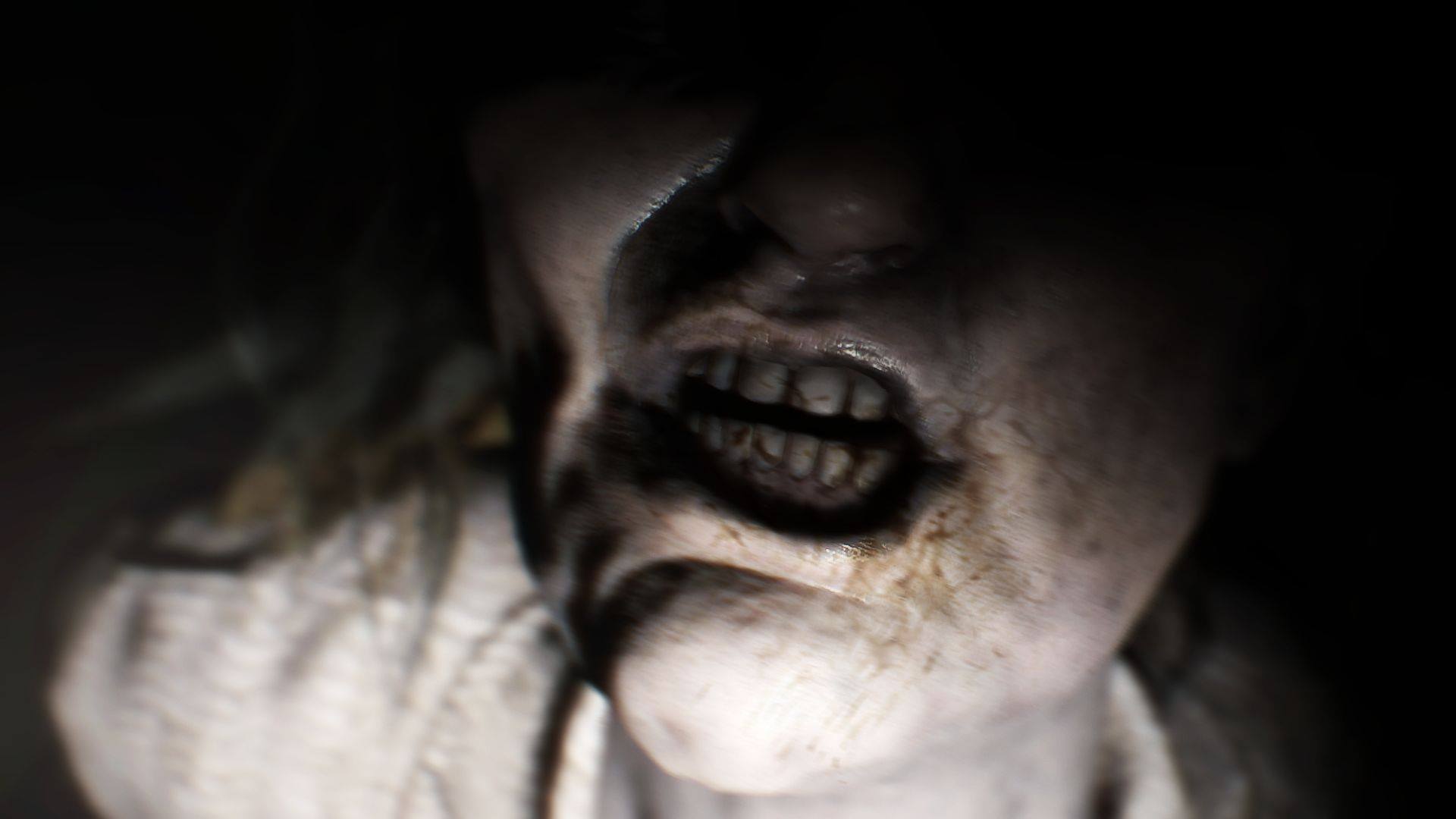 Once you head towards the crow door, Maugerite will surprise you, and, well... damn. At this point you're at the bottom of a pit and she's crowing (no pun intended) at the top of it while also sending a slew of her nasty insects down to attack you.

This is really only a mini-fight, but here's a few quick pointers:

Once she's dead, head back upstairs and finally open that crow door. This area is safe - don't worry about going in guarded. This is all about story.

Story drops and heading to the greenhouse

Through the door you're going to find some story items, and some other bits. That suitcase... ew. And wait... why is your watch doing that?! No spoilers here, just intrigue... and there is, of course, another phone call to help you get up to date on your next mission objective.

Head a little deeper into this area. In a side room there's a bit more story information - some hints at what happened here. Eventually you get to what looks like a puzzle, except it's pretty simple: You clearly need a lantern to open that door, right? Back you go - Maugerite had one and dropped it when she died... Head back to the pit where you left her, but before you do be sure to open the drawers in the lantern puzzle room to get an antique coin.

...oh. Right then. Follow through the tunnels... to the greenhouse!

When you clamber up from the tunnel you'll be in a garden area with the greenhouse in front of you. At one end there's a big gate. You should go open this as a priority - it's a shortcut back to the central hub and thus to the trailer, where you can save.

The only way into the greenhouse is up some stairs. There's items all around here:

There's a hole. Drop through and you'll find more items:

Head up the stairs. It's starting.

Boss Fight: how to beat Maugerite for good

Ooookay, so Maugerite has basically turned into a human spider who can summon insects. Nice. Classy. Not horrid at all.

Much as with Jack, this boss is more a war of attrition than anything deeper. You've done all the sneaking about and figuring out this section of the house, but now this is an all-out war. For Maugerite what I found worked best was the shotgun and the burner; I used the former until my ammo was depleted and then used the latter.

While it's always hard to tell in games that decide to not worry about a health bar, as far as I could tell Maugertie's weakness is her belly at the front; she's sort of exposed there, with innards visible, so this is where I aimed my shotgun blasts. With the burner I just went absolutely wild.

Be careful, since whenever Maugerite is out of sight she'll spawn insects that will then chase you and hound you. The flamethrower is best for clearing these annoyances out. She can clamber on the ceilings and surprise you by jumping out of small alcoves throughout the battlefield, so you'll need to be far more alert than in your square room chainsaw duel of death with Jack.

The good news is that this battle arena of sorts is on multiple levels across multiple ruined rooms, and if you can lose Maugerite for even a few seconds there's ample opportunity to pick up some of the ammo and equipment scattered around.

There's shotgun shells, pistol rounds, burner fuel aplenty, plus solid fuel, herbs and chem fluid in order to make all new stuff yourself if you need. There are even two cabinets you can use the burner to blast spiders off with resources inside. Just keep dodging, healing and using sound to figure out Maugerite's position when she's not in sight to avoid getting ambushed.

When she's dead she drops her lantern. Pick it up! Her death will also cause the weirdly organic-looking bars blocking your exit to crumble away. Escape!

It's time to head back to her room and use the lantern to open the door we couldn't earlier... but you might want to hit a save point first. Remember that shortcut to the trailer is out there in the yard, and when ready head on back to the area where you couldn't continue earlier.