Character banners come and go, and the best Genshin Impact Sayu build has changed slightly to accomodate some new weapons and an expanded place for Sayu on your teams.

She might be split between healing and damage, but reducing enemy resistances at the right time can make a world of difference, especially in Genshin Impact 3.1, where you can build an Electro team with Dendro reaction support

Some new weapon options that help boost elemental mastery make Sayu even more viable than ever in both of her roles. Don't forget to grab some Crystal Marrow to help Sayu level up as well!

Sort of. Sayu has good Elemental DPS potential, but like a few other four-star characters, she also comes with healing options. The best choice is building Sayu's elemental damage to take advantage not just of her skill and Daruma potential, but the Elemental Absorption effect her skill triggers as well.

Sayu is a burst healer and an Anemo support unit, and ideally, you want to unlock her first constellation so the Muji-Muji Daruma attacks and heals simultaneously. When Sayu is on field, her skill is your best source of damage. She enters a whirlwind state and rolls around the field, dealing Anemo damage and, if she comes into contact with another element, dealing damage of that element as well. This absorption effect makes Sayu an excellent fit for any team that needs widespread elemental application. It works well in freeze or vaporize teams, but you can also use Sayu to spread Electro for a Dendro character to interact with.

The big draw here is using the right Artifact set to reduce enemy resistance to whatever element you first Swirled before the absorption effect. Using Sayu's burst is an easier way to trigger Swirl without absorbing elements first, so you may need to tinker with your timing to get the rotation just right.

What is the best Sayu build in Genshin Impact?

Sayu needs elemental mastery and, above all else, Anemo damage to shine.

Skyward Pride is a strong all-around choice for Sayu. Its high attack helps boost elemental absorption damage, while having energy recharge as a secondary state helps Sayu stay topped up, which is useful considering her burst requires a lot of energy. The passive skill also grants a decent boost to all damage types, including Anemo.

Genshin Impact introduced a new 4-star claymore in Genshin 3.1, the Makhaira Aquamarine, with elemental mastery as its secondary stat. The passive skill takes 24 percent of the user's elemental mastery and transforms it into attack, giving the party a small amount of that buff as well.

The Favonius Greatsword is another option, thanks to its high energy recharge rate, and we also like the Sacrificial Greatsword on Sayu, since it provides another chance to use her skill.

You have a few choices for Sayu’s Artifact sets depending on which build style you choose.

Sayu intended for DPS should focus on enhancing her attack and elemental power. Ideally, that includes a full Viridescent Venerer set, though you can supplement it with Noblesse Oblige if the full bunch is hard to find.

A Sayu intended for healing only would do well with the Ocean-Hued Clam set. 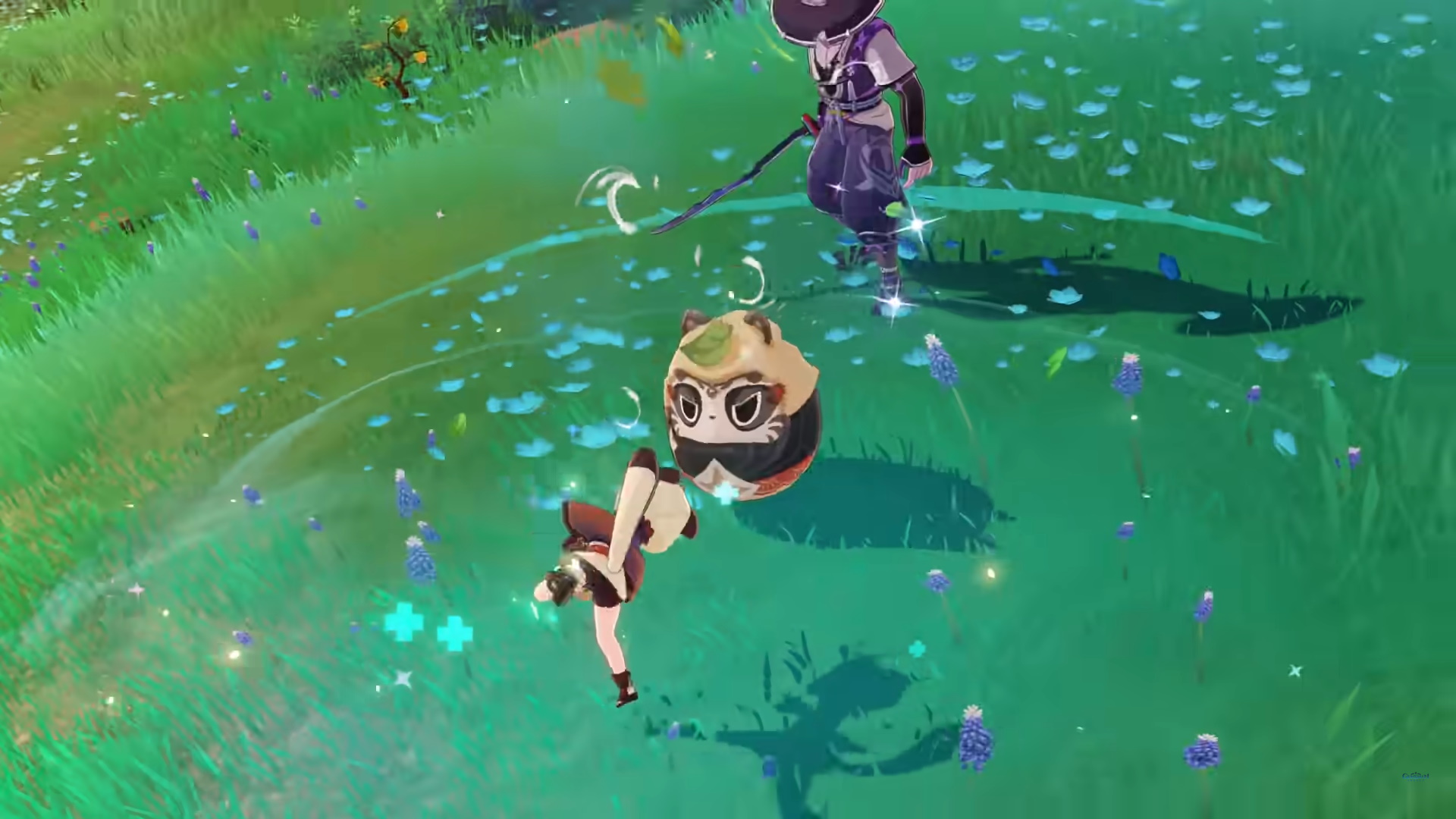 What is the best Sayu F2P build?

Sayu has a perfectly viable F2P build thanks to the new Inazuma weapons.

The best Sayu weapon for F2P

The new Katsuragikiri Nagamasa claymore, obtained through forging, is your best free choice for Sayu. It boasts an impressive attack stat for a four-star weapon, plus a hefty Energy recharge rate for its secondary stat. The Nagamasa’s special skill increases the wielder’s Elemental Skill damage by 6-12% and offers a slight boost to Energy recharge. 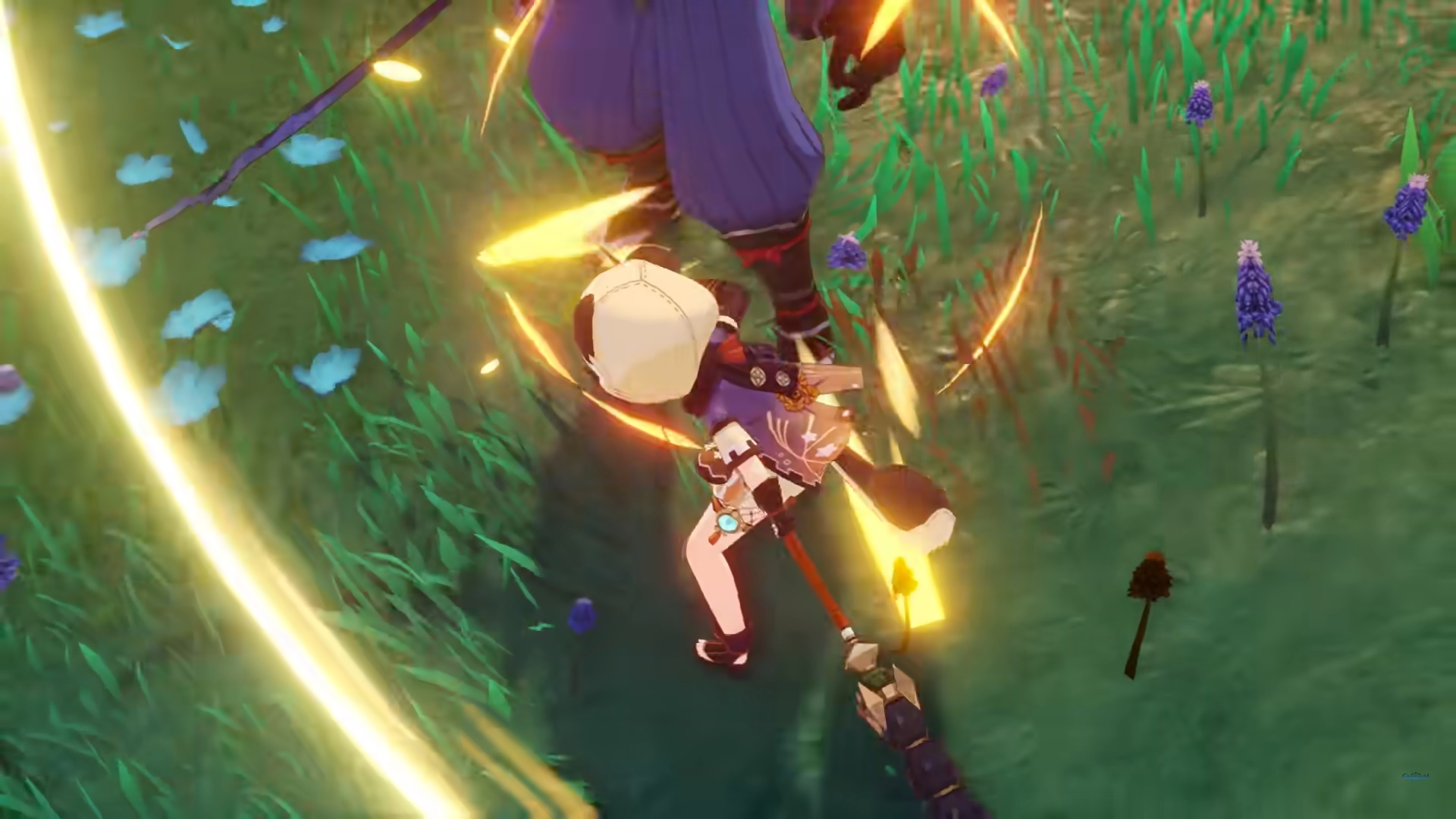 The best Sayu Artifacts for F2P

Since the Katsuragikiri Nagamasa revolves around Sayu’s Elemental abilities, her Artifacts should do the same.

The Viridescent Venerer/Noblesse Oblige set should be your go-to for this build. However, if you want to make Sayu more balanced, you could opt for Pale Flame instead.

Sayu is a rare instance where Elemental Resonance doesn’t matter too much. Her best attacks won’t rely on stamina, and the 5% CD reduction for her Skill isn’t that big of a bonus.

Since Sayu’s Skill makes her mobile, a good party is one that can inflict Elemental damage on a wide scale. Some possible choices include: