What are the best games of 2018? We’re only a little way into it, but 2018 is already looking like a brilliant year for great video games. Both the PS4 and Xbox One are into that wonderful point in a console’s lifecycle where the tech has been mastered and developers are squeezing every ounce of power they can out of them, releasing some of the best works of the generation.

With that in mind, we’ve put together a list of the best games so far in 2018. We’ll update and shift it around as new games muscle in. 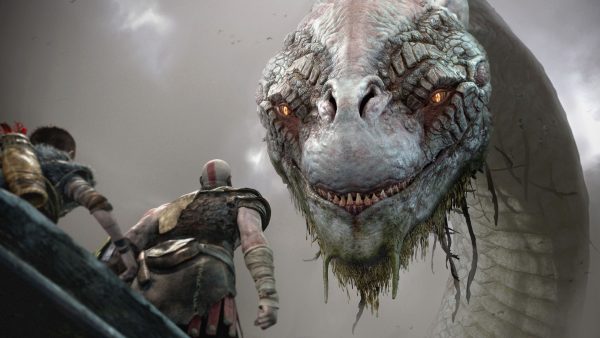 In our God of War review, we called it one of the best games of the generation. It is a clever evolution of both a series and a character - a deconstruction that breaks down and rebuilds Kratos and the series again from a new starting point. God of War 2018 isn’t driven by rage. Instead, this story’s driving force is love.

Your only quest is to explore across Nordic realms to scatter the ashes of your wife from the highest peak, to fulfill her last wish. Along the way, you try to teach your child the skills he needs to survive in this harsh land.

Just as the ashes of his loved ones clung to Kratos’s skin during the original games, God of War takes that same motif and applies it to something new. He still carries death with him, but not because of some tragic, rage-induced mistake. Of course, you will flip temples, punch dragons in the face, and pull out undead creatures’ ribcages along the way. 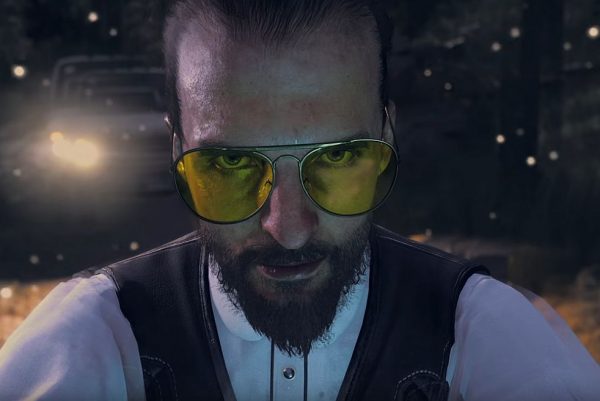 Far Cry 5 is not the radical departure some thought it would be. It’s an open world crammed with animals to hunt and manipulate, monologue-loving bad guys to shoot, and fire to spread. It’s stuffed with side quests and places to explore, constantly teasing you away from the main quest with distractions. Only this time, the way the world reveals itself to you is different.

You fly, drive, boat, or wingsuit past a location to mark it on your map, and you talk to people to unlock quests. This tweak means it never feels overwhelming - your map is never obscured by hundreds of objective markers.

This is the best the series has been since Far Cry 3, offering up a refreshing setting, touching on relatable topics, and layering over it with the most polished shooting in the series yet. Plus, how many other games let you go fishing only to have your relaxing hobby interrupted by a bear that’s on fire? Read the VG247 Far Cry 5 review for more. 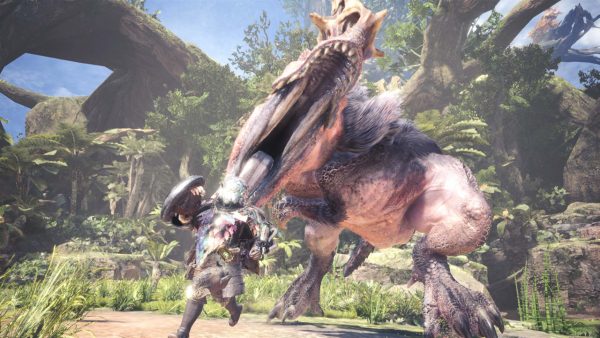 There’s a reason Monster Hunter: World took the number one spot on our list of the best co-op games - it’s bloody excellent, that’s why. Monster Hunter has always been a series that’s difficult to get into, but World makes it friendlier to newcomers. It also takes the fantasy to the next level, introducing a believable ecosystem and a seamlessly explorable open world.

When the fantasy is about hunting down massive beasts, this is all important stuff - it makes the monsters appear more authentic. Then there are other quality of life improvements, adding more weight to movement, and making guns work like they do in traditional third-person shooters, among other things. And if you prefer to get in close, Monster Hunter: World has some of the most satisfying melee combat in a modern game.

If you are taking your first steps in the New World, why not hit up our Monster Hunter: World guide. 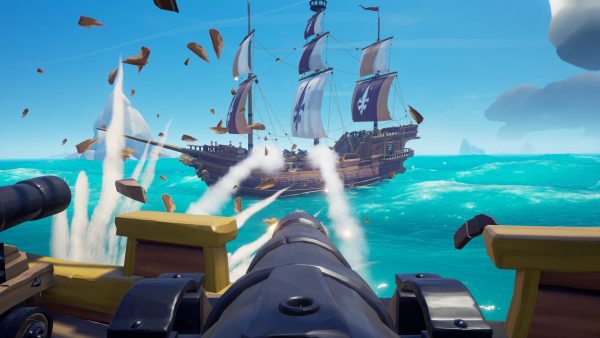 Yes, Sea of Thieves doesn’t offer all that much to do. You basically repeat the same three mission types until your eyeballs fall out of your head, and it’s fair to have concerns over the game’s longevity. Still, it’s a credit to developer Rare that no two voyages are ever the same, despite those repeating mission types.

Sea of Thieves is a sandbox for impromptu fun - a blank canvas for improv comedy and hijinks with friends. It also features one of the best sailing simulations ever created in a game, with a galleon requiring four friends working together to successfully navigate through choppy waters or to battle a rival crew. See our Sea of Thieves review for more. 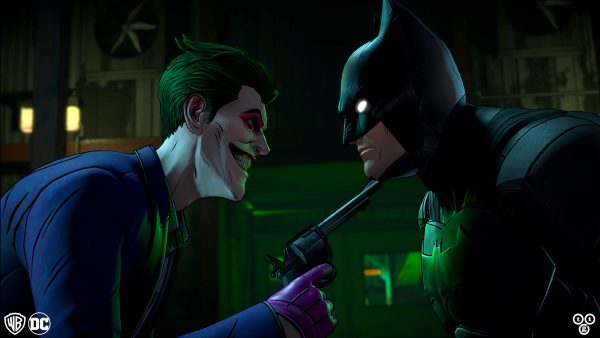 I thought I was done with the Telltale template when I started playing the first season of Batman after it arrived for free on PS Plus, but it pulled me in. Season two, The Enemy Within, is even better. It uses the relationships built up in the first season to create a truly interesting and unique Batman tale, allowing you to mould your own Joker origin story.

Telltale’s best work is still Tales from the Borderlands - honestly, just play it - but this is up there with The Walking Dead, fighting for second place. Where most Batman stories focus on the Dark Knight himself, this feels much more personal to the man behind the mask. Which disguise will you wear? 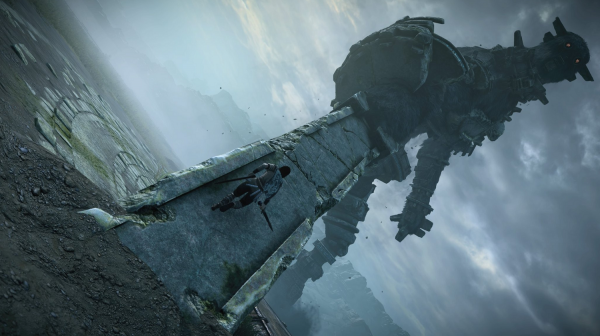 The Shadow of the Colossus remake proves great games don’t age. Under the hood, Sony’s monster-stabbing classic is still exactly the same as it was on the PlayStation 2 - its barren lands have just been covered in windswept grass fields, its lighting has been improved, and all the textures have been replaced. You can almost feel colossi hair in your mouth when poking these majestic beasts to death.

Whether you have never played it before or you are looking to revisit one of the greatest console exclusives of all time, Shadow of the Colossus 2018 is an essential purchase. 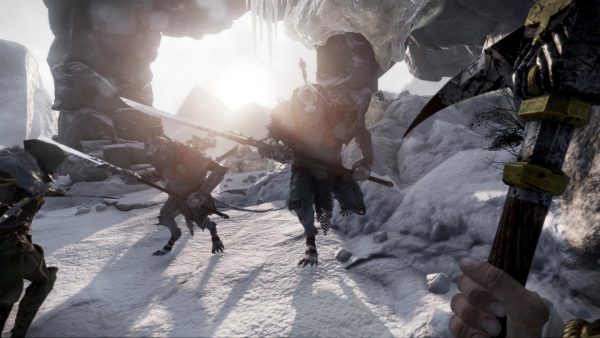 Vermintide 2 is how a sequel should be done. It’s the same brilliant co-op game with more options, a better loot system, more enemy types, and more visual variety. It doesn’t get rid of anything fans loved about the first game, it just improves, adds, and polishes what’s there.

Taking on one of a handful of predefined roles, you have to fight your way through different scenarios with co-op partners, battling rat men and otherworldly warriors. An AI director throws waves at you and mixes the action up, ensuring that you never have to exact same experience each time. There’s a reason Vermintide 2 takes Left 4 Dead’s place on our list of the best co-op games. 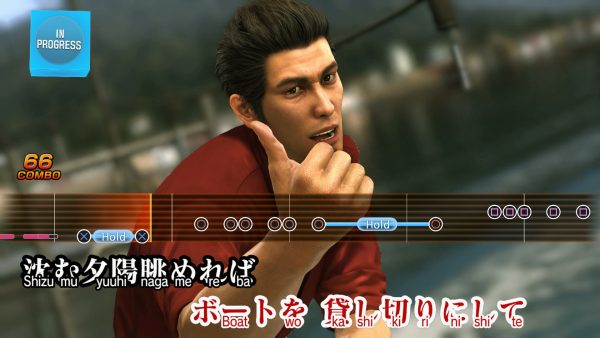 Yakuza has always been a series, at its heart, about distractions. Whether you are taking part in rhythm action karaoke, having a round of darts, or playing a classic Sega game in one of its arcades, there’s always plenty of dicking about to be doing.

But between all that messing around, you can’t move an inch in its rendition of Tokyo without some goons trying to kick you across the street. Luckily, the biggest core improvement to Yakuza 6 is its fighting system. There’s an all-new physics system underpinning it, and it makes booting a bicycle at someone’s head all the more satisfying.

It might be the sixth game in the series, but this is a great entry point for anyone who’s never experienced the bizarre hyper violence of a Yakuza game. Check out our Yakuza 6 review for a more in-depth look. 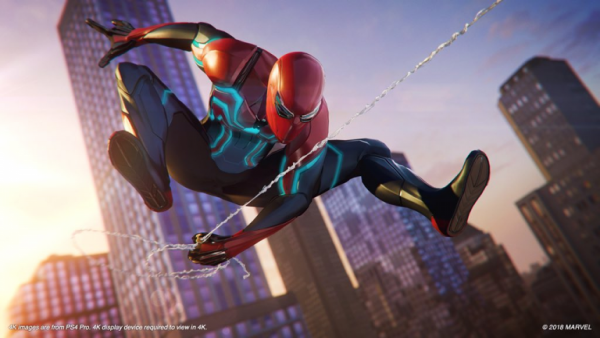 MCU movies are still a hot topic these days and Marvel has finally smashed its way into big-budget gaming with Spider-Man at the forefront. Insomniac Games worked hard to bring us a game bursting at the seams with fluid web-slinging, an enjoyable and effective combat system and stunning views of Manhattan, not to mention a handful of movie tie-in easter eggs.

Focusing more on interactions, dialogue and player actions over QTEs, Spider-Man stands out by delivering a superhero story that feels human and optimistic. The story is well developed and there’s a good mix of serious and silly side quests for you to complete, capturing the dorky and kind nature of both Peter Parker and Spider-Man. 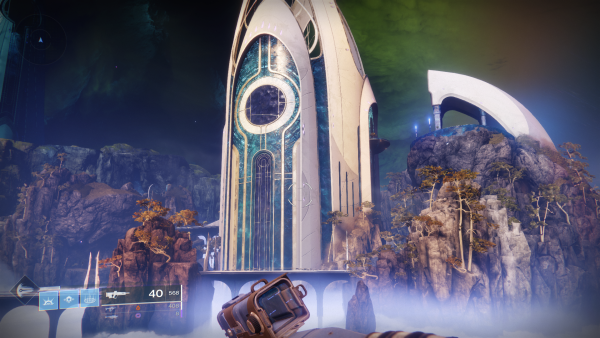 Destiny 2’s latest DLC pass, Forsaken, injected some much needed change and excitement into the series. Forsaken features familiar characters from its predecessor’s DLC, notably Queen Mara Sov and her brother, Uldren, as your Guardian becomes embroiled in a complicated story that stretches beyond the death of Cayde-6 and its main campaign.

Coupled with the changes made to Destiny 2’s base gameplay, Forsaken brings with it two new locations, the Tangled Shore and the Dreaming City, as well as a curse that has gripped the City since its new raid was completed. With changes set to happen in-game every three weeks, it will be interesting to see what new stories and changes Bungie will make the coming months. 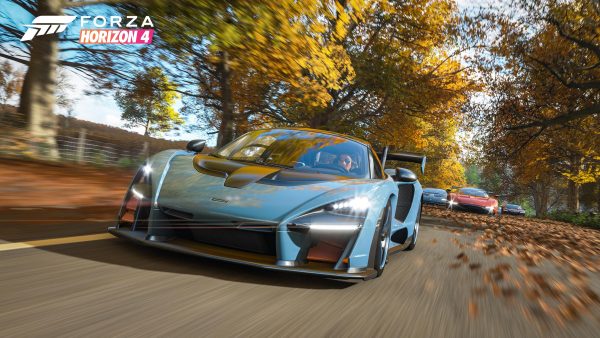 Hands down the best Xbox exclusive of 2018, Forza Horizon 4 allows players to tour Britain this time around. Whether you’re zipping past Edinburgh Castle in one of the Bond’s Aston Martin models or ploughing through the English countryside in a Warthog, Forza Horizon 4 offers better handling and speed than any of its previous titles alongside one of the most incredible map designs we’ve ever seen.

There’s much more focus on social gameplay in Forza Horizon 4 as players are encouraged to stream and/or watch other streams to build Influence. Seasons also play a major role as some of the classic cars found in barns are locked away until a specific season rolls around, which showcases how engaged Microsoft wants its players to be.

It also has an excellent sheep-avoidance mechanic so that you can avoid any casualties when taking your vehicles off-road. 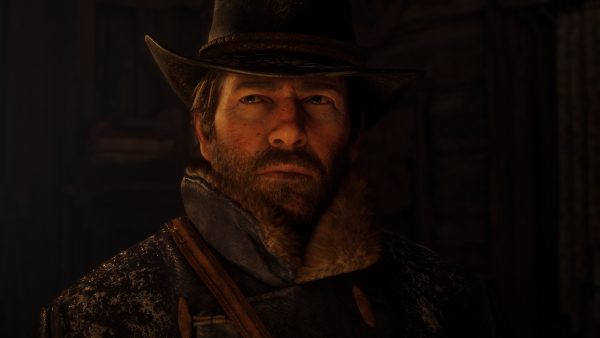 After the success of Red Dead Redemption, this prequel had some mighty big boots to fill - and boy, does it deliver. Red Dead Redemption 2 is a masterpiece on all fronts, combining innovative, ambient story-telling with a gritty and unforgiving plot that sees you reaching to tip your hat to greet someone rather than aim down your sights.

Arthur Morgan is the rugged and difficult lead in Red Dead Redemption 2 and it would have been easy to make him a John Marston wannabe. You can choose to lead Arthur down a path of kindness by helping others in his camp and strangers all over the map, or you can continue being the ruthless gunslinger he's portrayed as always being.

With over 60 hours of story, challenges and achievements to go after, completing Red Dead Redemption 2 is no easy feat, but it's definitely worth making the time for. 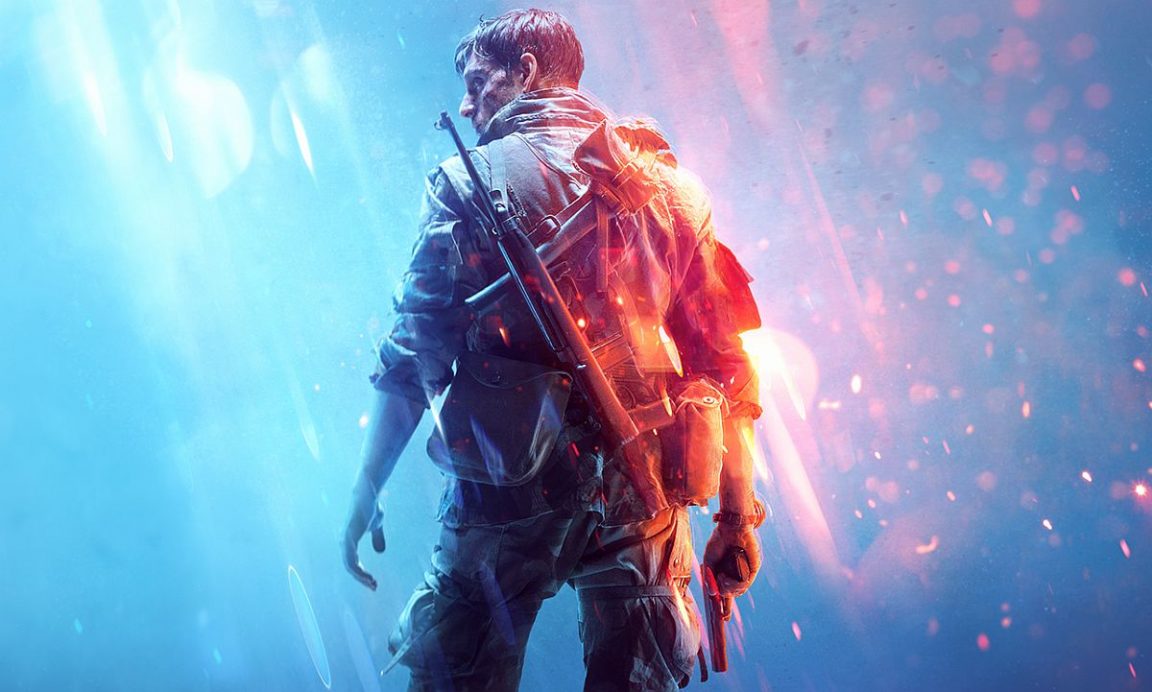 War is hell, and Battlefield 5 really wants you to know it. Battlefield 5 is set during WW2 and is a noisy, explosive and enjoyable shooter with a varied, interesting single-player campaign that’s split up into War Stories that take you across different theatres of war and place you into different perspectives.

Then there’s the solid multiplayer, which values tactics and positioning over twitch skills, with a keen focus on team-playing and support classes that makes you feel like your role in the team really matters. It captures the camaraderie described by those who survived through the war, whilst giving you a taste of the horrors that would have ensued on the battlefield. 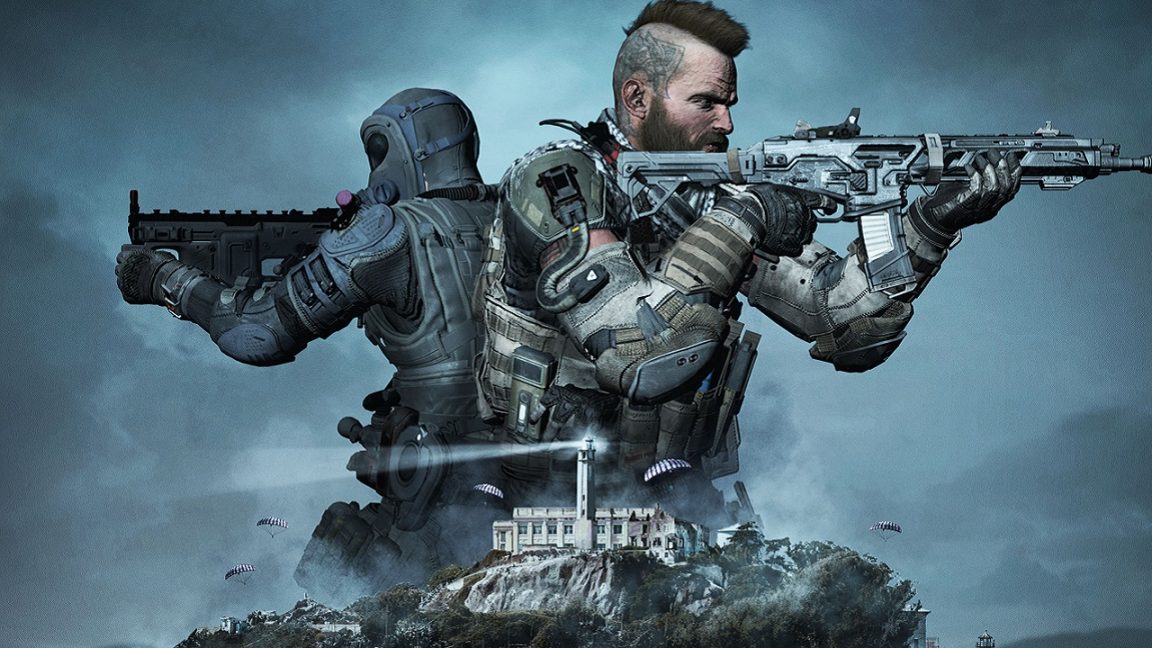 Black Ops 4 released in October to rapturous success and introduced the first battle royale mode in the series, Blackout. With a revamped Zombies mode, no single player campaign and a tonne of easter eggs hidden throughout the various multiplayer modes, Black Ops 4 is the most exciting title in the franchise yet.

Blackout has been particularly successful, in part because of how different it is to other battle royale modes out there. You can play split-screen, local or online with your friends in the various multiplayer modes and stories, as well as unlock your favourite Zombies characters from games past.