Want to feel disgustingly old? Metal Gear is 31 years old. Can anyone else feel their knees disintegrating with sadness?

But let’s not get bogged down by our decaying bodies. We need to decide what the best MGS is, dammit! Spanning three decades, multiple console generations, and roughly 17,398 cutscenes, there’s a lot of stealthy scenery to chew through.

Have we forgiven Metal Gear Solid 2 for Raiden? Does MGS1 still deserve to be talked about with such reverence? Could we totally lose the plot and crown Survive the best Metal Gear ever?

Here are the core Metal Gear Solid games, ranked from worst to best. We left out the games released before Kojima’s PS1 masterpiece because we don’t want to force you to sit through something really long and rambling for no reason. Who would do that? Since Metal Gear Solid 2 and 3 are now backwards compatible on Xbox One, there's no better time to strap on your sneaking suit. 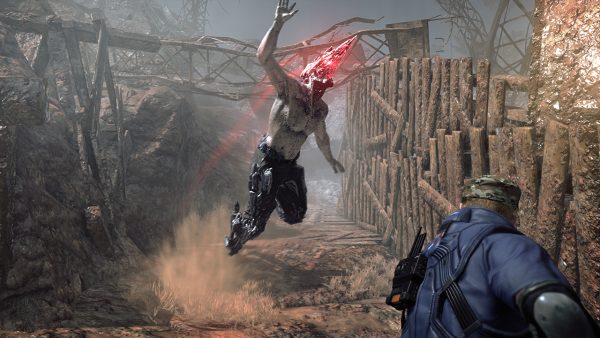 Ah, the little zombie game that almost could. Despite being instantly reviled the moment it was announced, Survive isn’t quite the undead car crash many predicted. Fans hated its mere existence for being the first Metal Gear to surface following Hideo Kojima’s acrimonious departure from Konami, but though it features few of the director’s hugely talkative hallmarks, it’s still a half decent zombie romp.

Survive’s brand of base-building is actually quite in-depth, and seeing off wave after wave of undead beasties by laying careful traps can be a strategic, constantly frantic treat. Yes, the mist-covered desert is clearly just a phoned-in excuse to reuse assets from MGS5’s Afghan map, but give Survive a chance, and it may just sneak its way into your ticker. 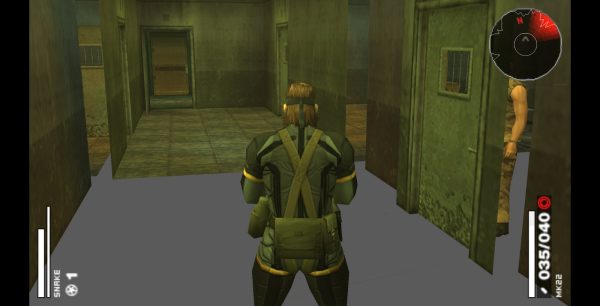 This bite-sized follow-up to Snake Eater is a little too compromised to rank any higher. Focusing on building a stealthy squad and recruiting soldiers for Big Boss’ army, its missions are inconsequential, and it just never feels like a true Metal Gear game.

That said, the cute concept of enlisted characters dying permanently should they get shot up is the closest Kojima ever got to his dream of making a title you could never replay once you saw that game over screen. 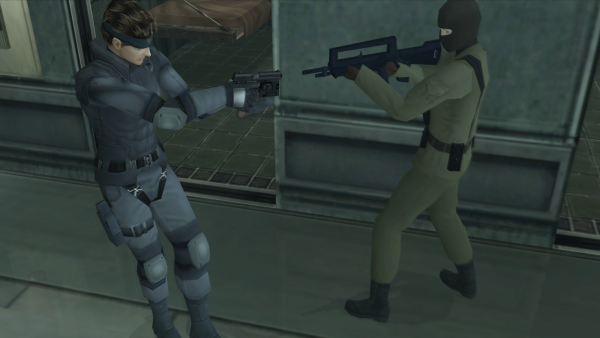 Imagine if you gave John Woo an unlimited budget and told the slow-mo-obsessed director to remake Metal Gear. Et voilà, have some Twin Snakes up in your Gamecube disc tray. Though this remake’s cutscenes are absurdly over-the-top – there’s literally a scene where Snake karates kicks a 30 stone slab of concrete through the air – Konami at least had the sense to port over MGS2’s superb systems.

While the ability to shoot in first-person more or less breaks certain boss fights – we’re looking at you, Revolver Ocelot – being able to tranquilise guards, then hide their zonked out bodies in lockers, adds welcome layers to the Shadow Moses sneaker.

It’s a pity Konami decided to redo the original game’s voiceover work, though. David Hayter as Snake aside, every other actor delivers an audibly less enthused performance than in the original. 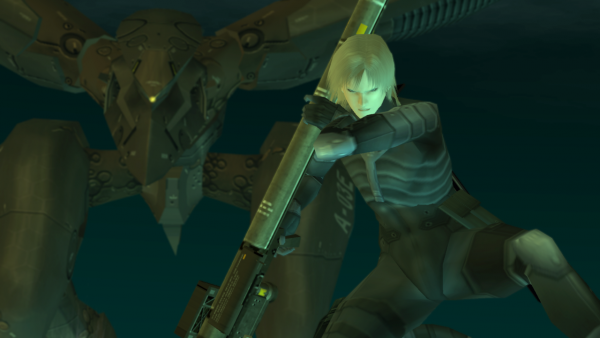 Have we forgiven Raiden yet? Kojima pulled off the most audacious bait-and-switch in gaming memory when he replaced Solid Snake with a rookie who looked like a Backstreet Boys backup dancer. Koj claims he pulled the Raiden rug from under us because he wanted the audience to view Snake from a different perspective, but sadly the whole Han Solo/Luke Skywalker dynamic Hideo is clearly aiming for never quite works.

It didn’t help that MGS2 was burdened with a ludicrous amount of hype. After stunning the world with an astonishingly produced E3 trailer back in 2000, Sons of Liberty (and dat rain) became the posterboy of PS2’s promise. While the tech was undeniably incredible, the second act Big Shell switch disappoints, and the samey decontamination facility can’t hold a sneaky candle to either the rainswept opening tanker, or the Shadow Moses Island.

Still, the actual stealth had radically evolved since MGS1. At the time, the game’s AI was peerless. Assisted by military adviser Motosada Mori, Konami was able to create guards who relentlessly hunted you, coordinating their actions to scout out every inch of a room you may be hiding in. Throw in an unparalleled level of detail – shoot up an entire bar on the tanker and watch every last bottle crack – and MGS2 was a hugely ambitious sequel… albeit one that knocked a lot of noses out of joint. 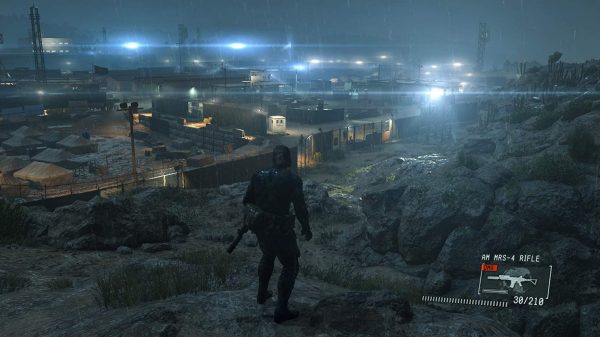 This was a perfectly formed little sandbox that proved to be so much more than just a glorified tutorial for The Phantom Pain. Though Big Boss’ brief mission can be rushed through in a mere 20 minutes, a generous dollop of side objectives stretch out the runtime to a healthy 10-15 hours.

Assassinate a sniper/spotter team, or choose a more merciful path and extract them from the blacksite. Take out a series of mounted guns with the most satisfying C4 in games. Relive the original MGS1’s best moments in a playful flashback mission. Rescue Hideo friggin’ Kojima in an absurd extraction setpiece. With drum-tight controls and a superbly built sandbox that utilises every inch of its limited real estate, Ground Zeroes proves the size of your snake really doesn’t matter. 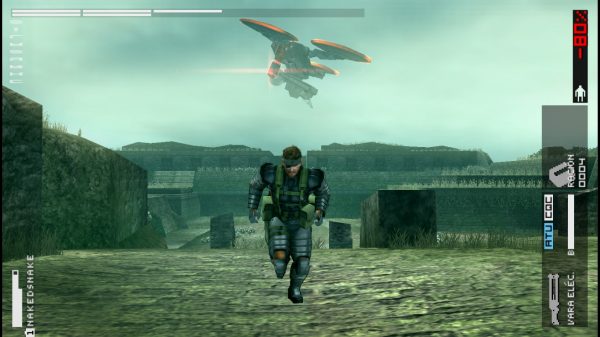 Singing robots! Four player co-op! Addictive Mother Base management! Peace Walker wasn’t just a mini technical marvel – it’s amazing Konami was able to squeeze a game of this scope onto PSP – it also laid much of the groundwork for MGS5’s brilliant management systems.

Streamlining the controls of MGS4, Peace Walker offered an almost compromise-free take on Metal Gear that could be enjoyed on the go. Sure, the robot bosses are super frustrating – they’re really designed to be tackled as a foursome of Snakes, not on your lonesome. Yet look past these minor annoyances, and Peace Walker offered a brilliantly formed, more cerebral twist on the MGS formula. 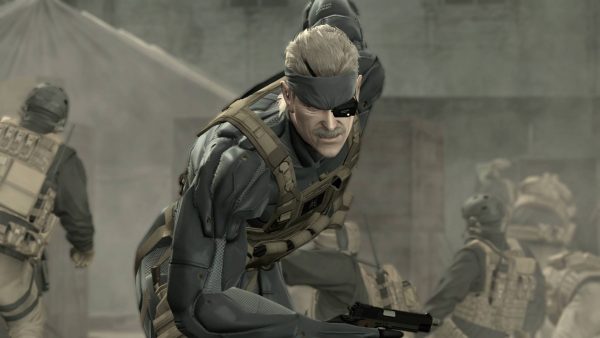 Bloated, uneven, but ultimately brilliant. Solid Snake’s swansong sees Kojima on frustrating, albeit fan-pleasing form. For every over elaborate cutscene and 20 minute codec chinwag, there’s a genuinely outstanding setpiece or prolonged session of exquisite stealth. Yes, the fact Koj finishes Snake’s saga on a 90 minute cutscene – that features Meryll marrying the dude with the IBS – is faintly ridiculous. Yet against all odds, he delivers a satisfying finale. That fateful final stogie between Snake and Big Boss is tinged with sadness, but it’s also beautifully reflective and sweet.

The actual meat and potatoes stealth is ace, too. The introduction of OctoCamo transforms Old Snake into a pensioner Predator. Simply stick to any wall or surface for a second or two, and Snake’s suit adopts its colour and texture, making him all but invisible to guards. 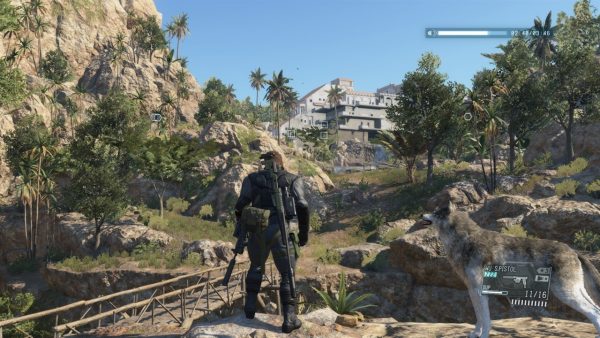 Probably the best gamepaly in the series… as long as you don’t mind that it’s light on true Metal Gear moments. Introducing sandbox sprawl, Mother Base management, and a series of episodic missions that jettisoned the series’ infamous chatter for focused stealth objectives, you could argue The Phantom Pain isn’t actually that good at being a Metal Gear game.

Of course, if you made that argument, we’d have to repeatedly kick you in the shins. On a purely mechanical level, MGS5 is one of the most satisfying, densely layered open world games you’ll ever find. Handing over unparalleled player agency, almost every objective can be tackled however you see fit.

Make your horse defecate on-command, then watch an enemy jeep skid of the road as it drives over the pony poop. Knock Quiet out with an ammo supply crate, rather than engaging her in a sniping duel. Capture a grizzly bear with your own personal hot balloon kidnap service. MGS5 revels in joyful, utterly daft playfulness.

Is the fact that Snake is recast as an almost mute Kiefer Sutherland jarring? Perhaps. And does the lack of boss fights and traditional fourth wall-smashing moments disappoint? Sure. But considering everything The Phantom Pain adds to (and improves on) the existing MGS template, it can’t be considered anything less than a bona fide classic. 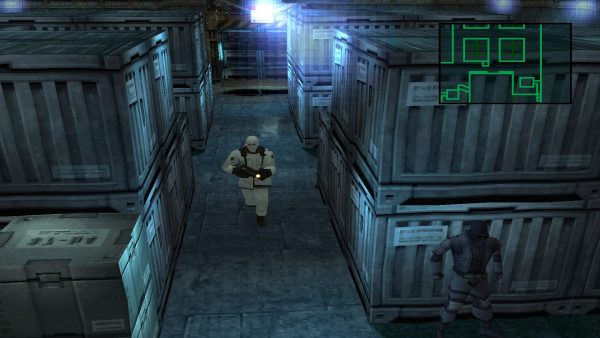 Solid Snake’s first fully 3D assignment introduced a level of cinematic spectacle to the medium like no game before. It also let you run around in a cardboard box like you were a kid who’d just had too much sugary cereal, not a grizzled spec-ops agent.

Metal Gear Solid constantly seesaws between cloying sentimentality – see Otacon’s teary goodbye to Sniper Wolf after Snake puts down the sharpshooter – and moments of outright absurdity. This is a game where people piss themselves, make ass jokes, and the most tragic character is a freakin’ cyborg ninja. High art, this ain’t.

Screw high art, though. I’ll take Psycho Mantis commenting on your save files from other Konami games over Starry Night any day.

With brilliant boss fights, a haunting score, arguably the best script in the series, and a version of Snake who’s basically a 32-bit, constantly quipping John McClane, there’s a reason MGS1 built such a sneak ‘em up dynasty. 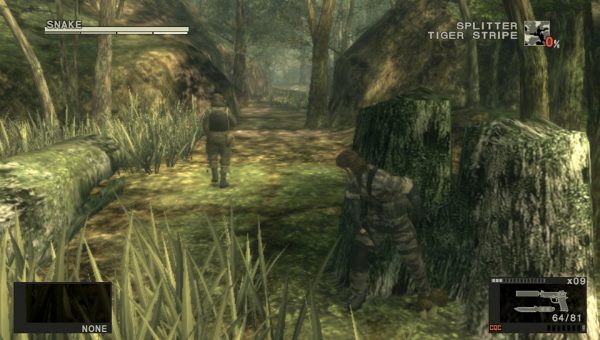 Despite being burdened with that name, Snake’s threequel remains the best game Hideo Kojima has ever made. Stripping you of the advanced sci-fi doodads the series usually clings to, this lo-fi Cold War prequel flourishes thanks to its thoughtful jungle stealth. With no radar to rely on, a young Big Boss must use his wits, the occasional beehive, a crocodile hat (don’t ask), and an ever-changing wardrobe of camouflage sneaking suits to stop World War 3.

Freed from the increasingly tangled plot that MGS2 tied itself up in knots trying to tell, Snake Eater spins a simpler yarn focusing on split loyalties, patriotism, and the folly of trusting governments.

In The Boss, MGS3 also created the series’ most fascinatingly flawed, complicated, three-dimensional villain. If you weren’t overcome with all the feels during the mesmerising final battle in that field of petals, you’re an unfeeling monster.

Almost every element of Snake Eater sees the stealth saga operating at the peak of its powers. The setpieces were rarely sharper. The bosses never better. The balance between indulgent cutscenes and intricate stealth shenanigans perfectly judged.

The hour-long sniping duel against The End; half slog of endurance against a Captain Birdseye cosplayer, half knife-edge, cat and mouse firefight. The subsequent three minute ladder climb after the epic boss encounter. Smacking a young Ocelot about with CQC. That runaway Shagohod bike chase that conjures up more excitement in 15 minutes than every Splinter Cell combined has managed in 15 years. Mending Snake’s bones after a gun battle. Eating actual snakes to keep his health topped up. Metal Gear Solid 3 thrives on moments of bonkers brilliance few other games could even contemplate, let alone execute.

If Death Stranding is fit to mention in the same sentence as MGS3, Kojima will have another all-time espionage great on his hands. In spite of its questionable python-gobbling, Snake Eater remains the best Metal Gear game ever made.