The best Minecraft skins let you live out whatever scenario you want. Fancy sprucing up Minecraft? Easy. Grab a new skin. There really is a Minecraft skin for anything you can think of, be it movies, TV shows, video games, obscure book characters, or even Brexit.

Today we’ll be showcasing 12 of the greatest video game Minecraft skins across all the different versions. Since, you know, we are a video game site. So with that in mind, let’s do this. 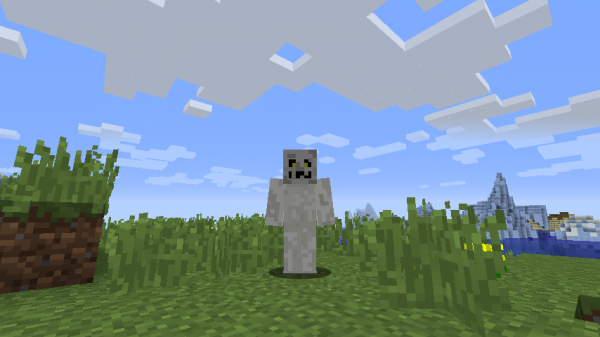 Transferring the nightmare-chibi art style of The Binding of Isaac into Minecraft is no easy feat. The body proportions will always be wrong and getting the face details just right requires a god-like level of skill. And yet, this Delirium manages to recreate its 2D counterpart with surprising accuracy. Not bad when you consider Delirium is but a ghostly, vengeful head. 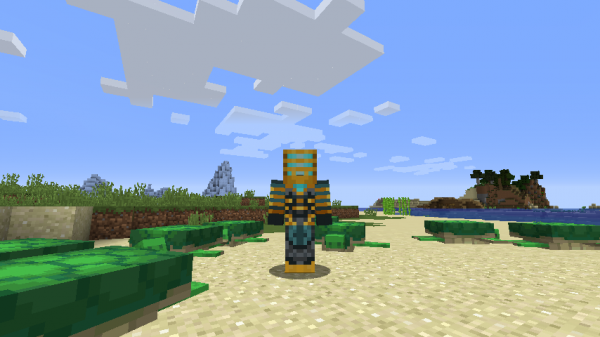 Remember Dead Space? Good times if you’re a fan of not sleeping. What makes this skin so freaking cool is just how much detail has gone into it. The slightly differing shades all around the visor’s glow help create a sense of pixelated realism and depth. It’s amazing how much you cram into such a small flat space, eh? 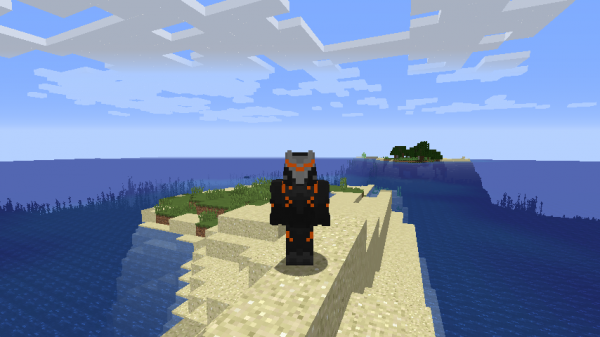 Given how Fortnite has quickly assimilated the world like a battlebus-flying Borg, it’s no surprise there’s a hefty amount of fan-created skins out there. In fact, there’s an argument that the two most-played games at the moment are Minecraft and Fortnite. So if, by chance, you suck at Fortnite and won’t unlock Omega’s final chest upgrade before the end of the season, you’ll always have it in Minecraft. 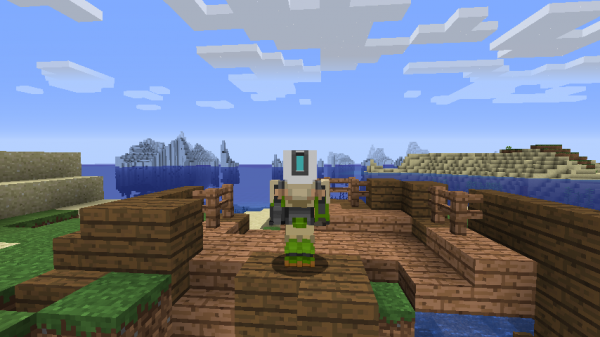 I have no idea how Blizzard managed to create Bastion. I assume it was a mix a magic and hundreds of hours screaming? Either way, you can now play Minecraft as Overwatch’s friendly Transformer and beep-boop to your heart’s content. Just don’t camp at higher levels. And please, for the love of all that is good, take out that bloody Pharah. 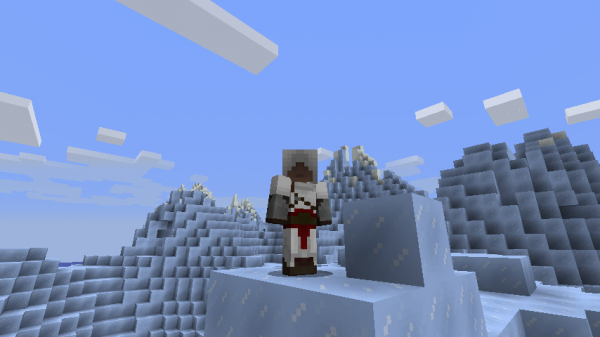 True story: I went into GAME once and the guy at the till tried to get me to pre-order Assassin’s Creed Revelations. He said, and I kid you not, “It’s the final part of Ezio’s story,” but he pronounced ‘Ezio’ as ‘Ezzio’. Like ‘Mario’ but with a ‘Z’. I’ve never gotten over that incident. Anyway, if you’d like to play as the O.G. assassin, this skin’s for you. There’s also a Jacob skin, but I didn’t include it because it’s a Jacob skin. 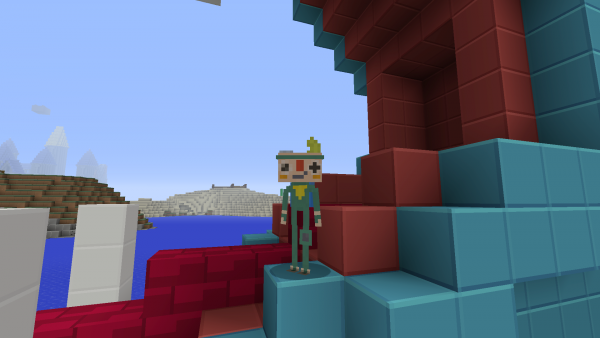 This is yet another really cool skin manipulation. Whereas most skins are 3D and humanoid, that simply wouldn’t work with the Tearaway aesthetic thrown in. The solution? Remodel the skin so it’s completely flat barring the head. The end result is as authentic as is it can be. 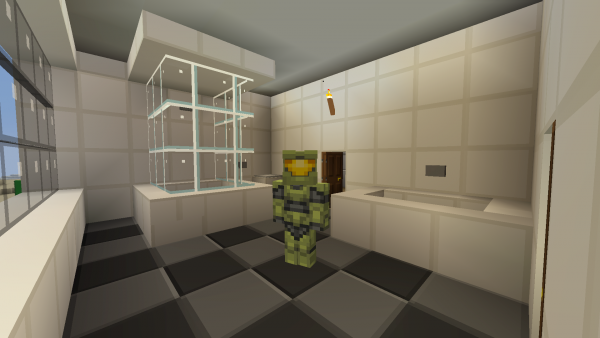 I still haven’t gotten over the fact you can play as the Chief in Minecraft on Nintendo and Sony consoles. Madness… As one of the very first skins to make it to Console Edition, the Master Chief skin is everything you could want: expert shading along with a top-notch replica of Johnny boy’s Spartan helmet. 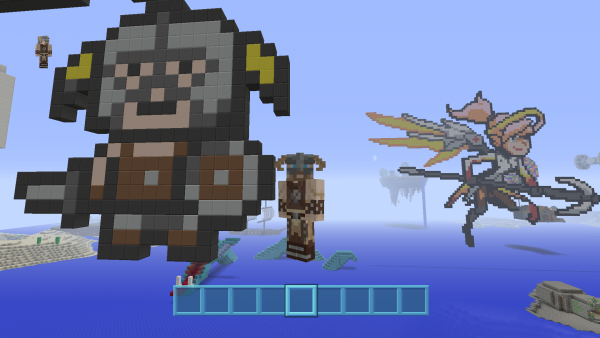 There are a few really standout skins in the Skyrim mash-up pack, but it’s the Dragonborn skin which evokes that nostalgic feeling of being in Skyrim’s frozen playground. Try walking through the phenomenal Skyrim Minecraft world save and see if you get that same psychological feeling of being cold in real life. Chances are, you’ll still feel it even several years removed. 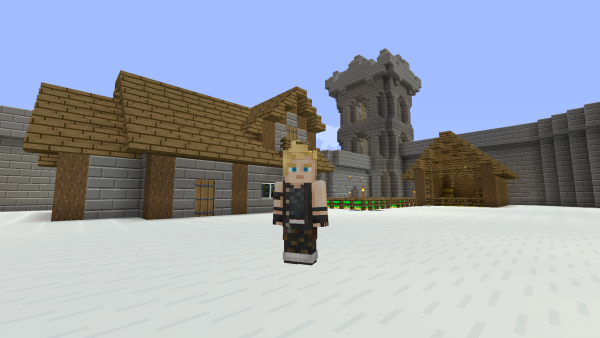 I've discovered a new recipe! I was going to include Ignis originally but I couldn’t bring myself to not feature ‘It’s yer boi’ Prompto. He may be insufferable, and he may act like an over-caffeinated YouTuber, but dammit, he’s our boy, and this Minecraft skin really helps capture not only his innocence, but also his child-like, always positive outlook. 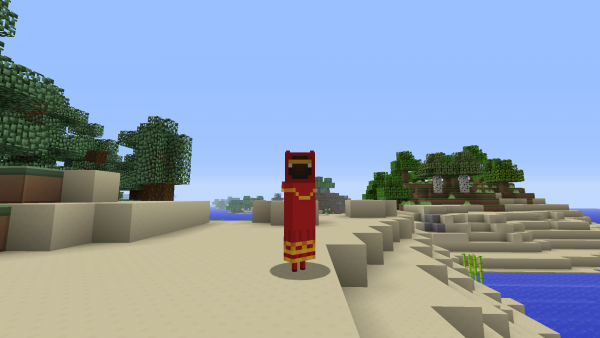 Sometimes characters from other games, in this case the indie hit Journey, are a perfect fit for Minecraft. Despite losing the flowing robes in favour of a more Thomas Was Alone shape, this skin just… works. Yeah, sure, it is a bit of a pain not being able to see your in-game arm, but that’s offset by how stylish and whimsical you look. 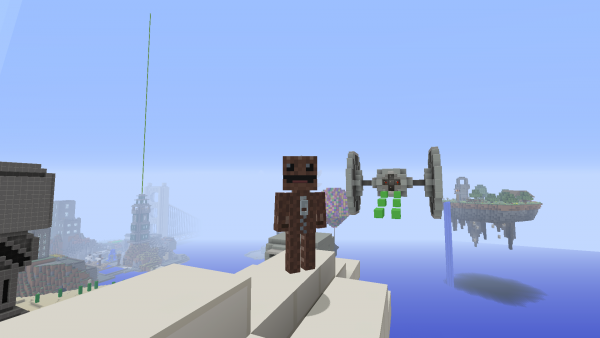 Much like the Yoda skin, Sackboy is a mini-character. What that means is you can’t play as him in online game modes, and when playing with friends, he’s nearly impossible to pop in the head. This skin is another example of what strong shading and a tweak to the original size can do to help bring a skin to life. Plus it’s Sackboy! Who doesn’t love his wrinkly little scrotum face?

Best Minecraft skins: Bloater – The Last of Us 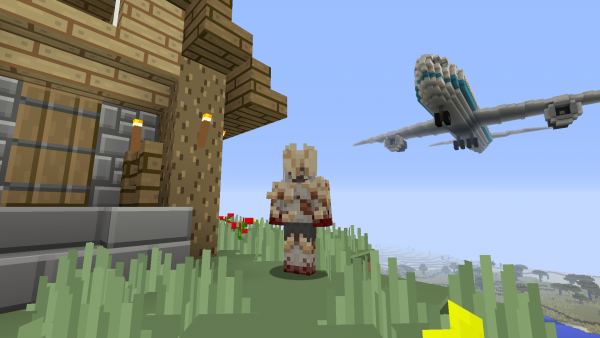 Bloaters – the fourth stage in the cordyceps brain infection – aren’t an easy enemy type to transfer into Minecraft. But if there’s one thing I’ve learned it’s that everything can find a way into Minecraft with enough effort. The bloater is Mojang and 4J Studios at their collective bests. It’s menacing in a way that won’t scare kids too much, and the detail on the fungus adds that little extra touch that wasn’t exactly needed, because they could have easily gone with the use of clever shading, but adds to the overall design.