Shadow of the Colossus is a great reminder of why modern open-world games suck was first published on February 20, 2018.

See that mountain way in the distance? You won’t be going there, buddy - and that’s great!

I never played Shadow of the Colossus before starting the 2018 remake a couple of weeks ago. Somehow, though always aware of the game’s stature, I could never find it in me to give it a go.

I am now halfway through it, and I couldn’t be happier to have discovered it today. Playing it in 2018 is perfect, because it comes at a time when practically every big game has an open world, whether it needs to or not. Shadow of the Colossus may not fit the modern definition of open-world, but it’s the best example of the concept in its era.

As I played more and more of it, I couldn't stop comparing and contrasting its design with that of modern games in the back of my head, particularly the games built around the size of their worlds. The biggest crime modern open-world games continue to commit is that they do very little with these vast worlds. The hundreds of square kilometres contained within amount to nothing more than the time you'll be wasting in your treks across them, right up until you unlock fast travel and forget they were open worlds to begin with.

There’s a particular string of words uttered verbatim by developers of open-world games in the last five or so years. Whether they’re giving behind-closed-doors demos or pitching their games to the wider audience in trailers, there’s one sentence that inevitably makes its way into the conversation: “See that mountain over there? You can go there!”

Every one of them, as earnestly as the last, says these magic words to illustrate how massive the world of their game is. I don’t know who the first to say it was. It could’ve been Bethesda with an Elder Scrolls game, but you can just as easily see how the phrase applies to every open-world game being made today. It’s true for The Witcher 3 the same way it is for Skyrim, Assassin’s Creed Origins, Far Cry or Watch Dogs.

These games aren’t lying about how far-reaching their worlds are. They stretch well beyond what was possible a few short years ago on an older generation. Although true, I always felt that the phrase hides a more sinister implication. 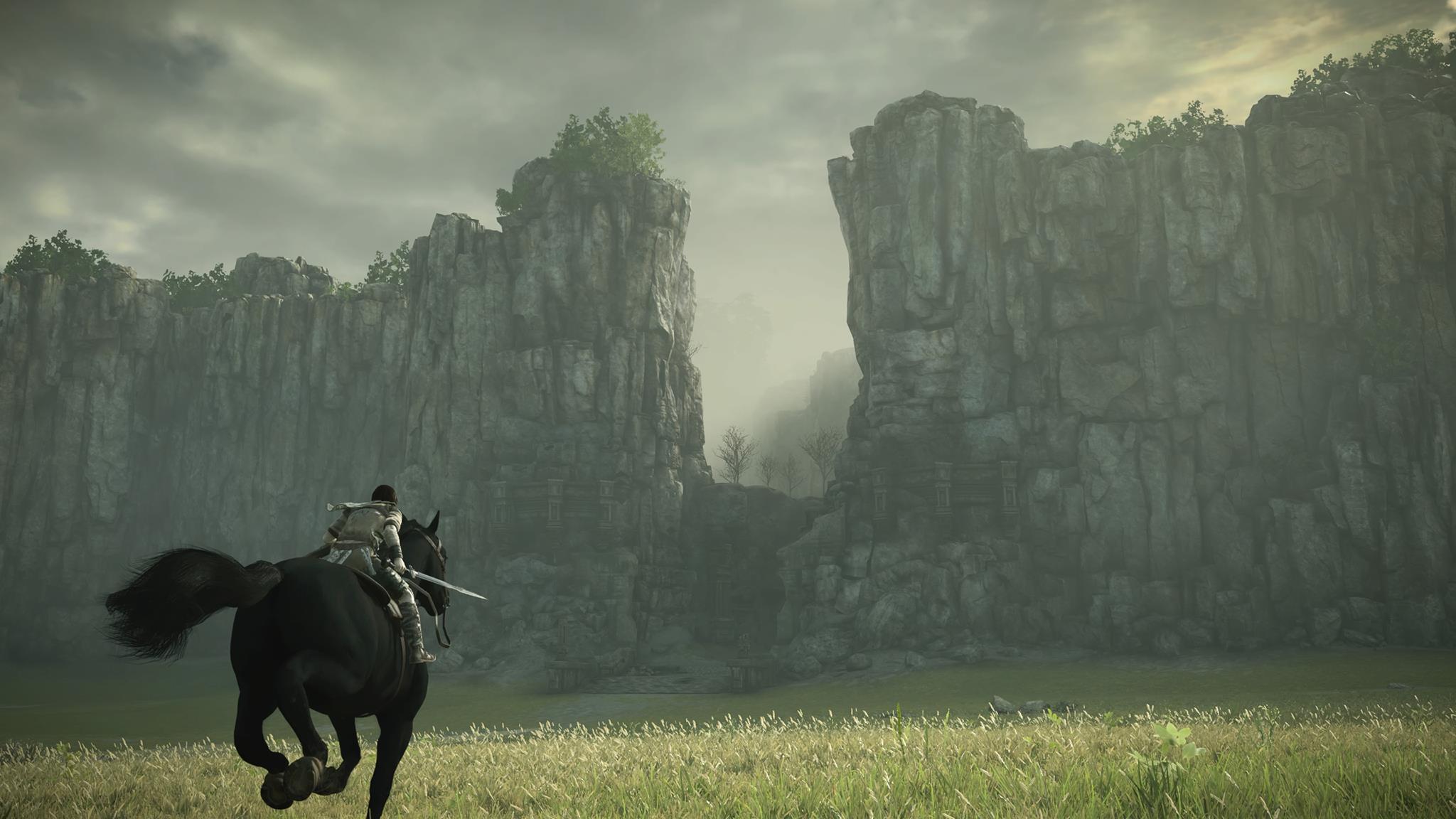 In all but very few, rare exceptions, the sprawling levels I’ve explored went on to weigh down the entire experience. They were billed as the star of the show, every time, as if every game with a big open world was the first of its kind. If there's one thing I can point to in most open-world AAA games, it's that their massive worlds are boring, and add nothing to the game but to puff out the hour count.

The insistence on prominently featuring the open world itself, and the push for bigger and bigger worlds, have left other, more crucial aspects of games ignored. All I remember feeling after playing Assassin's Creed Origins, Ghost Recon Wildlands, Fallout 4 and so many others like them is that I am stuck with an expensive, bloated “thing” where the only modern parts of it were looks and the size of their playgrounds.

Ten hours or so in, they inevitably reveal themselves to be a mishmash of inoffensive, average systems and mechanics that don’t revolutionise or perfect anything. Years of development and millions of dollars spent making remarkably unremarkable games that you can’t earnestly champion any one part of.

Clearing caves in Far Cry or bandit camps in Assassin's Creed is about as satisfying as being done with your weekly house chores. You never want to think about doing them until you have to, and you only do them regularly so you can free up more time for other, non-chore activities. This concept of clearing off items from a checklist has even dominated the conversation around modern open-world games. “Oh, I am 25 hours in”, “Oh I just reached region X and all these icons popped up on the map.” These are the sorts of things people say after a weekend of playing.

No one is anxious to tell you about a boss fight, a combat puzzle, or an emergent gameplay moment of their own making. Think about how you judge “finishing” an Assassin’s Creed game vs a Monster Hunter or a Dark Souls. 50 hours into an Assassin's Creed you'll still be fighting similar-looking goons with weapons that are not that different from the ones you started with, except in power.

Games like Dark Souls are built around showing you something interesting at every turn. The Witcher 3, though it shares many of these open-world shortcomings, at least makes the world tell a story where every region is unique in the struggles of its people. 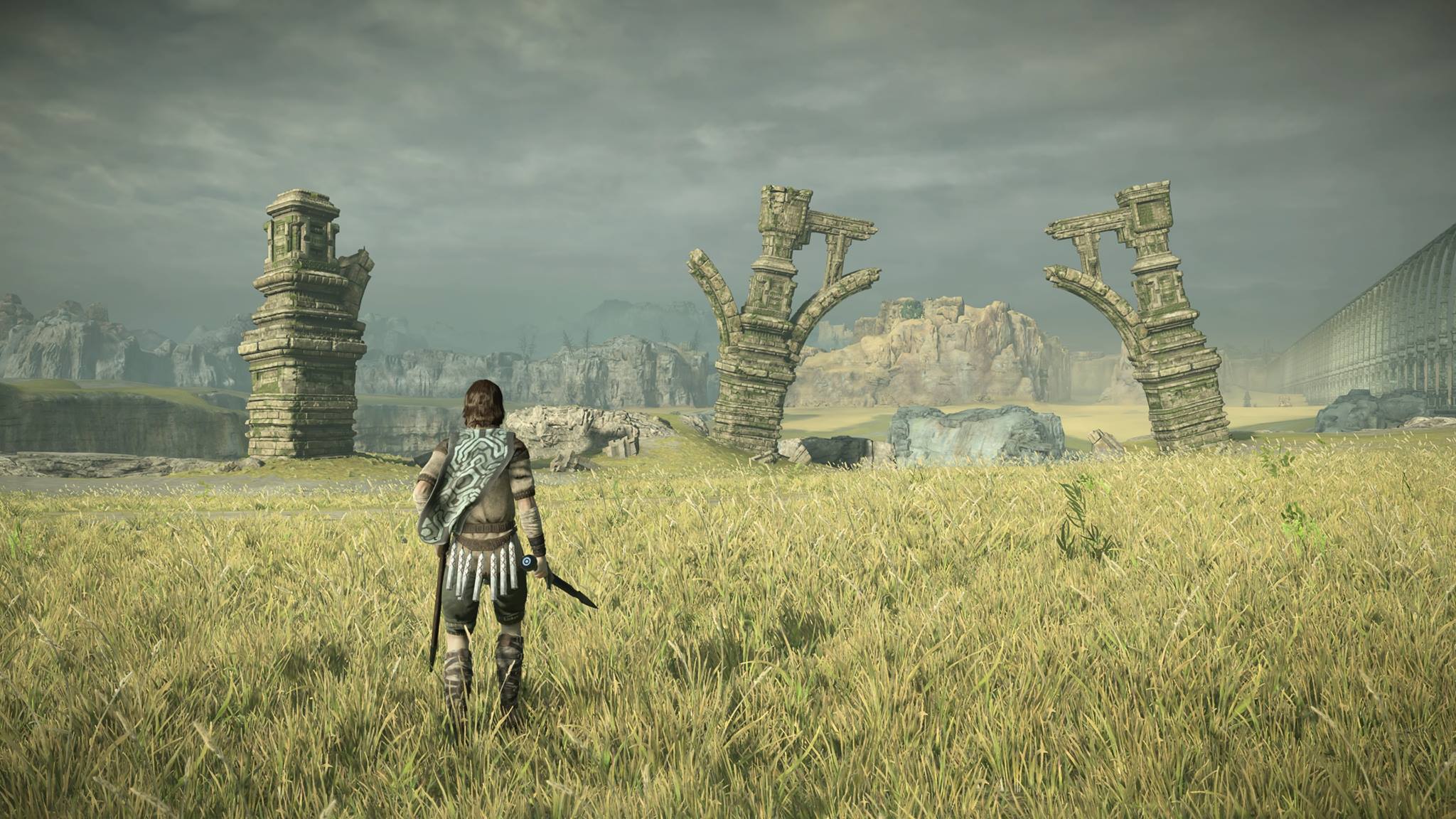 After swearing off anything with a hint of open world, I was surprised to see a perfect example of how to properly make one come from a PS2 game, of all things. Sure, the world of Shadow of the Colossus is not a bustling, busy environment like what today’s games offer, but it does more with those seemingly barren landscapes than Assassin’s Creed or Skyrim ever did with their unimaginably big swathes of land.

Developers will often refer to their bigger regions as "biomes." This is a bit of misnomer, because though they may look different, they depressingly function in the exact same way. The biggest towns and the smallest of hidden alcoves you come across will fool you with a change-up of their layout or aesthetics, but they’ll house the same people doing and saying the same things you’ve been seeing since the start of the game.

Shadow of the Colossus treats the scale of its world as its own character. The world itself doesn’t matter. There’s no consistent visual theme to it. It somehow manages to have green hills, sandy shores, snowy mountain tops and a dozen other idyllic scenes. It’s nothing interesting on its own, but the scale of it is what makes the difference.

Every single structure in Shadow of the Colossus, every Colossus, mountain ridge, tree or shrine all exist to dwarf the player. The wide camera angle that automatically kicks in when you’re galloping across open fields exists to create the illusion of breadth, a horizontal counterpart to the vertical scale that engulfs you everywhere else in the game.

The world is not designed to give you a particular good time, either. You won’t find saloons with poker tables or some other vapid mini-game. It doesn’t even acknowledge your presence, and the only way you get to feel any progress is through witnessing the crumbling remains of your fallen foes. As you run around you’ll constantly be surrounded by peaks and mountain tops in the distance that only exist as backdrop. 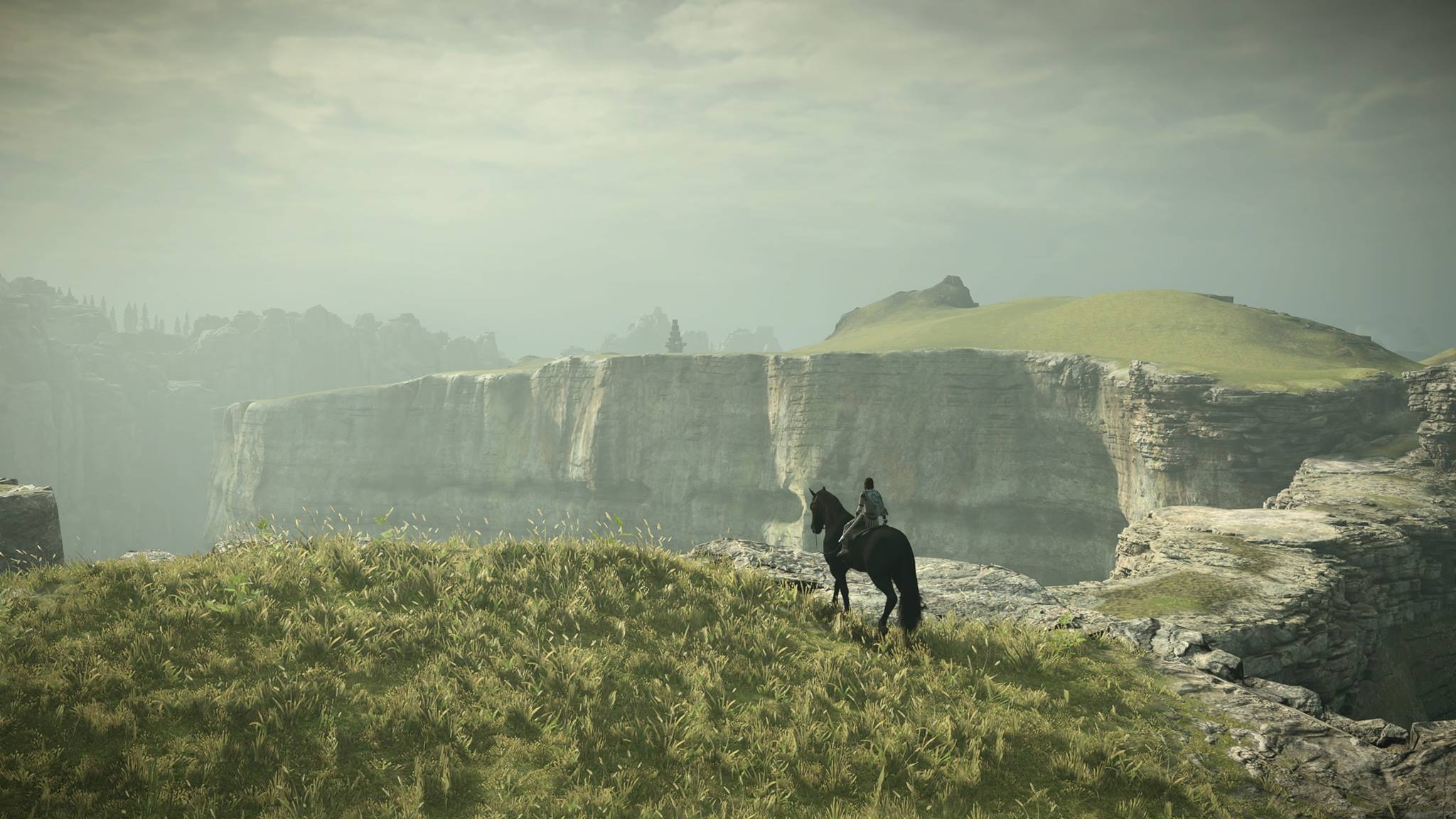 By today’s standards, Shadow of the Colossus’ open-world is lacking, and many would call for something to do in between hunting Colossi. Yet it’s that world that I want to explore over Assassin’s Creed’s. It’s that open world that gives context to everything you do. Without it, you may as well be running from one room to another killing bosses.

Shadow of the Colossus is a boss rush game, there’s no denying that, but it’s the time you spend following the guiding light to your next encounter that imbues the adventure with a sense of discovery it would otherwise lack. You're not a video game character knocking items off a checklist. You're a boy travelling into the unknown in pursuit of a goal.

It makes it feel bigger than it is, and that’s the point. Open-worlds are meant to be a framework onto which games can anchor their themes, and through which these themes can be delivered. Spaces in Deus Ex: Mankind Divided's hub world told stories. The first town you come across in The Witcher 3 demonstrates the brutal toll of war on common folk.

Somewhere along the way, developers forgot that game worlds need to say something. As games have gotten bigger, we lost sight of why their worlds were made so big to begin with.

Here’s an 13-year-old game that wanted to surround the player with, and immerse them into, a world that technical limitations couldn’t allow for. So instead, it used the size of the world itself to say something about the adventure it's inviting players to.

I wish I could feel the same way about any world in a modern open-world game. Instead, I just stop playing a third of the way through. Because the truth is, they’re all just so boring.