The right Pokemon Unite builds can help you sweep the competition, but it means making some tough choices as your monsters level up.

We've singled out some of Pokemon Unite's current top picks and broken down how to get the most out of them, including held items, battle items, and moves.

Your goal with Zeraora is maxing out its damage potential. This mythical Pokemon is a powerhouse, so you don’t want to waste move slots on status moves such as Agility (especially when it learns that automatically later) or moves that might miss, including Wild Charge.

Zeraora’s held items also follow the same principle. Each of these enhances its naturally high damage-dealing potential. It might be tempting to swap Muscle Band for Energy Amplifier, but gathering Aeos energy isn’t really why you’d want Zeraora on your team anyway.

Potion is always a good recommendation, especially early on. However, Fluffy Tail is one of the best choices as Zeraaora levels up since it increases damage and briefly paralyzes the enemy. 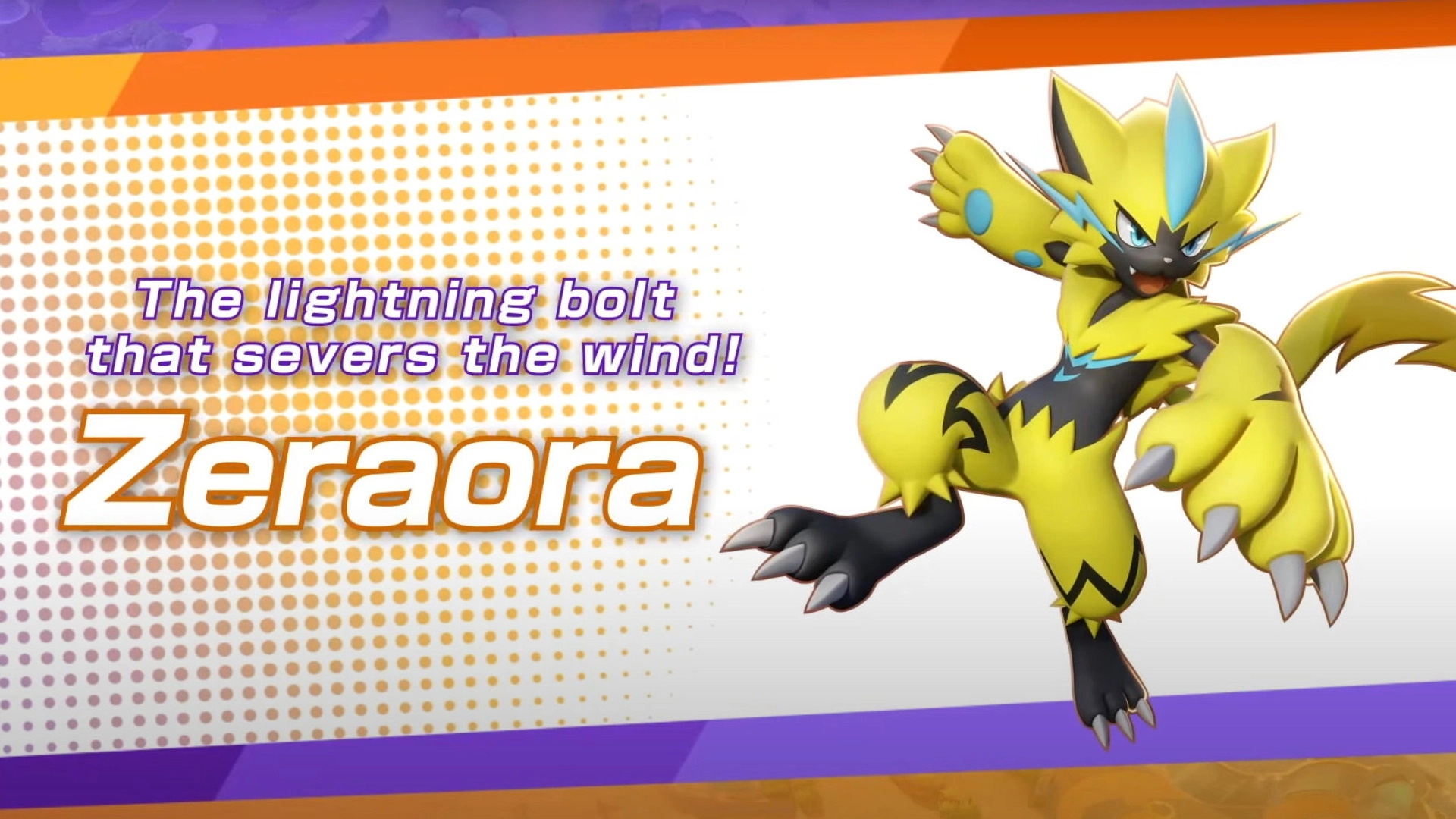 Thunder Shock is an obvious choice considering it’s AoE potential. Electro Ball is our pick over Thunder for a few reasons. Thunder is powerful, but like the mainline version, it’s also imprecise. Electro Ball always hits and it even stuns enemies.

Pikachu's held items should maximize its special attack potential, while the Shell Bell makes up for low defense and how easy it is to knock the mascot out.

The Eject Button is a solid choice for Pikachu. Despite the famous mouse’s damage potential, it’s a frail Pokemon. Eject Button gives you the chance to dash in, deal some hurt, then retreat to a safe place to start the cycle again.

Your first choices for Lucario are Quick Attack and Meteor Mash. The latter might be tempting, but Quick Attack gives you a better edge in the early stages. Extremespeed might seem superfluous but it hits twice assuming the first move makes contact.

Focus Punch is also not what you want from your Lucario. It needs to stay mobile, which is why Bone Rush is a better choice than Close Combat.

Lucario is a strong DPS Pokemon, and its held items should complement that. Muscle Band is a standard choice, and since Lucario’s best build emphasizes physical attacks over special, we recommend the Focus Band instead of Shell Bell for this one. The last slot is a freebie, so we opted to use Float Stone and make Lucario even stronger and faster.

If you’re building a fast and mobile Lucario, then Eject Button is a natural fit. It can get Lucario out of a bind, true, but it can also catapult it closer to a foe you need to dispatch. 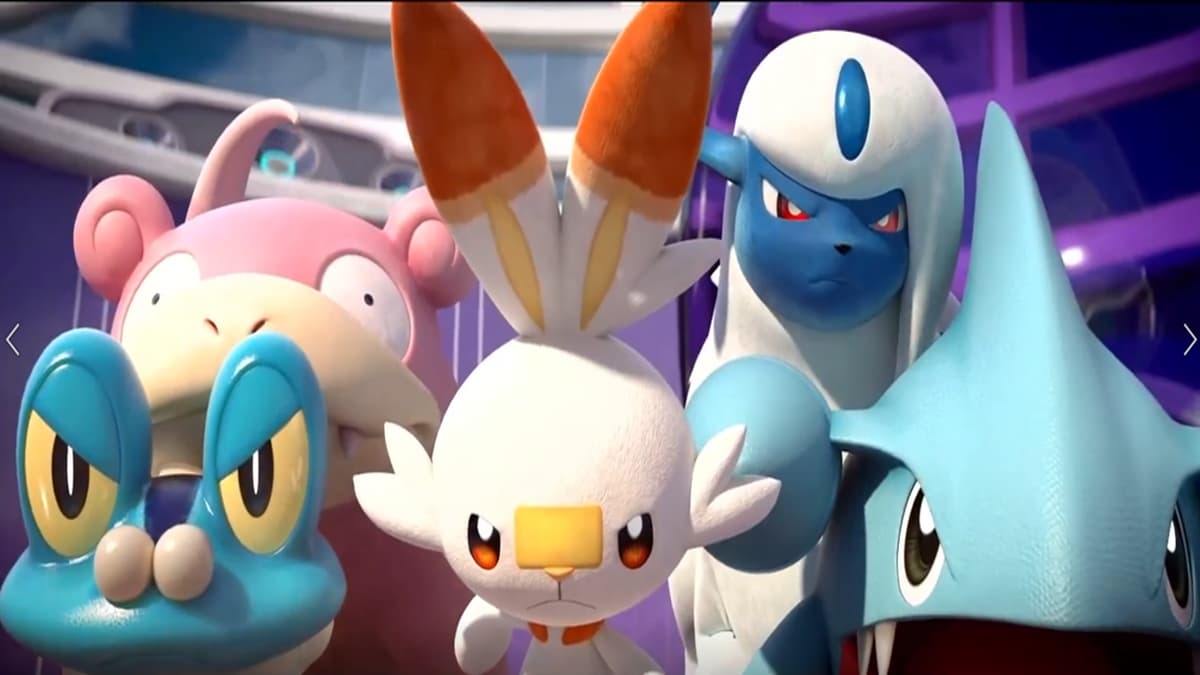 Cinderace is an all-rounder you can build in a few ways. That said, Ember is always the best choice for your first move. It’s more powerful than Low Kick and gives Cinderace some much-needed range.

Blaze Kick furthers its range, knocks opponents aside, and after being upgraded, can even increase your speed. The best part is getting Cinderace in range to dominate with fast basic attacks after pulling this one off. Feint gives you a better chance of surviving in one-on-one encounters. Your move stable is strong enough by this point as it is, so the support move is a better choice.

Muscle Band is, again, a standard option here since Cinderace is a good DPS Pokemon. The unique one here is the Attack Weight. However, it fits with a faster Cinderace build such as the one we’ve outlined above, since scoring points — which is something Cinderace will be doing a lot of — keeps increasing your attack power.

X Attack should be Cinderace’s go-to battle item to maximize its damage output.

Absol is another flexible Pokemon you can build to suit your style, but we’ve chosen a build that favors speed and critical hits. Feint isn’t too useful for the early game, while Slash helps you clear out mobs faster. Night Slash is a very situational move and is also a solid choice. However, Pursuit is easier to pull off without any conditions that could hinder its effectiveness like Night Slash suffers from.

The top picks for Absol’s items make it move faster and hit harder, whatever moves you choose. If you find yourself in a bind more often than not, swap out Float Stone for an HP-restoring item instead.

We recommend Eject Button for Absol if only to help set up Pursuit attacks more easily. If that’s not your thing, then use X Attack to boost its power even further.

If you're still getting started in Pokemon Unite, check out our overview of the ranking system and how it works.