Pokemon Unite is fun and accessible, but it's also a competitively-minded MOBA - and that means it's easy to get backed into a corner that you can't get out of. In that instance, the best thing to do is to surrender the match - giving your opponent the win they're going to get anyway.

In fact, this is simply the polite thing to do. It wastes your time and those of your team mates and opponents to keep fighting a losing battle - so if things have really gone south, perhaps surrendering the match is your best bet.

On this page, we explain exactly how to surrender in Pokemon Unite - so that when the time comes and you do take a beating, you know how to put an end to the misery...

How to Surrender in Pokemon Unite

Surrendering should be a vital component of your Pokemon Unite game - as grim as that sounds.

To surrender in the Nintendo Switch version of Pokemon Unite, you simply need to press the Plus/+ button to bring up the scoring menu, then press Minus/- to access the settings. Finally, on the settings screen, you can press X to choose to surrender - then confirm it.

Sometimes at match just doesn't go your way, and as a team-based game sometimes it just isn't your fault anyway. If you end up trailing a match massively and the enemy only seems to be getting stronger, it might be best to quit out and start a new game.

There's no penalty for exiting a match early as long as you do it the right way. Don't just quit - properly surrender the match. By quitting the match this way, and it won't lower the 'fair play' Karma score that impacts your ability to get into ranked matches - so you can do it without worry. 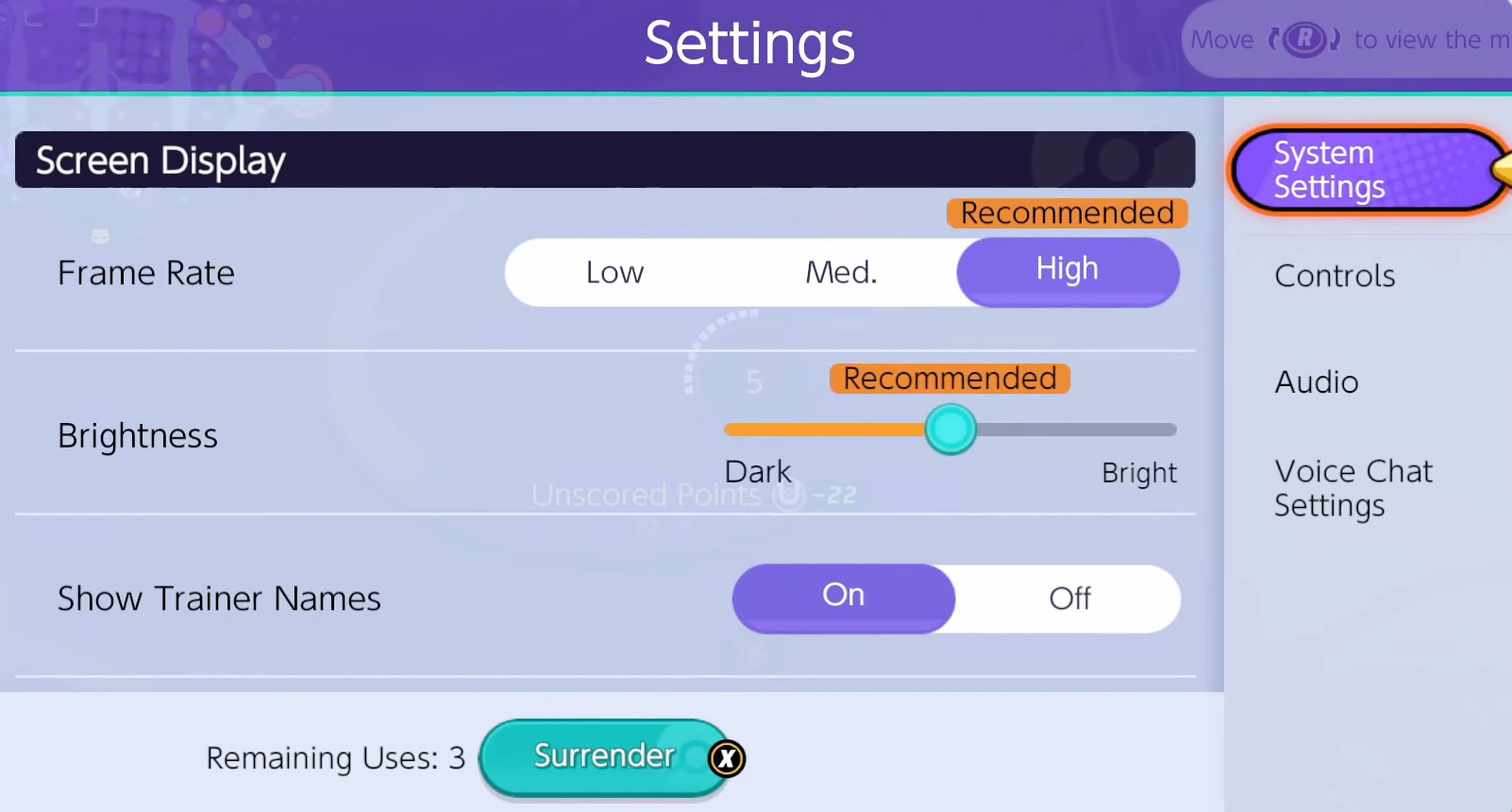 Once you do this, your team will be given a vote on if they agree to surrender as well. If they agree, you forfeit the match and take it as a loss, allowing you to move on to the next match.

You can only initiate a surrender vote if five minutes have passed in a match, and you'll need to be in your own base - you can just let yourself be killed to get back there if need be.

If your team doesn't agree the first time, you can kick off a surrender vote twice more for three total times during a match - so don't spam it too hard.