As if trying to catch them all wasn't enough, Pokemon Go trainers also have to worry about catching Shiny Pokemon. Luckily, we've got a shinies checklist listing every one currently available in Pokemon Go to help you keep track.

If you don't know all about Shiny Pokemon, prepare yourself to open up a whole new world of creature catching. Shiny Pokemon are essentially extremely rare Pokemon that tend to have a different pigment or color to their regular counterparts. Sometimes a shiny Pokemon might simply be a slightly different tone of the same color, while other times a shiny will feature an entirely different, very unique color palette.

Shinies exist of every single species of Pokemon, but not all shinies have been made available in Pokemon Go yet. Instead, Pokemon Go shiny Pokemon have been making a slow-but-sure debut in the game, with the first being Shiny Magikarp, which was made available in March 2017. Anyway - here's some key stuff to know about Shiny Pokemon before we get to the checklist... 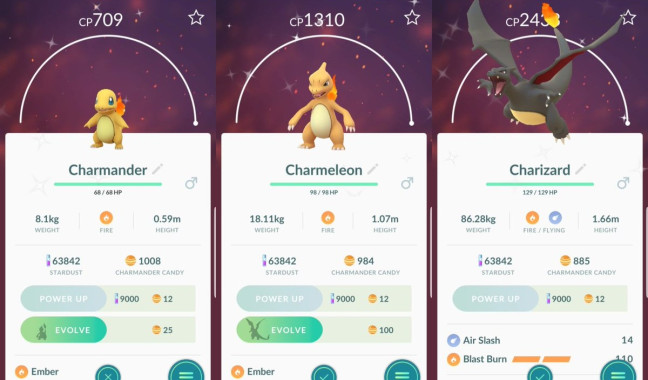 Pokemon Go Shinies: how to get shiny Pokemon and other advice

Okay, so, you want Shiny Pokemon. Well... keep in mind, it's difficult. Shiny Pokemon are supposed to be rare, and so that means that they're extraordinarily difficult to find. If you've been trying to track down a rare Pokemon in the wild such as a Ditto, imagine that spawn rate but drastically reduced.

Typically, Pokemon Go shiny Pokemon come to you through one of a few different ways:

Catching shiny Pokemon in the wild is hugely rare, and there's no real way to game that. With that said, there's some additional tips you should be aware of when considering how to catch shinies:

As with pretty much everything in Pokemon Go, the shinies available changes on the regular based on what in-game events are currently taking place. It's an ever-moving thing, though we've got the latest list of every Pokemon Go shiny creature thanks to LeekDuck of Leekduck.com. This image is really handy as it's actually a physical checklist you can print and mark or mark using an image editor as you go - but if you want the scoop on how to catch each shiny Pokemon, scroll past the image to our text-based list. 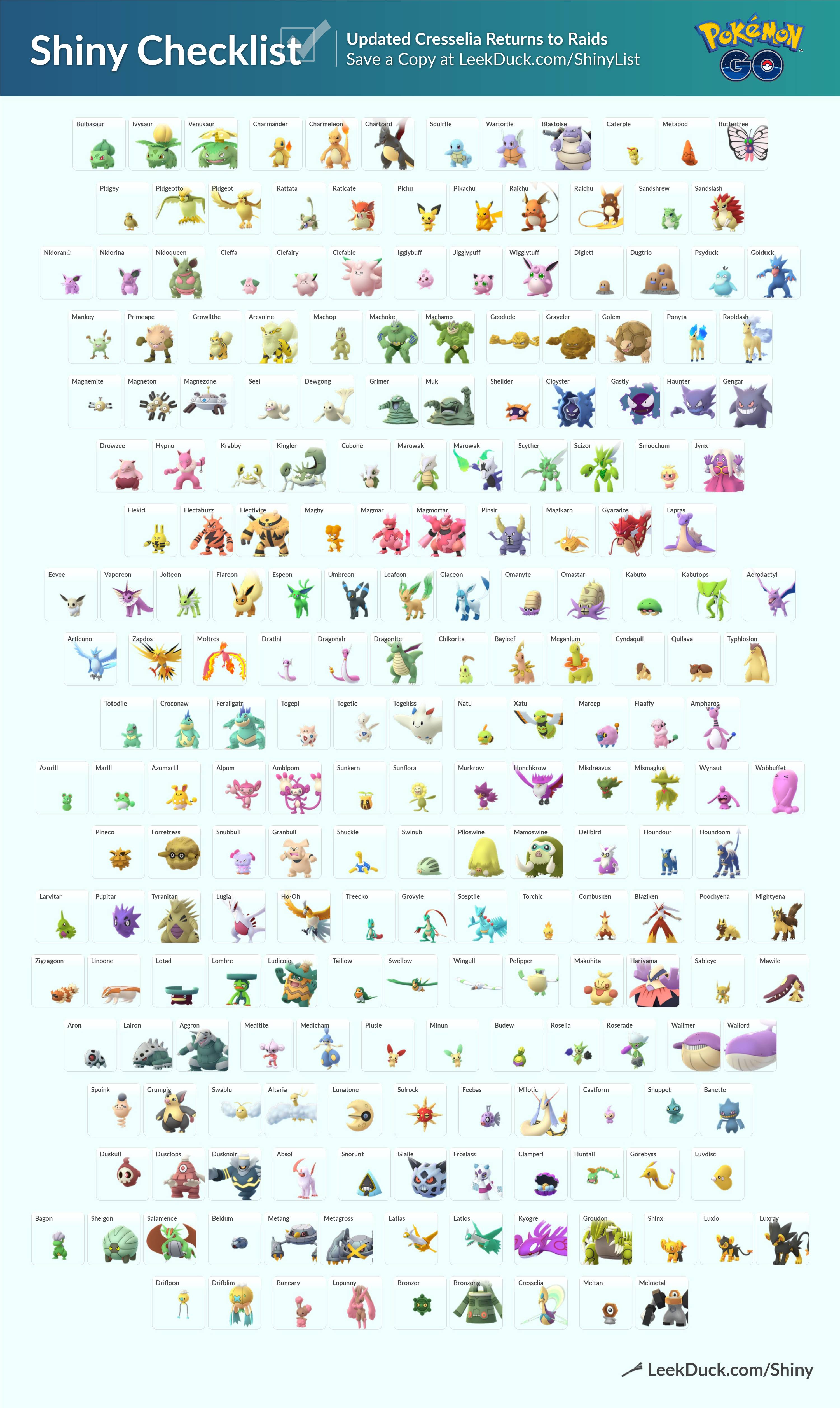 On the list below, we've compiled every shiny Pokemon that can be naturally caught in the wild and listed it. We haven't listed any evolutions available on this list directly: to get a shiny Ivysaur, for instance, you must get a shiny Bulbasaur first and evolve it twice. As such, on this list we've only noted how to catch shiny Bulbasaur.