The sun is shining, the birds are singing, and I’m rolling a six-foot pearl down a big hill. A gorgon is trying to turn me to stone and a harpy keeps setting me on fire.

But I don’t mind - a pink talking tree has told me to roll the pearl into the sea, and who am I to refuse? The pink tree is actually Aphrodite - goddess of love and beauty - who’s been quite literally rooted to the spot by the malicious magic of Typhon, hulking son of the earth titan Gaea.

Seeking revenge against the gods of Olympus, he’s destroyed the Veil of Tartarus separating the realms of the living and the dead, freezing mortals in stone, twisting the gods’ Golden Isle, and sapping the Olympian’s strength.

Only Fenyx, prophesied hero, can save the day by rescuing the gods, returning their power, and defeating the shades of the world’s mightiest heroes.

That’s where the absolute unit of a pearl comes in.

With the help of the messenger god Hermes - apparently quick enough to even evade the wrath of Typhon - we’ve come up with a plan to wither the dark roots holding Aphrodite captive with supernatural salt water.

To get some, we need to recreate the circumstances of Aphrodite’s birth. The story goes that Zeus’s dad, Cronus, lopped off Uranus’ - the sky god - “pearls” causing them to fall into the sea. From the seafoam, came the resplendent Aphrodite.

We know all of this because the action in Immortals Fenyx Rising is itself a story; told by the imprisoned fire god Prometheus to Zeus. Their sassy, jovial banter narrates proceedings and does a brilliant job of filling in the mythological blanks. 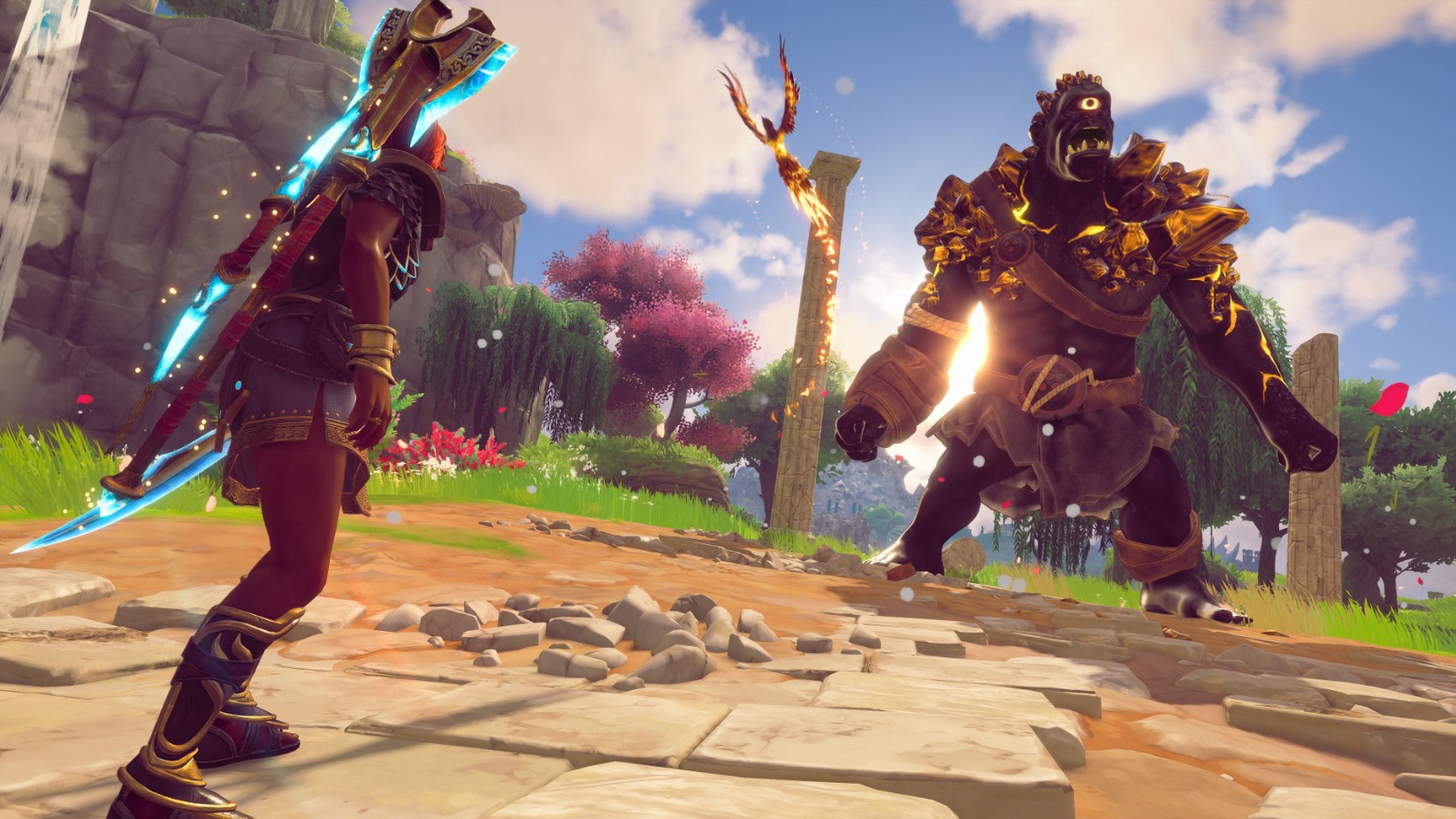 I feel like this section sums up Immortals Fenyx Rising perfectly. With physics-heavy, open-world gameplay that takes more of a forest than a leaf out of Breath of the Wild’s book, and cheeky, storybook narrative presentation that takes pleasure in recounting the mythology it’s based on, rather than just wearing it as a skin.

Classical Greece obviously has a rich history and beautiful mythology to draw inspiration from, but when I first played Immortals Fenyx Rising a couple of months ago, with much of the final story elements not ready to be implemented, things felt a bit cold.

But the proper beginning of Immortals does a lovely job of establishing all the world’s game-ier systems within the lore of Fenyx Rising, with your hero taking on the weapons of great heroes who’ve fallen to Typhon - like Achilles' sword, or the axe of the huntress Atalanta - instead of them just appearing in your inventory.

It gives a much more charming sense of character to the bendy action figure art style that I really like, because it would be so, so easy for Immortals to feel overly derivative considering its Zelda-like blueprint and marked similarity to Ubisoft Quebec’s last game - another Ancient Greek epic - Assassin’s Creed Odyssey.

But while it does port over even the annoying parts of Breath of the Wild - no one wants to glide over a huge body of water, land in a millimeter of surf with you stamina bar low, then black out to appear back where you started - Immortals feels fresher for not having to weave the threads of a larger series into its setting.

What it ends up reminding me of most is the now old-school platformers of the ‘90s and early ‘00s like Spyro and Banjo Kazooie - tongue-in-cheek, all-ages action bursting with colour and playful humour. 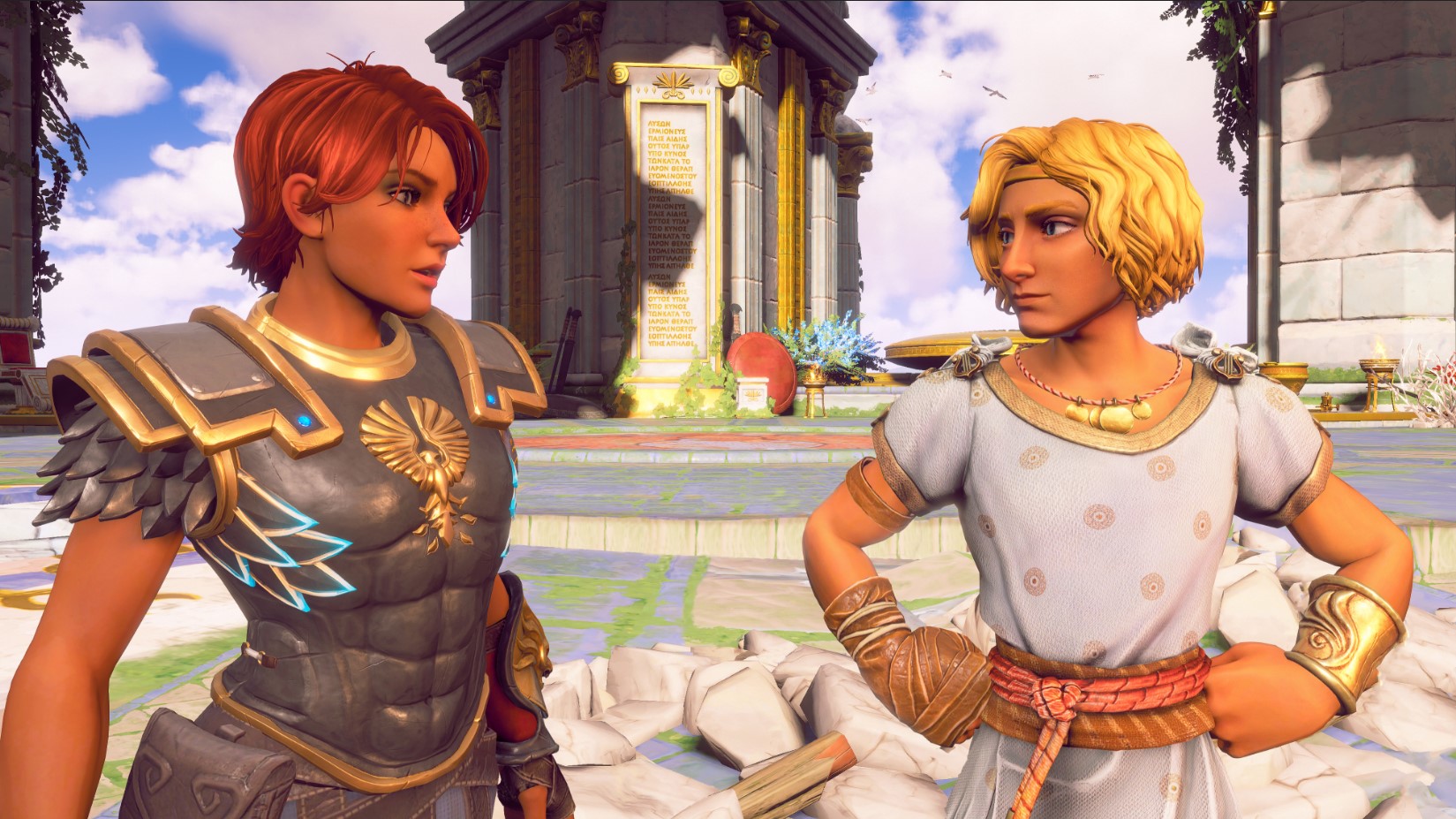 Between games like Assassin’s Creed Odyssey and Hades, we’ve seen some gorgeously rich interpretations of Ancient Greek mythology in the last couple of years. I was worried that Immortals Fenyx Rising didn’t have the same depth; but if it can keep up the same dedication to its source stories for its whole duration, then it’s sure to be a fun history lesson.

For more on Immortals Fenyx Rising’s gameplay, we have another hands-on preview, here.

You can play an early demo of it via Google Stadia, here.