With the release of Ghost of Tsushima Director's Cut on PS5, there's never been a better excuse to fully explore its huge open world.

But with the fog of war clouding Tsushima, it can be tempting to traipse around every nook and cranny to fill in the blanks and complete the map. We've done the hard graft for you and tracked down each and every vanity item to be had in the game - including the secret hats which aren't marked on the map. And we've also updated this page to include images of every single sword kit in the game - as well as their locations.

If you're having trouble tracking things down, remember, once you've finished the game and ejected the last of the Mongol invaders, you'll get unrestricted access to Ghost of Tsushima's full map. Finally, those sword kits, fancy hats and masks will be yours!

Some of these more special items you can find include easter eggs harking back to Sucker Punch Productions' earlier games including the Sly Cooper series and Infamous: Second Son. Namely, the Sly Tankui Sword Kit and Band of the Second Son headband, which you can track down in act 2 and 3.

We've marked the regular vanity items in yellow on the map segments - split into acts to avoid unnecessary spoilers - and the secret hats, headbands, and masks in blue. We'll also list their locations below. 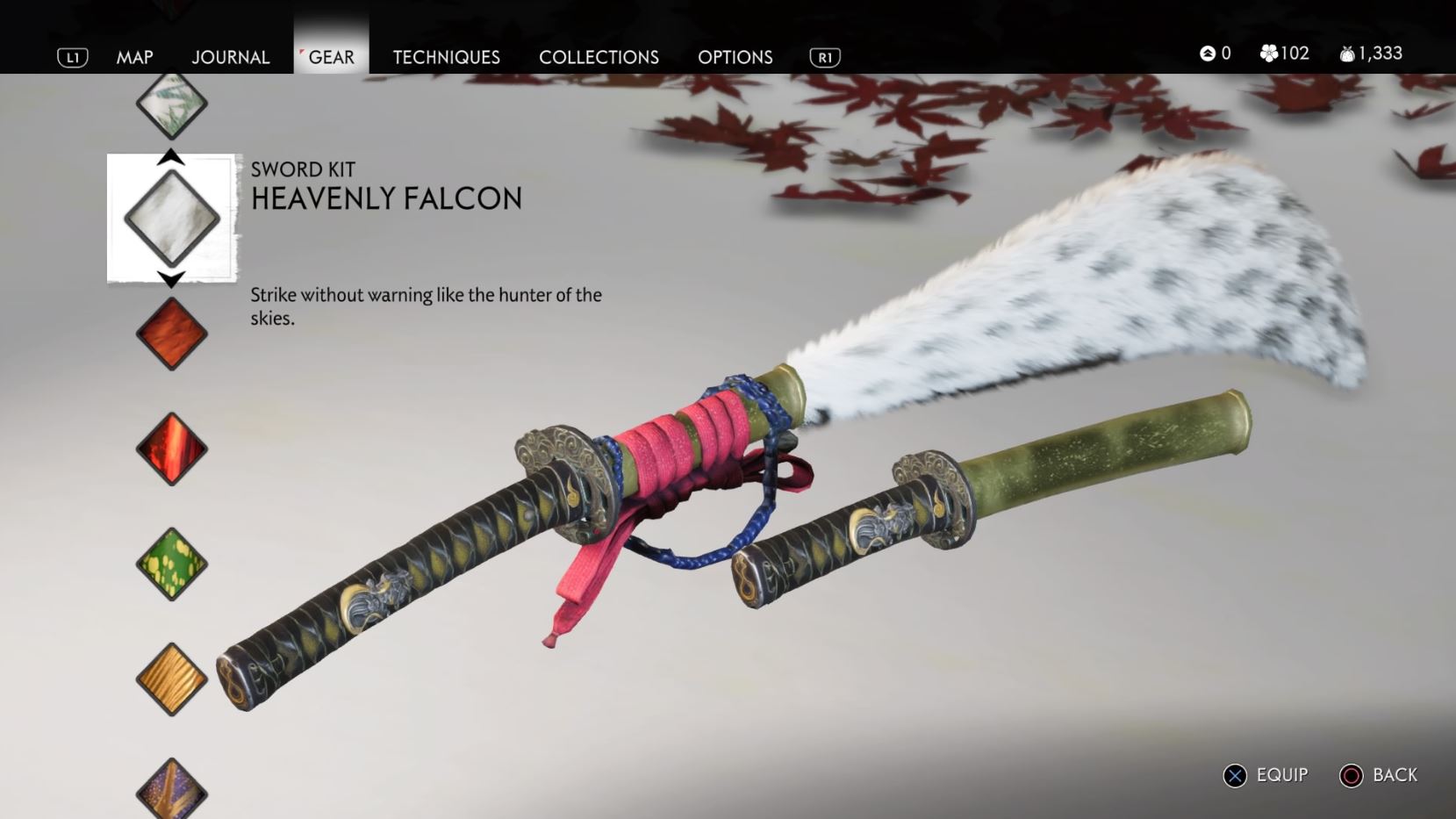 Despite being early in the game, there are plenty of cool vanity items to find. 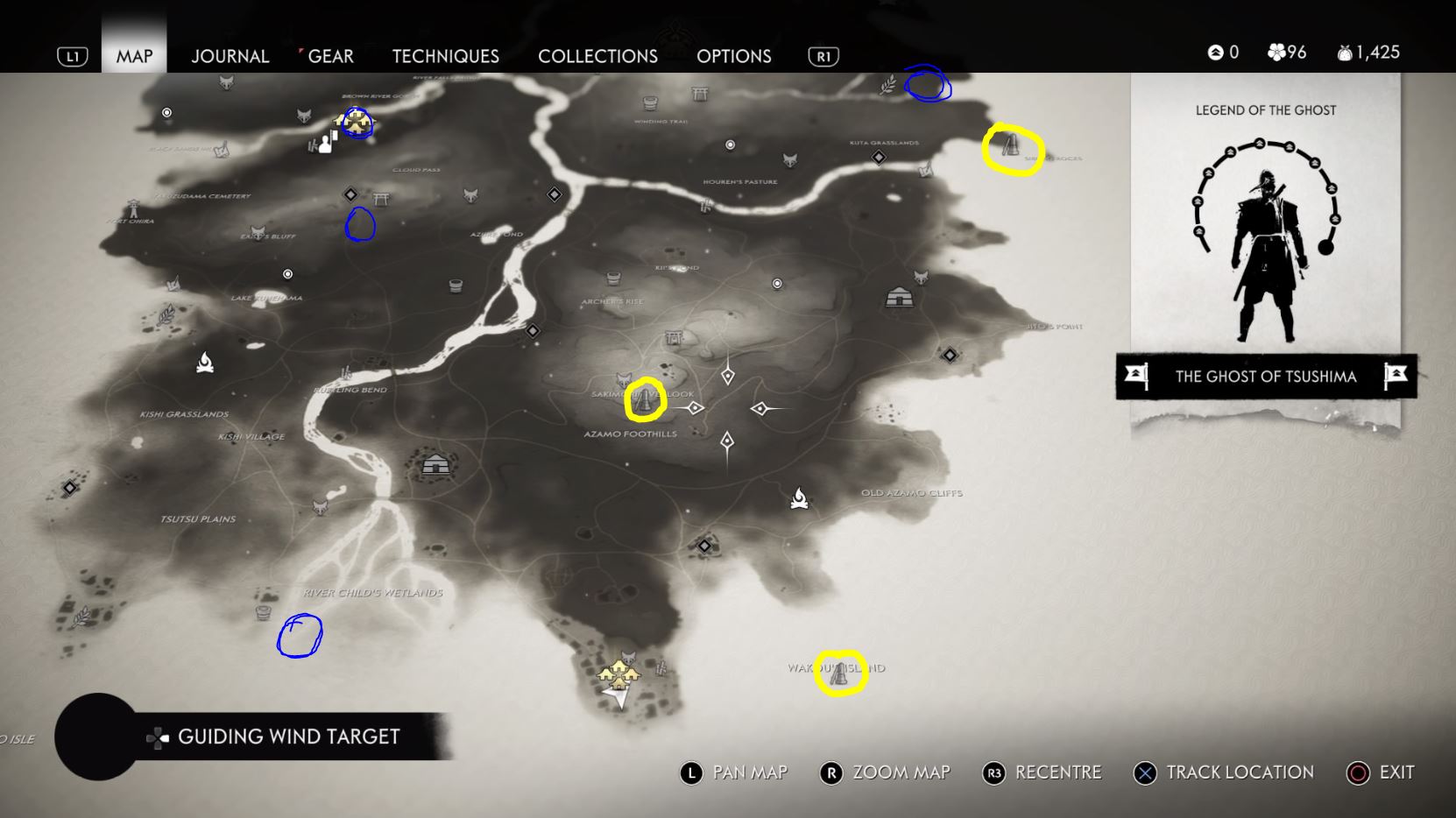 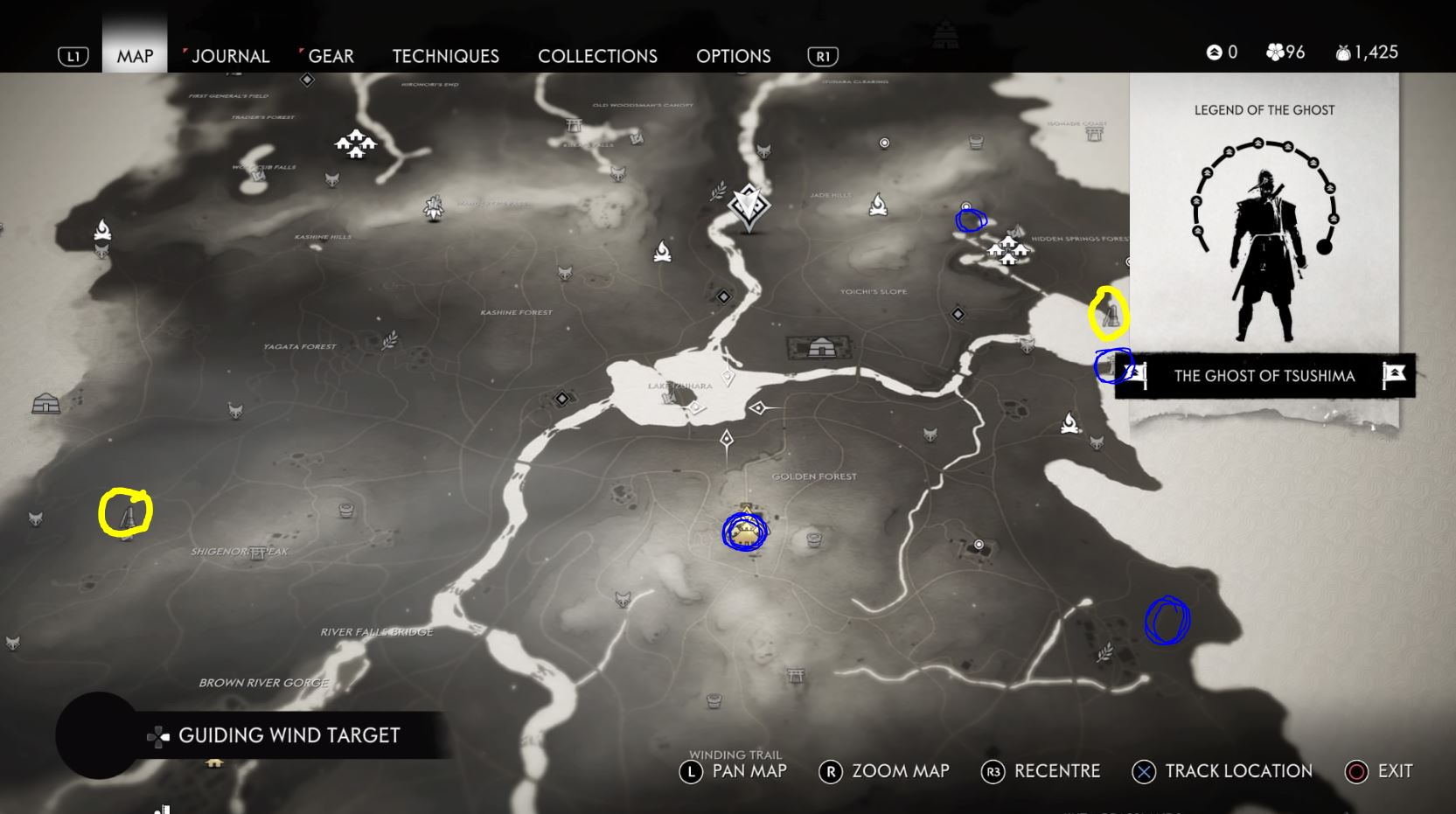 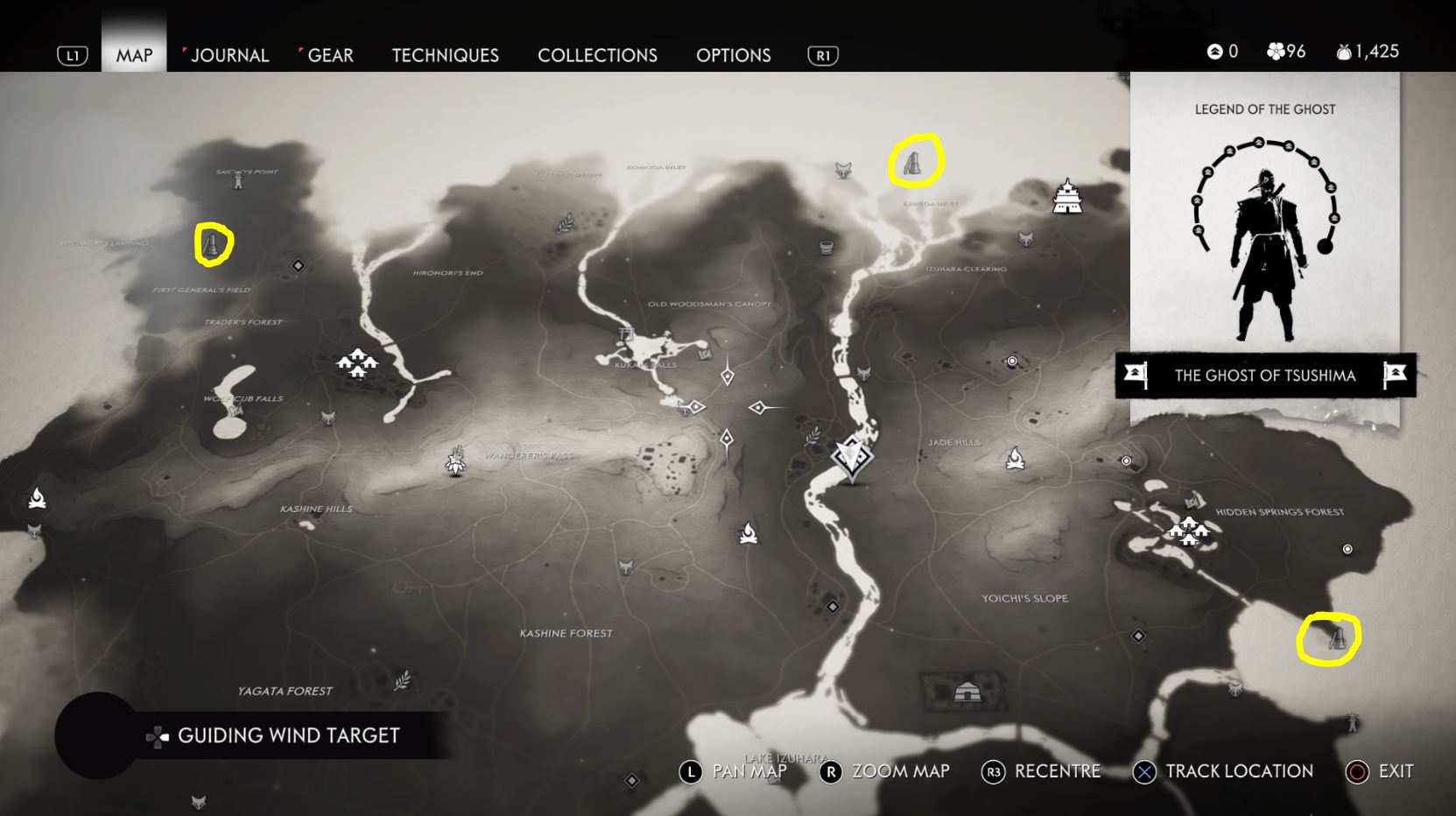 In the second area of Ghost of Tsushima, you can find one of your first easter eggs - the Band of the Second Son - on top of the pagoda at Omi Monastery. 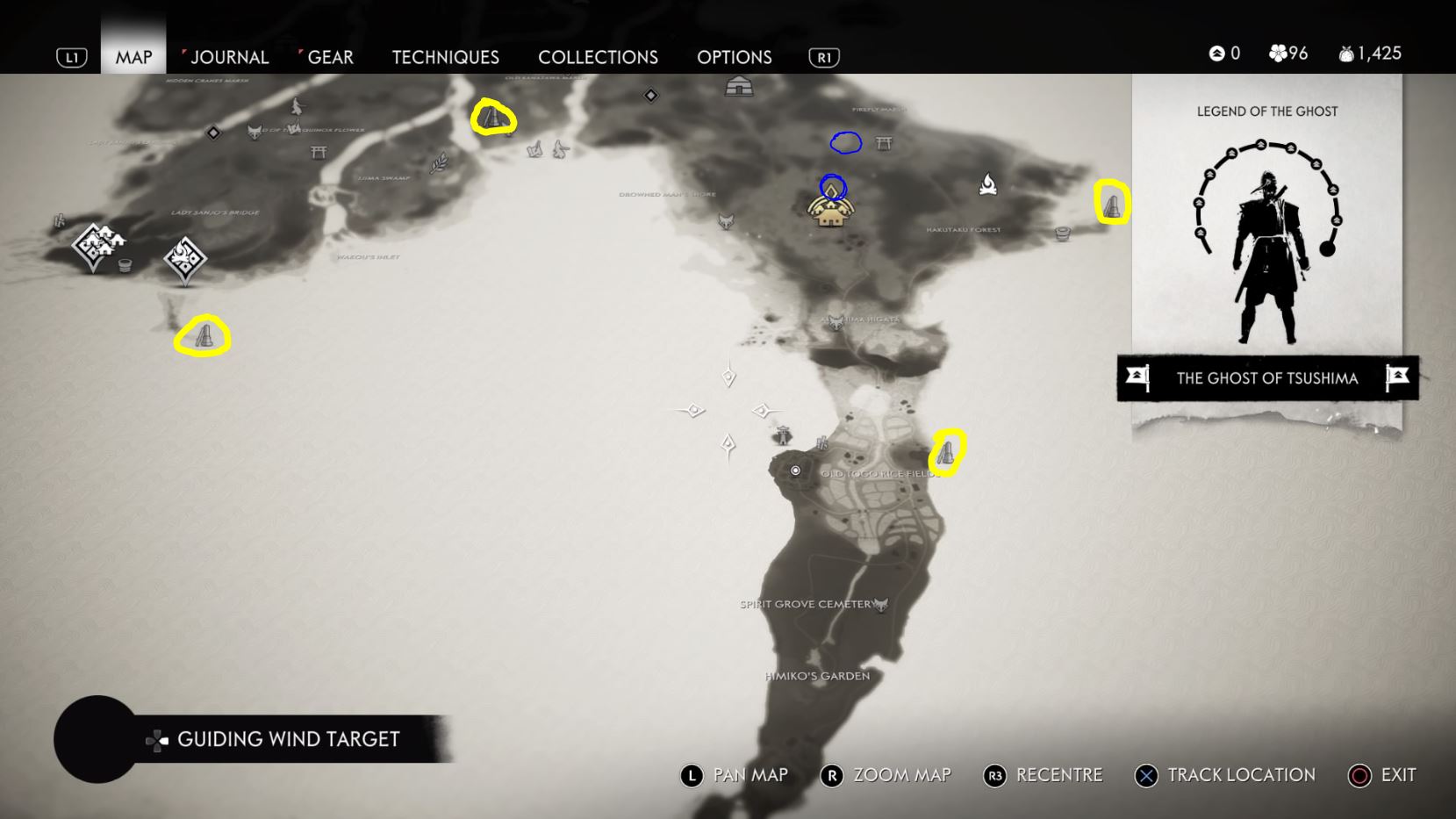 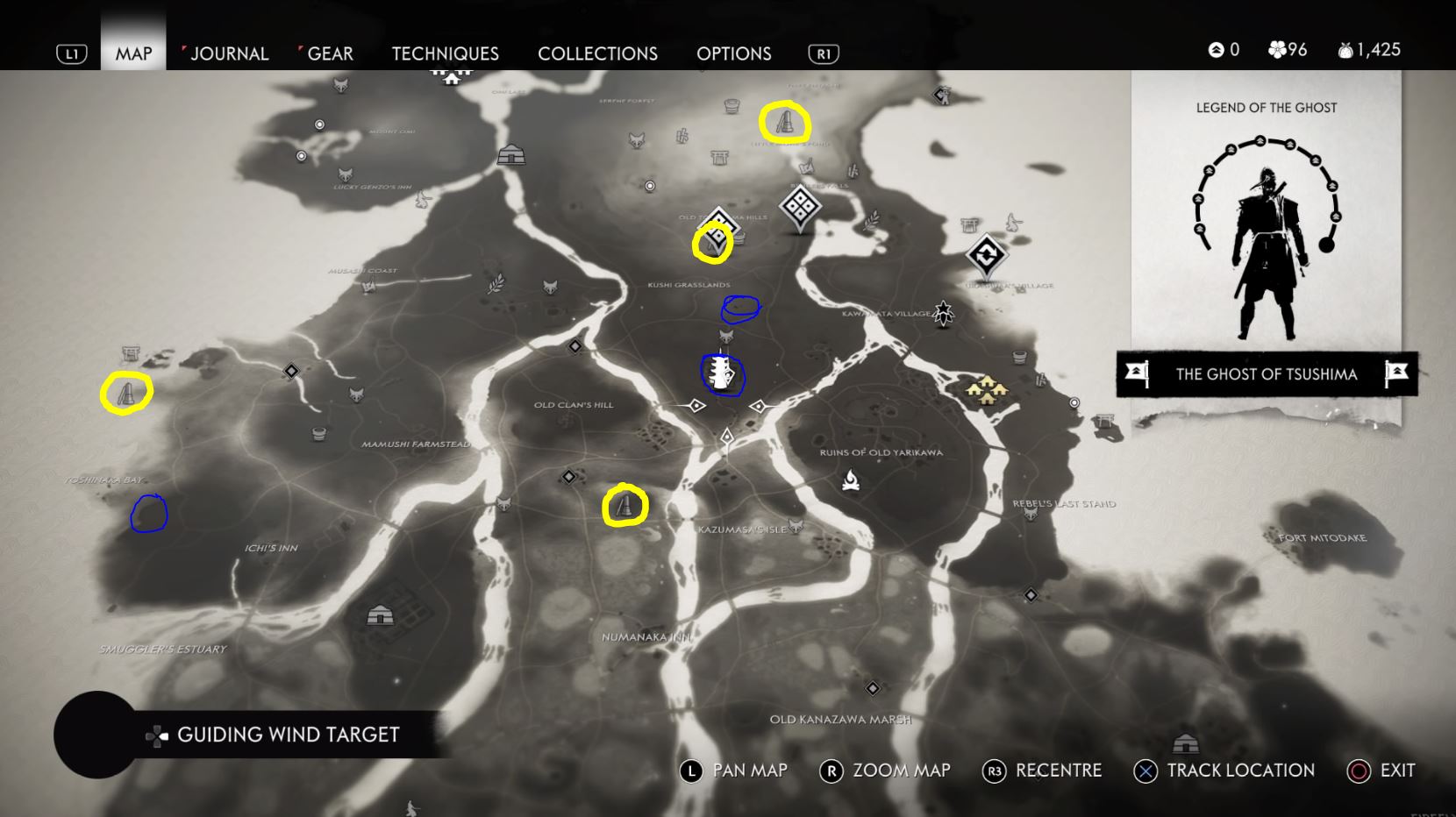 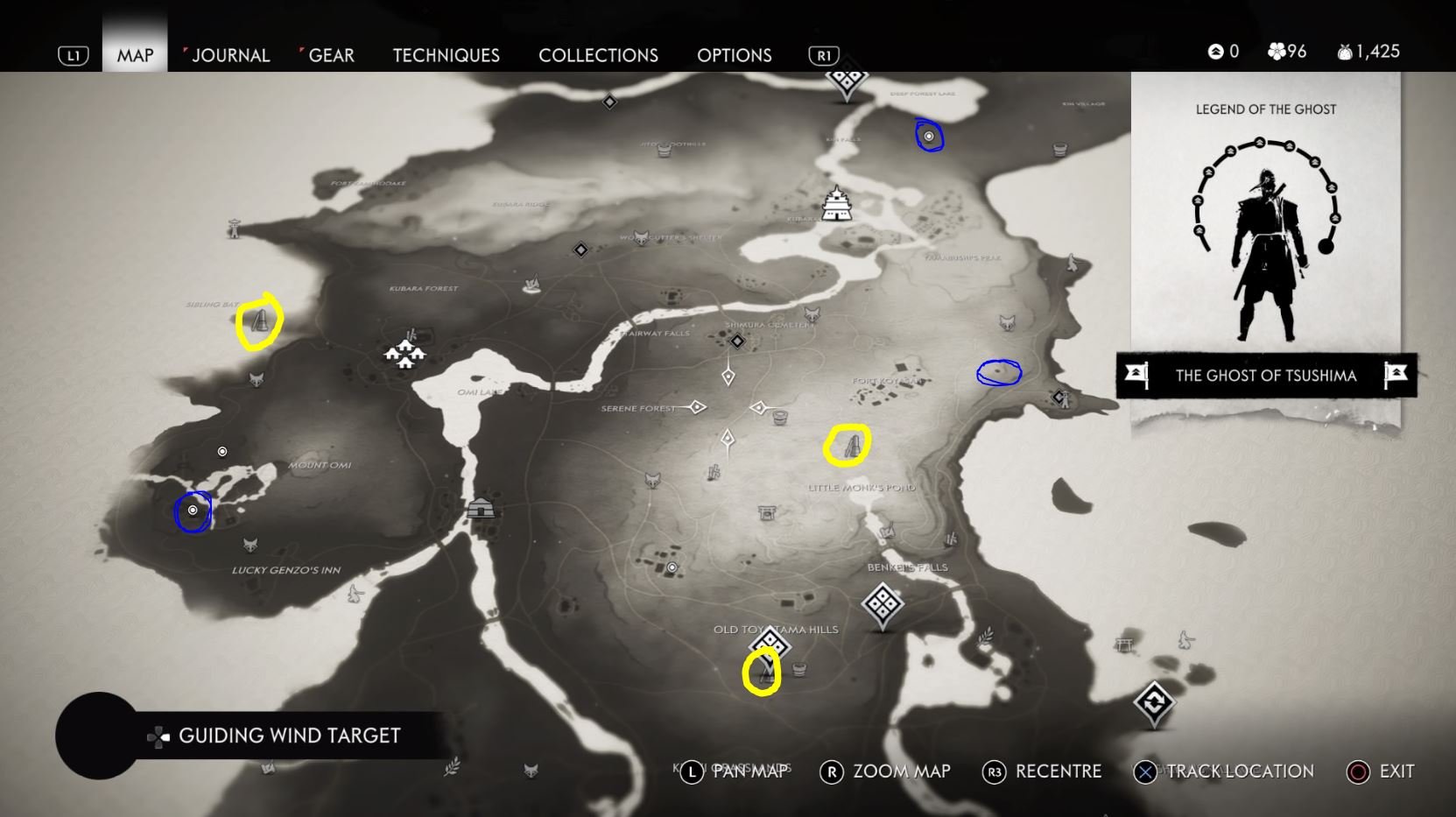 With the entire island open to you, it's time to mop up the rest of the kits, hats, and masks - including the Sly Tanuki on the east coast. 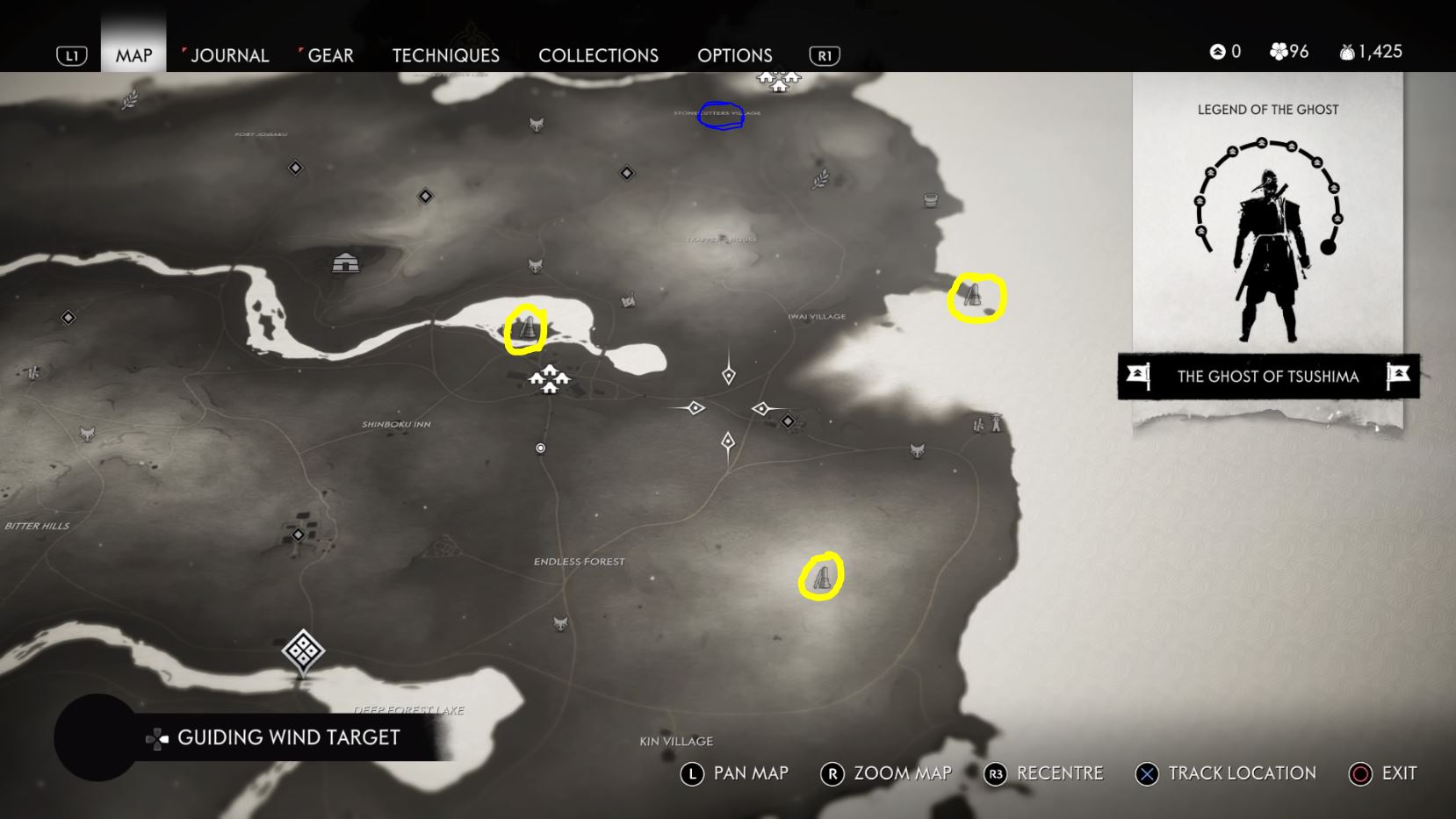 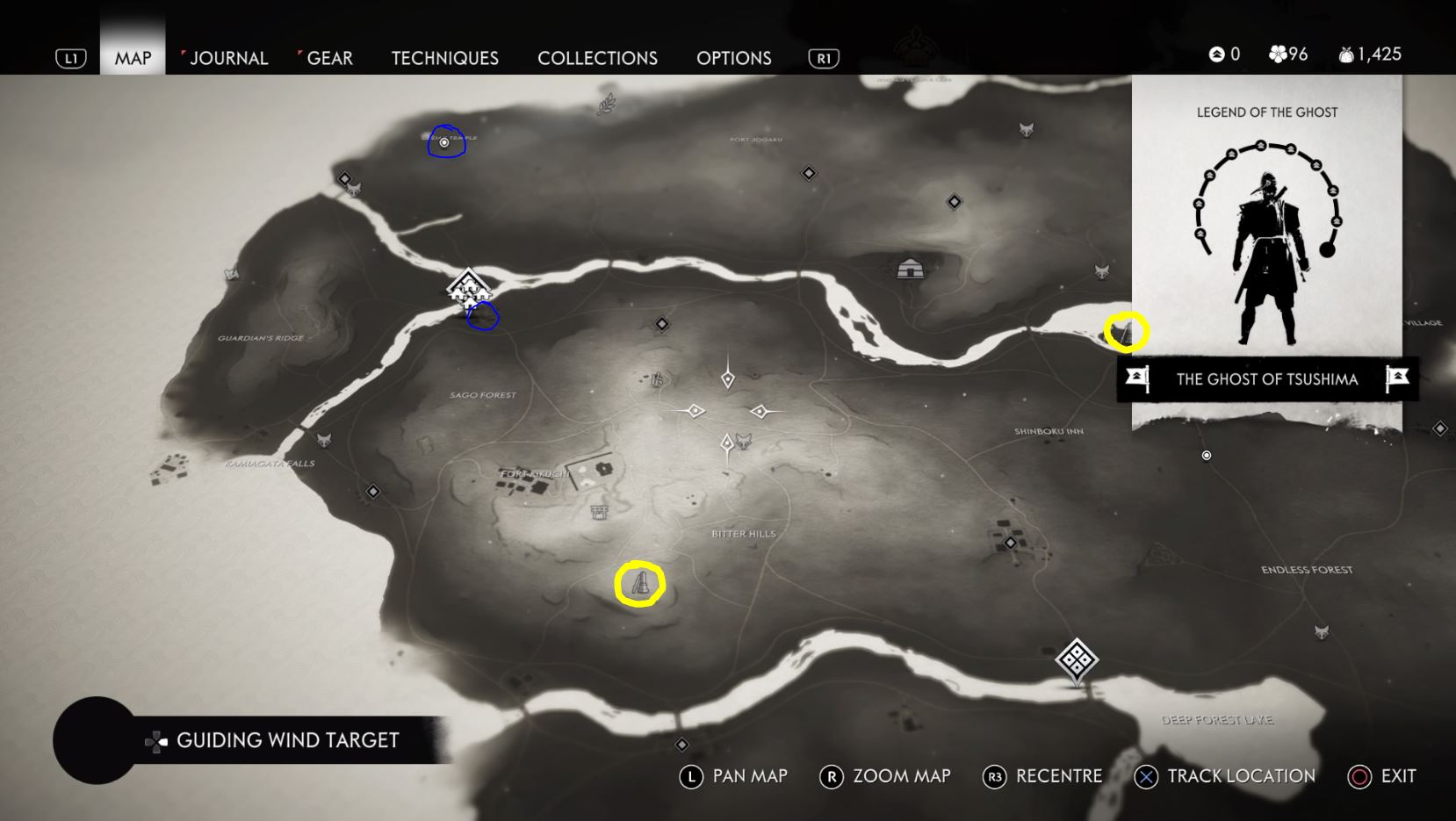 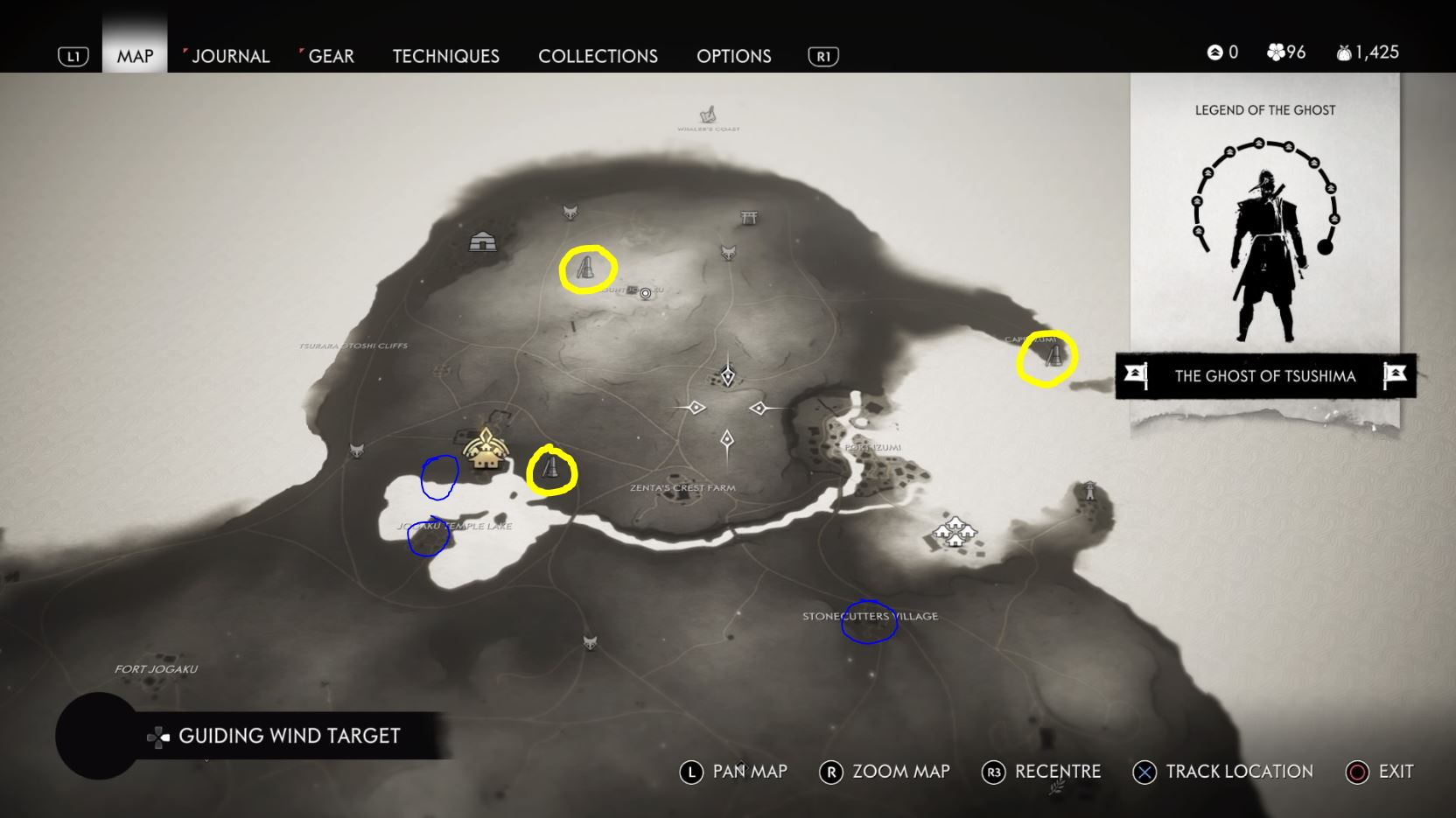 Ghost of Tsushima - all sword kits at Pillars of Honor

Most of the best sword kits in Ghost of Tsushima are found at the Pillars of Honor shown on the map above. Here's a list of what you'll find at each one. We'll then embedded a gallery of everything so you can pick out which ones you like.

Outside of the Pillars of Honor sword kits, there are a few more to pick up. They are:

Of those, the Crooked Kama Headband and Band of the Second Son are the Sucker Punch easter eggs.

For more Ghost of Tsushima maps, we have pages on where to find all of the Fox Dens, Bamboo Strikes, and Hot Springs.

We also have a walkthrough for all of the Mythic Tales, here.

While we also have pages with our picks of the best charms, best armour, and best ghost weapons and techniques in Ghost of Tsushima.