They’re heavy with high recoil and, on the surface, don’t have nearly as much going for them as their lighter SMG counterparts or other weapons. But built the right way, the best Warzone LMG can be an invaluable addition to your arsenal.

While Raven hasn't driven the MG82 into the ground, it’s still one of the best Warzone LMGs, despite its reworked recoil and damage. MG82 addresses the most common LGM complaint of high recoil and adds heavy damage and rate of fire, making it worth experimenting with even if you couldn’t click with LMGs before.

Post-nerf, the MG82's TTK is closer to average and will likely take an extra bullet to down an opponent at full health and armour. However, if you spec it out to suit your playstyle, it can still be competitive even if it's not as viable in the meta at large.

How to unlock MG82 in Warzone

You’ll need to reach Battle Pass Tier 15 to unlock the MG82, though Raven will likely add bundles to purchase where you can grab blueprints for it as the season rolls on.

Our MG82 build increases the gun’s speed, but there’s some flexibility in the optics. You can go for a laser instead to avoid the ADS hit if you’re confident enough in your aim and don’t need the added zoom.

Stoner 63 was the best Warzone LMG before Raven added the MG82. It boasts higher accuracy than most LGMs, which, along with its equally high bullet velocity, makes it a devastating weapon for close- and mid-range combat. A good barrel or muzzle is essential for enhancing that range, but whatever your choice, you won’t run out of ammo anytime soon. 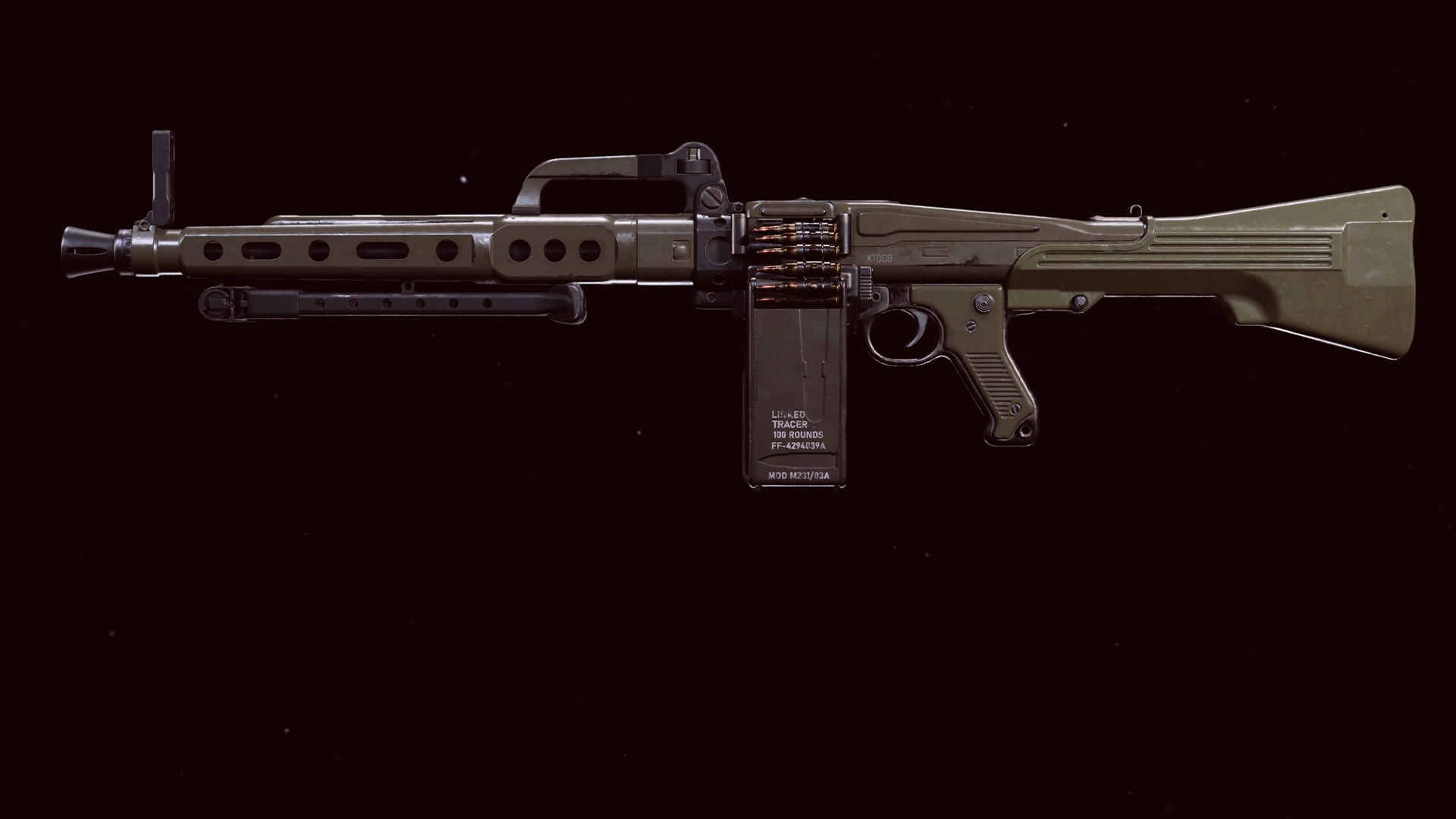 How to unlock Stoner 63 in Warzone

You’ll unlock Stoner 63 once you hit level 4, making it one of the first LMGs you’ll get.

Our setup improves the Stoner 63's range and keeps it in action longer.

The FiNN works best at mid- and long-range, with high bullet velocity and even higher flexibility so you can play it like an assault weapon or an LMG. Whatever your choice, enhancing its range, velocity, and stability is a good idea, though how you deal with optics is up to you.

After the nerf to the MG82, the FiNN has the best TTK of all of the LMGs in Warzone - that is when its perennially bugged attachments work properly.

How to unlock FiNN in Warzone

Get one melee kill with an LMG in seven matches to unlock FiNN.

Some builds recommend using the Tac Laser for improved ADS. However, a laser is counterintuitive if you’re not opting for close-range combat and use a Suppressor.

The SA87 is another flexible gun that, built correctly, can down enemies in just a few shots. With good base accuracy and ranged attack, it’s easy to make this one handy in a variety of situations by augmenting its velocity and sights.

How to unlock SA87 in Warzone

The SA87 unlocks when you reach level 24.

Our SA87 setup opts for increased ranged damage, reach, and mobility. Though we recommended against using a laser with the FiNN, it’s a good idea here.

Sure, the big red light beam shows exactly where you are, but the added ADS helps you find and eliminate enemies quickly so you can move on to the next one.