Assault rifles are the most popular weapons in Call of Duty Warzone for a reason, and the best Warzone assault rifles can easily clear the field.

They’re fast, deadly, and reliable, despite some recoil issues. Better yet, Raven is routinely adjusting stats so rifles that used to be unplayable now have a chance in the meta game. Our Warzone assault rifle list has the best picks for any situation, including the new C58 assault rifle.

The Season 3 update elevated FARA 83 and made it a strong contender for the best assault rifle in Warzone. The buff lowered the maximum damage ceiling, but also reduced FARA 83’s recoil and increased its damage and damage range. FARA 83 was already good at longer ranges, and the right attachment setup builds that out even further.

How to unlock FARA 83 in Warzone

Since the Season 2 Battle Pass is gone, the only way to unlock FARA 83 is getting two headshot kills in 15 different matches.

Even after two big nerfs, the CR 56 AMAX is still one of the best assault rifles. Raven reduced the damage multipliers that made CR 56 so deadly, though its damage range remains intact. If anything, it just gives you a bit more leeway in accuracy so you don’t have to worry about recoil as much.

How to unlock CR 56 in Warzone

You’ll have to get three gunbutt kills with an assault rifle in 10 different matches to unlock the CR 56.

Our CR 56 AMAX build uses the Monolithic Suppressor to help you stay hidden while you set up long shots and adds some much-needed extra ammo.

The Cold War AK 47 is more viable than ever thanks to its Season 3 recoil-reducing buffs. It’s always been one of the strongest assault rifles, but heavy recoil meant you had a 50/50 chance of actually landing the shots you needed. Recoil is still a minor issue, but nothing you can’t handle with a good build.

That recoil doesn't matter as much at close range however, and the AK 47 is actually one of the best guns overall for spraying. So while you might make another choice with your primary, the Cold War AK pairs well with almost any longer-range weapon.

How to unlock CW AK 47 in Warzone

You’ll get this one fairly quickly, since it unlocks at level seven. 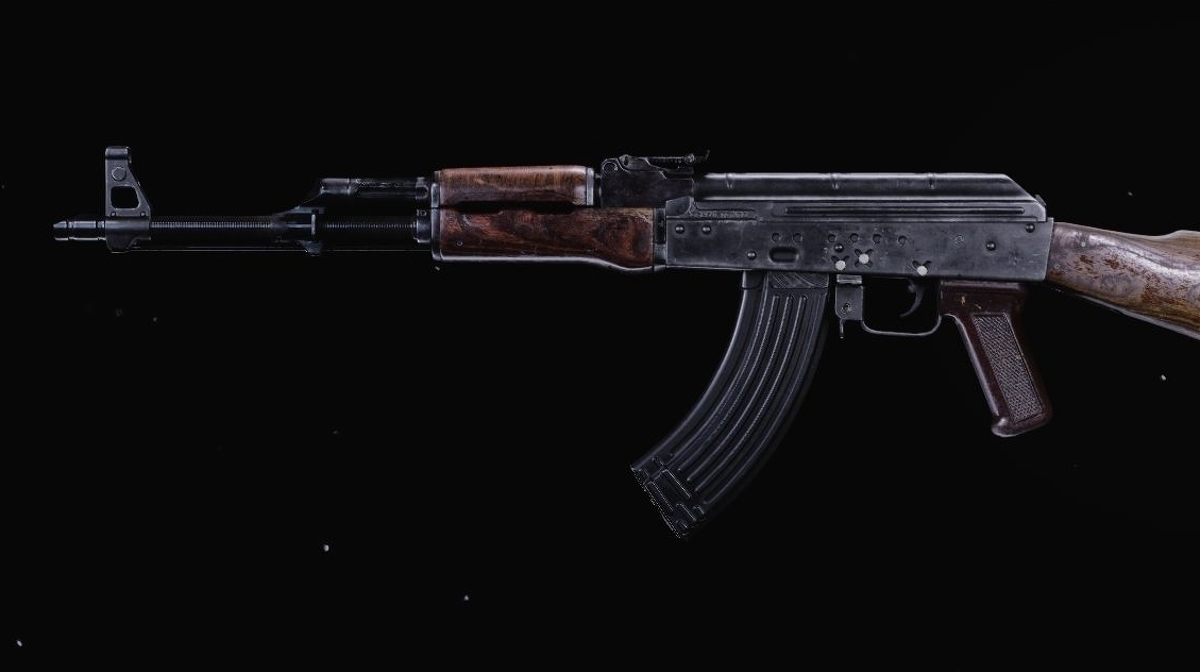 This setup is a middle-of-the-road approach to the AK 47. It increases stability and range, hides you on the map, and most importantly, adds extra ammo. You’ll need it. As we mentioned before, you can also spec the weapon out for mobility to really turn it into a close-range monster.

Krig 6 is another rifle that struggled in the meta before Season 3. Recent buffs gave it a much better damage output, however. Combined with its already strong accuracy and speed, these make it a handy choice if the bigger, clumsier rifles aren’t for you.

How to unlock Krig 6 in Warzone

You can play Krig 6 in several ways, but this build boosts its ammo, range, and damage to make the most of its accuracy.

The C58 is a new weapon introduced in Season 4 and not one suited for beginners. It’s accurate and has good range, but the rate of fire is much slower than its counterparts. If the C58 is used correctly, though, the high damage rate makes it one worth investing in.

How to unlock C58 in Warzone

Reach level 15 of this season’s Battle Pass to unlock C58.

Our C58 setup is fairly standard for assault rifles, but is designed to increase damage range and accuracy so the shots you do land count.

That's it for our best Warzone assault rifles list. If you’re looking for the best Warzone loadouts, though, we’ve got the list for you. Meanwhile, check out our other Warzone coverage, including: