The news comes from Nibel on Twitter, who spotted the information in a recent piece published by Newsweek. Check out the tweet below.

Amos also says that the Spider-Man exclusivity has no effect on cross-play/cross-progression plans https://t.co/uc7ctBFspt pic.twitter.com/0Igo1VnRPR

To contextualize this, a stir recently erupted from a retail posting that claimed Spider-Man would be a PS4-exclusive character for Marvel's Avengers. Said retailer then said it had made a mistake, and people calmed down a bit.

A few hours later, Sony was like, "hey, actually, that's totally true - we have Spidey and Xbox doesn't" (Disclaimer: that is a very liberal paraphrase).

Anyway, Amos recently spoke at a small, virtual press gathering during which reporters were permitted to ask him questions about the controversy.

"Because of Sony's unique relationship with Marvel and PlayStation, that gives us an affordance with Spider-Man that we wouldn't have otherwise," Amos told a journalist from Comicbook.

"That's something unique because of that relationship, but looking at the future we have cross-gen - PS4 to PS5 will work and Xbox to Xbox Series X will work, so cross-gen works."

I'm not sure about you, but I'm not sure what this is supposed to be getting at - does this mean Xbox players will be able to play with someone playing as Spider-Man, but not play as Spidey themselves? Who knows. 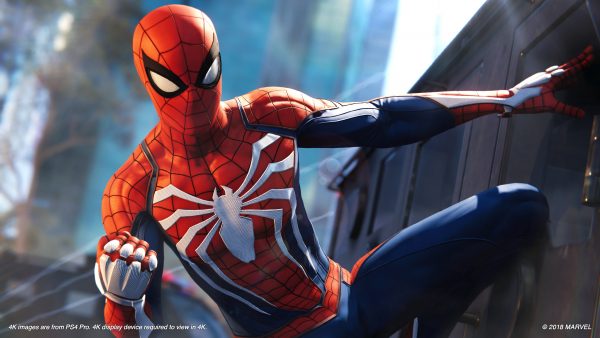 "We wanted this to be something specific because of the unique relationship and partnership between Sony and our collaboration with Marvel," Amos said. "Looking at future consoles and other announcements, we'll make them when it's time."

Amos went on to reiterate that PlayStation has the right to Spider-Man due to Sony's ownership of movie rights, and that Marvel and Sony decided that it was possible to collaborate in a way that brought Spidey to PS4 exclusively.

"We love the idea of being able to bring this character to the PlayStation players and so as far as everybody goes, dude, we just announced Hawkeye less than a week ago, we have two characters announced within a matter of five days the future is bright," Amos said. I'm not sure there are as many Hawkeye fans as Spidey stans, but maybe that's just me.

Marvel's Avengers is coming to PC, PS4, and Xbox One on September 4. Spidey is coming to one of those platforms in 2021.