We got out first look at Crystal Dynamics' co-op hero brawler at E3 this week. Since then, we've learned a little more thanks to a recent interview over at Eurogamer.

Sadly, you're not gonna be able to break canon with a full Hulk smashing party. Lead designer Philippe Therian explained that superheroes will be locked down to one player online to maintain the Avengers fantasy. 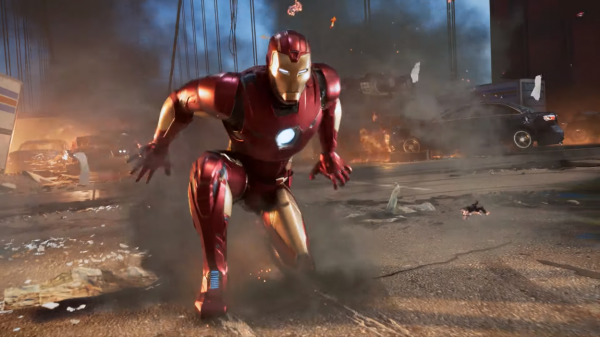 "You have to play as different characters while online. The Avengers all have different skills and talents and we want people to have a fully-fleshed out team. It wouldn't be the Avengers otherwise."

Therian also dived into the unique design challenges present in the Avengers cast. Marvel's roster ranges from man-with-bow and woman-with-gun all the way up to cyborg super suits and literal gods. With that range, how do you make sure everyone feels valuable?

"You have everything from the grounded humans with amazing abilities to gods, effectively. So, coming up with ways for them to feel strong but have - because it's a game - some form of balancing.

In Therian's own words: "Black Widow can kick as much ass as Thor."