As you complete your journey through Genshin Impact, various world quests pop up day-by-day. One of these is "Question and Answer", where you take on Swan's Quiz at the gates of Mondstadt.

Swan is a fully-fledged Knight of Favonius charged with guarding the entrance to the city, and he's all too keen to test the knowledge of new recruits like yourself with a quick set of probing questions.

Answer them all correctly, and you'll receive some EXP and items. Answer just a couple correctly... and you'll still get a prize - so there's not much jeopardy to be had.

However, who doesn't want to grab as much EXP and loot as possible? While this quest is less involved than something like Kaeya's Secret Pirate Treasure line, there's no sense in leaving character or adventure EXP on the table.

Grinding up your Adventure Rank is one of the most important systems in Genshin Impact, unlocking more of the main quest and other stories to play through, as well as dungeons, character levels, and items. 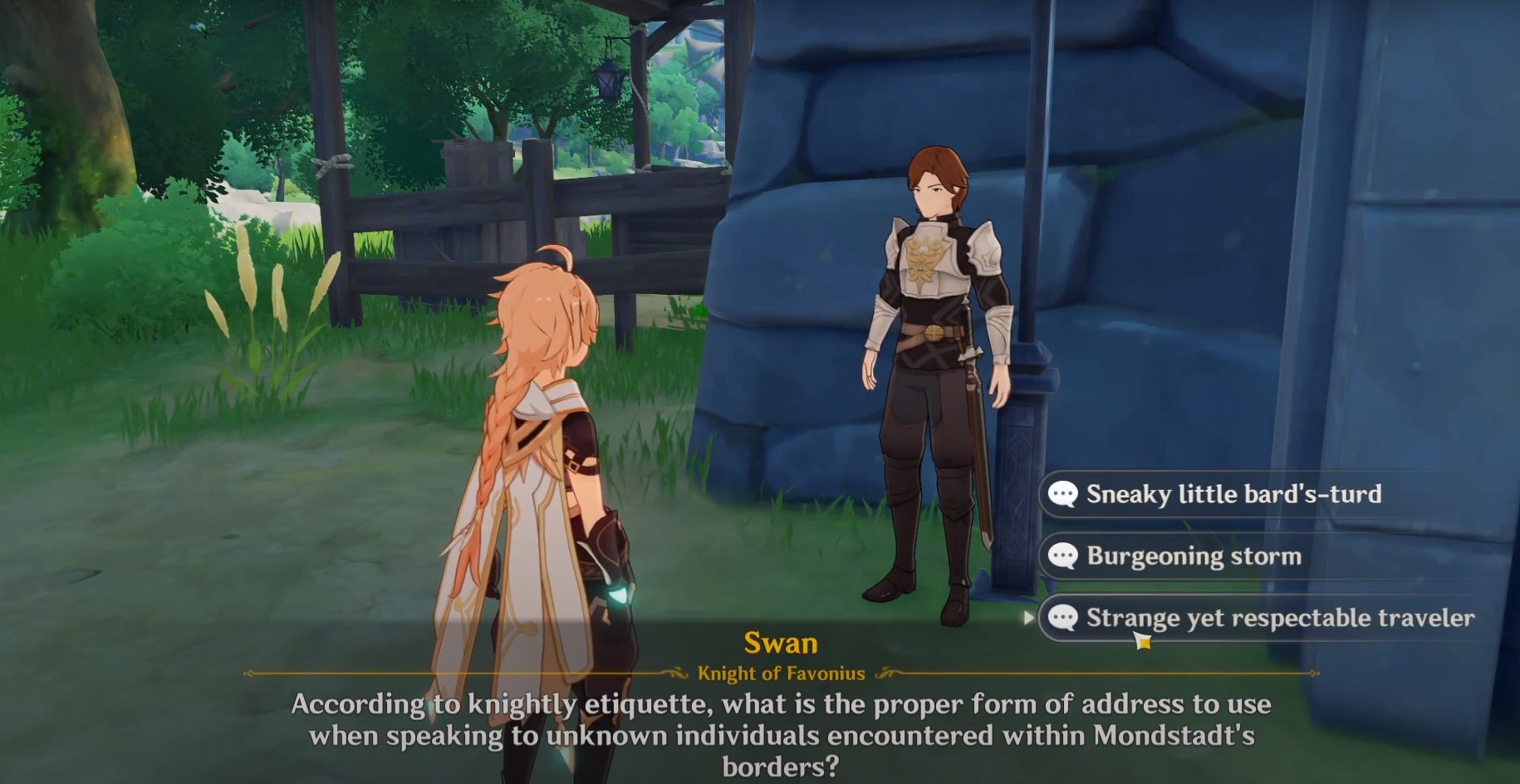 There are currently two versions of the quiz available, and we'll add to the table below if more arise.

While some of the questions aren't that difficult if you've been paying attention to the cutscenes throughout your time with Genshin Impact, there are a couple of trick questions in the mix. Make sure to read the options Swan gives you carefully before choosing.

If you're in need of more Primogen, take a look at our list of Genshin Impact Codes for free bonus items from official sources.

Or if you're trying to get to grips with your party, here's our guide to levelling up and Ascension Materials.

Genshin Impact has proven immensely popular throughout the world, having been downloaded more than 17 million times in its first week coming out of beta.