I could not get Media Molecule to confirm a PS5 version of Dreams, but it’s clear that the team is planning for a long future.

Dreams is game development as a magic trick. Everything we’ve seen from it – including the creations that have been made during the Early Access period – make it clear how flexible and robust Dreams is as a creation tool. The demo on the show floor at PAX Australia this year showed off a variety of genres – puzzlers, platformers, speed-run games, space shooters, and narrative experiences. You don’t even need to focus on games: you can create art, assets, music and more in there.

When I spoke with Daniel Kidney, a technical tools developer, and Liam de Valmency, the game’s senior principle programmer, about Dreams’ Early Access period and the games’ future, I asked them what the limits are. What can’t you do in Dreams? It’s not a question they have a firm answer for.

“See, I thought split-screen,” de Valmency says, “but then someone made a split-screen game. I don’t even know how. I think they made two copies of the world and they sort of omit... I don’t know! My head was spinning just trying to wrap my head around it.”

“That used to be our go-to answer,” Kidney adds, “but now someone’s done it.” While it’s not possible to make games that require a complicated online infrastructure, like an MMO or a battle royale, the game’s limits keep getting pushed further by the users. “Every time I think there’s something you can’t do, the community seems to prove us wrong,” de Valmency says. “They take it as a sort of challenge.” 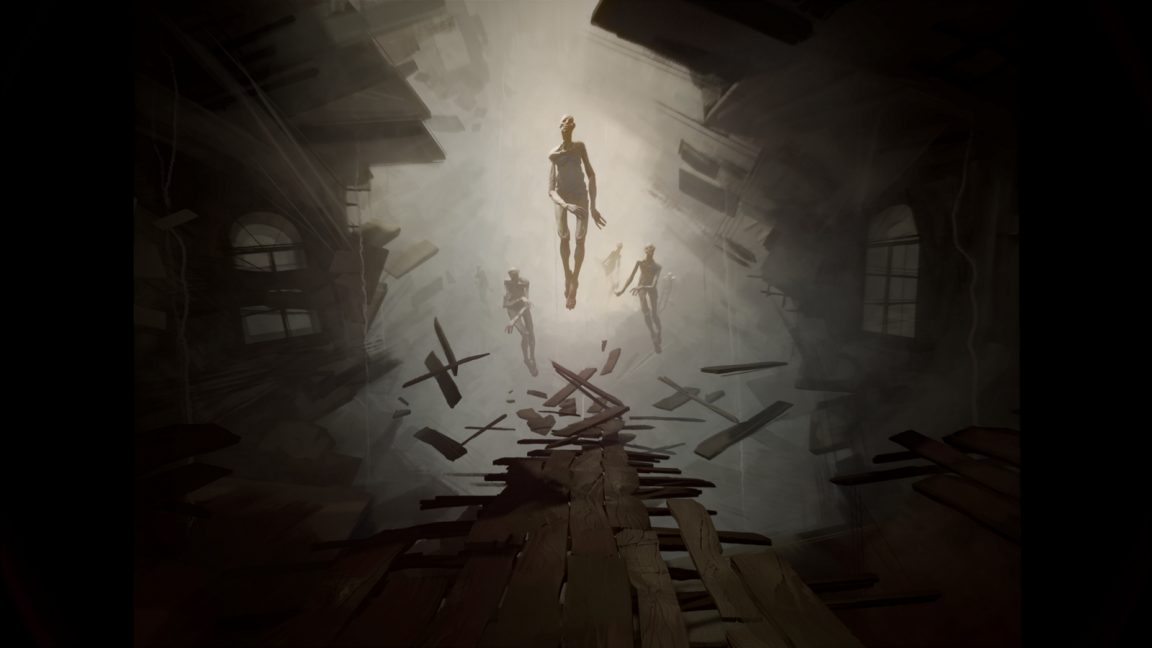 "Every time I think there’s something you can’t do, the community seems to prove us wrong"

Dreams’ release as an early access title on PlayStation 4 is unusual. While Xbox One has Xbox Game Preview, there’s no formal program on PlayStation for such a thing. It happened, Kidney says, because early access was such a good and obvious fit for their game. “We did the beta, and it went really well, so it was like, all right, what’s the next step? We wanted to hone the onboarding and the tutorials so that people felt like they could create, and so we decided to do an early access release. Then we can sort of build this up slowly and foster the right kind of community, so that when we do go to full release, we're going to have not just amazing content that people have made, but also a community of players.”

“I think it just really helped us figure out what Dreams is,” de Valmency adds. “Up until it’s [in player’s hands], it’s slightly theoretical.” Seeing how people play the game has been especially important for fine-tuning their curation processes by ensuring that the game’s search systems are robust, so that creators can get discovered and players can see the breadth of content available. “A large core aspect of what's appealing about Dreams is that we can start you off on just this endless list of content,” de Valmency says. “Now that we’ve got it in people’s hands, we can tailor that curation of content. We talk about it like a YouTube spiral; you go down a hole. We can give you this autoplay of art and games and music.”

Right now there’s a solid collection of art pieces, short films, assets, remakes and games in Dreams. Ruckus, a kaiju game about destroying cities that came about as a collaborative effort between several community members (including one inside Media Molecule), went mildly viral on Twitter a while ago for how polished it looked, and it’s not alone in its quality.

“One of my favorites, which I mentioned to everyone, is this puppet show,” Kidney says. “It looks like a child’s TV show, and the level of quality and like the production quality is to the point where if I’d been watching it on a kid’s TV channel I would be thinking ‘yeah, okay, this is just normal’. But it's this sort of... not particularly childish comedy about teaching kids, and then them getting in a fight with their friends, and it's just hilarious.” He also tells me that he used Dreams himself to create a birthday tribute for his father’s 60th birthday. “I used Dreams to make some little vignettes from old photographs,” he says. “You played through little snippets of his life. One of my favourite things about Dreams is all the stuff I'm not gonna see, that are going to be a little like love poems and gifts to other people. It just makes like something like that more accessible.”

Of course, as with any creator tool, players have also set about remaking levels from other games, albeit with a greater level of fidelity than is usually possible. Super Mario Bros 1-1? Try Metal Gear Solid. Try Final Fantasy 7 Remake. I ask if there’s ever any legal issues that arise as these remakes get closer and closer to the original work.

“Our general policy is that if IP owners ask us to take something down, we will,” de Valmency tells me. “I think it's natural for people to start out by trying to remake things. It's a really great way to learn: learn art, learn music, learn the tools, push the engine. But if you're making IP stuff, it might disappear at some point.” Of course, he says, you could always make this stuff and then simply not publish it online. “Players can make these things and then just sort of keep them to themselves or show them to their friends. That’s great way of doing that without risking anything being taken down.”

"It's natural for people to start out by trying to remake things. It's a really great way to learn. But if you're making IP stuff, it might disappear at some point"

Most of the content being uploaded, though, is original. “What I've been really enjoying,” de Valmency says, “is seeing people using the tools for the first time and getting out the things they've had in their head for years. You see people, and they come to Dreams with these fully realised worlds and characters; you see a character pop up and they’ve got a full backstory and description. It’s just really cool; you watch pent up creativity that I think a lot of people have just never had the tools to express before.”

Dreams doesn’t have a locked in release date, which means that there’s an elephant in the room that no one is keen to address: the PlayStation 5. The system will, of course, be fully backwards compatible with the PS4, but we also know that the system’s controller will ship with various new functionalities and that any game releasing this late in the cycle has a strong shot of being cross-gen. 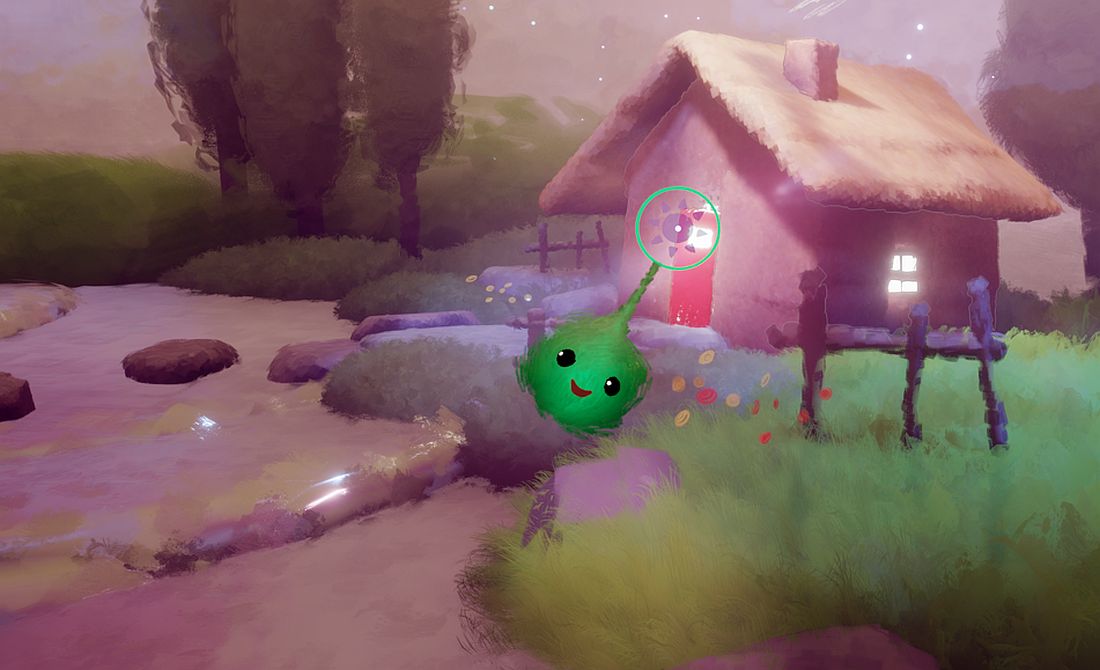 Of course, no one can confirm anything. When I brought up the PS5, asking if backwards compatibility was changing their development schedule or plans, a nearby PR representative stepped in and told me that they had “nothing to share”. But the game has a long tail planned. There’s a campaign coming at launch, which will feature three interwoven tales with different gameplay and aesthetic styles, one of which will be a “point and click noir detective game”. But the Dreamverse, and the game’s online features, will require support and updates well beyond launch.

“When I think about Dreams, it's like, we have this huge laundry list of features that we want to see,” de Valmency says. “I think with any creative tool, everyone has their own agenda for what they really want to make, so everyone has their own agenda for what they want to see in it. We have this whole backlog of cool features that we have only tried, or haven't managed to polish, or we haven't looked at yet. You know, new tools, we want to do new tutorials, new ways of teaching people, new ways of sharing stuff, new community features.”

“I think basically Dreams, we can just keep adding... I think we probably got like 100 years of features that we just roll out at this point,” he says, laughing a bit at his own inflated figure. “The technical challenge really is prioritising, how we figure out what's most useful to people? We’re just trying to enable as many creators as possible to create the thing they have in their head.”