The Phantom Pain was discussed by Moby Dick Studio's supposed CEO Joakim Mogren - who appeared on camera with his face covered in bandages - he dodged every question, but did give host Geoff Keighley a look at some new screens, which revealed something interesting indeed. 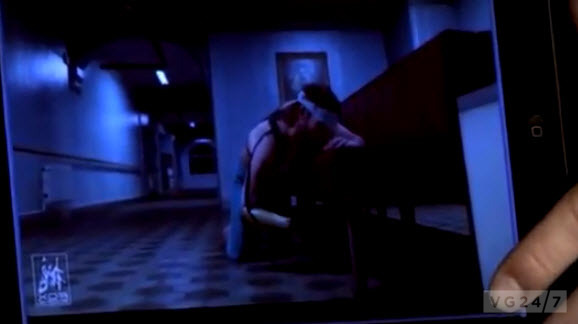 Note the FOX Engine logo in the bottom left corner. 'Mogren' also explained that there would be a new trailer for The Phantom Pain at GDC. It's probably no coincidence that Hideo Kojima recently confirmed that he would be extending his GDC panel session to show more of Metal Gear Solid: Ground Zeroes.

You can watch the trailer here. It's watermarked like crazy so we can't embed it. We also covered Keighley's confused Tweets last night as well, as if he actually wasn't in on the gag.

So, is this Metal Gear Solid: Ground Zeroes? Let us know what you think below, and be sure to check out our Ground Zeroes all access page, which is where I'm tracking every single rumour, fact, tweet, image and video for Kojima's project.