If Konami really wants us to believe Joakim Mogren and his Swedish studio Moby Dick are real, they're going to have to do better than front a bloke with his face covered in bandages.

Joakim Mogren, whose first name is a suspiciously perfect anagram of "Kojima", met with GTTV's Geoff Keighley for an interview today, as promised.

Keighley, who hosted the Spike Awards where Moby Dick's The Phantom Pain was announced, posted an Instagram of the man he interviewed. Joakim will also appear in video footage on GTTV later today.

The man's bandaged face is eerily similar to that of a character who assist the protagonist in The Phantom Pain trailers, which makes it all taste like a marketing stunt, but one thing's for sure: while Joakim Mogren may be an actor playing a role, the man shown here definitely isn't Hideo Kojima.

Keighley, who of all journalists would be expected to be in on a joke or stunt if there is one, seems genuinely a bit confused by the whole affair.

"Joakim Mogren was a man I'm pretty sure I've not met before. He did show some new images on his iPad," he tweeted.

"The guy was definitely not Kojima. He legitimately seemed Sweedish. And I'm skeptical if he is actually a game developer," he added, and when asked whether there was any chance the game is Metal Gear-releated, continued with:

"Definitely still a chance, once you see the interview a bit more will become clear."

"It was a weird interview, I'll tell you that much," was his parting shot.

The Phantom Pain is very probably a Metal Gear-related project, though, promoted at Spike TV by a distinctly un-Swedish set of Konami staff. 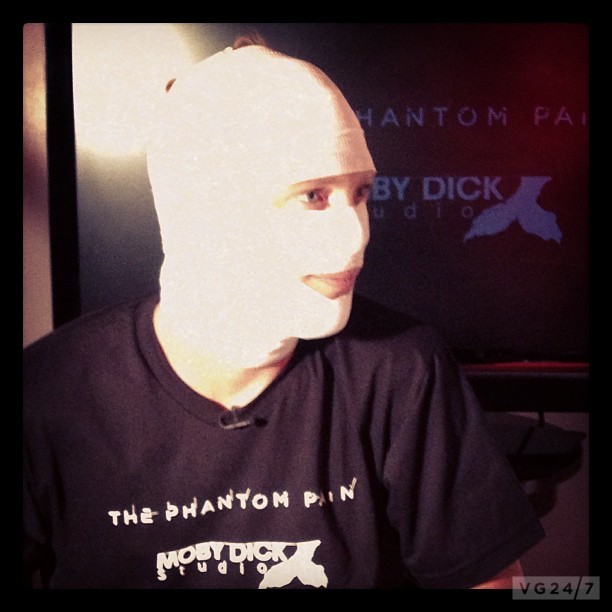