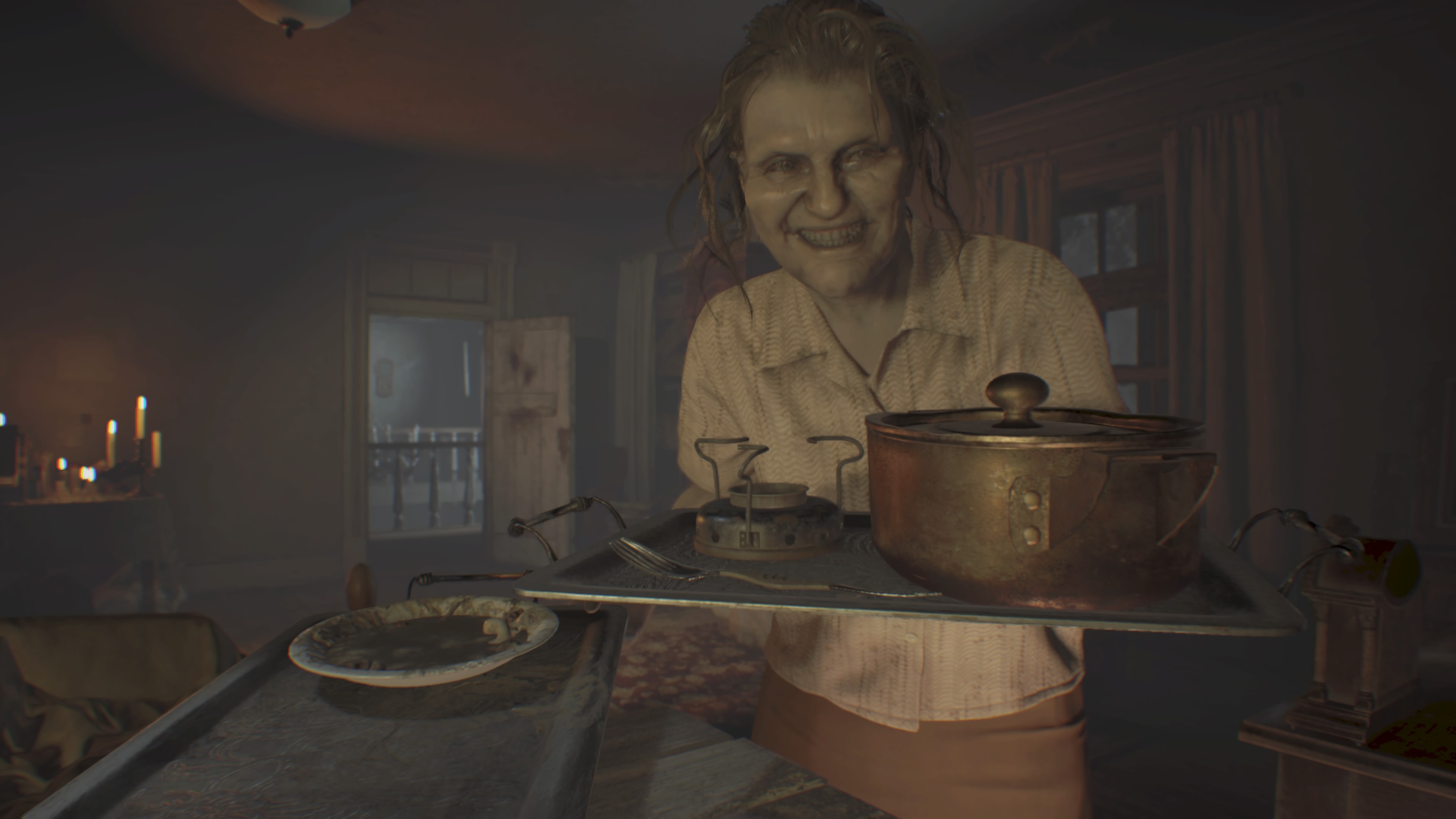 It's no secret that I liked Resident Evil 7 quite a lot, and while I had no real problem with the game's length or replay value in terms of the retail package, I was pleasantly surprised to learn that a little more of the game would be arriving quite quickly via DLC.

We're barely a couple of weeks out from launch and Volume 1 of the Banned Footage DLC series is out. After playing it I figured I'd pass a quick verdict. Yep, this sure is some more Resident Evil 7. That's no bad thing.

This first half of the Banned Footage DLC includes two new chapters. These chapters put you into the shoes of Clancy, another victim of the Baker family a while before the main game. Players will already be a little familiar with Clancy, since he's the star of a few of the in-game tapes in RE7 proper, but these additional tapes serve to fill in the gaps in his story.

The better of the two is Bedroom, a mode that's entirely focused on one aspect I wished Resident Evil 7 went a little deeper on: puzzles.

Clancy comes around shackled to a bed in the Baker's bedroom, and Maugerite is ducking in and out of the room, taunting you and bringing you suspicious and disgusting food. The goal is pretty simple: escape the room.

It's an interesting and linear A to B to unlock C sort of puzzle that's most reminiscent of the Happy Birthday tape in RE7, but the nature of it provides an interesting wrinkle. Maugerite keeps coming in and out of the room, and if she notices you've been out of your restraints you're going to be in serious trouble.

The result is a clever game of cat-and-mouse: not only are you solving puzzles to gain items to grant your escape, but you're also regularly resetting the room in order to avoid Maugerite discovering what you're up to. The panic when you realise she's on her way and you have to quickly reset the room is a fantastically claustrophobic feeling, and the sort of horror RE7 does best.

It's over quickly and has little replay value but as a one-shot episodic experience it felt decent.

The second major chapter is Nightmare, the antithesis to Bedroom. Instead of puzzles, Nightmare is all combat. In real terms it's a wave-based survival mode, but they've found a clever way to tie it into the Resident Evil 7 universe, with the goal to survive until morning.

I quite like Resident Evil 7's combat, but it's augmented here with the ebb and flow of a wave-based game. Resources are just as scarce, if not even more so than in the main game, forcing you to manage them carefully and calmly in order to make it to the later waves.

Nightmare is less immediately inspiring than Bedroom but is no less enjoyable. It has a little more replay value with multiple difficulty levels, plus the nature of combat means things can play out differently from run to run.

The final bonus is Ethan Must Die, a non-canon mode that offers a brutally unforgiving difficulty and a degree of randomness that serves to make matters even harder still. Some complained Madhouse was too easy: this sees to that.

There's even a Dark Souls style mechanic where your corpse will be marked by a statue that you can then run back to and retrieve for bonuses. It's a fun little extra, but compared to the other two modes it does feel more like that: a little extra.

As this package goes it all feels pretty worthwhile. The season pass for the game is £25 and this is half of the content, with the other half coming in another few weeks. Capcom is on track to fulfil that value, at least: one only hopes they stick the landing in the second package.

There's definitely a debate to be had about a mode like Ethan Must Die, since its remixed assets absolutely smack of the sort of mode that'd be a free unlockable bonus in more innocent times. But even as part of this paid package, it feels worthwhile. If Resident Evil 7 left you wanting more, be rest assured that the DLC will give you what you need.