There are now over eight hundred Pokemon, and finally, the dam has burst - and fans are mad.

On what some fans are marking as a black day, it's been confirmed that in Pokemon Sword and Shield you won't be able to catch 'em all.

But, really, we all should've seen this coming. Truth be told, I've been anticipating this move for a couple of Pokemon generations now. Feature creep is always a very real thing in video game sequels - with each sequel, a game's feature set gets richer and larger, but eventually some things need to be lost in order for new things to be added. Pokemon has mostly avoided this, especially where the creatures are concerned - but finally, as the series creeps ever closer to a thousand 'mons, the strain has become too much.

In previous games there would be two versions of the Pokedex. The regional Pokedex would cover those Pokemon naturally found in the habitat of the land you're in, while the national Pokedex would cover every Pokemon discovered up to that point, and was filled in by trading from other games. In Pokemon Sword and Shield, the national Pokedex will be unavailable: whatever selection of Pokemon are native to the game's Galar region will be all there is. While you can trade in from other games using the newly announced Pokemon Home service, you'll only be able to bring over Pokemon already native to the Galar region.

This hasn't gone over well with fans. The news was casually dropped on an E3 live stream of Sword and Shield and the video now has a 50/50 like-to-dislike ratio, with five figures of each. Then #bringbackthenationaldex cropped up as a twitter trend, with the social site counting 25,000-plus tweets to the movement. Fans are doing something they never do - asking for a highly anticipated game to be delayed - anything, they say, to avoid this.

On one hand this move from Pokemon developer Game Freak isn't all that surprising. Like I implied at the opening of this article, the feature creep of 809 Pokemon is significant. That's 809 balance considerations for battle - stats, move sets, strengths, weaknesses and more, all of which then need to be play-tested. That's 809 character models and animation rigs for use during battle, too - something that's becoming more significant as Pokemon moves to a big-screen format with a much higher visual fidelity. It's a lot.

But at the same time, one has to sympathize with the negative position of hardcore fans. A precedent has been set in past Pokemon games and a nasty surprise like this is never going to go over well. More than that, however, I'm acutely aware that certain shortcomings of the design of the core Game Freak Pokemon titles have been long excused essentially because players know that these games are absolutely crammed with content.

Take Pokemon Battles, for instance. When Pokemon landed in 1996, we were in a world before Final Fantasy 7 shook and reshaped expectation of what a Japanese RPG could be, and on a platform that couldn't handle much more than static sprites and basic animation even if Game Freak had loftier goals. Over the following 20-plus years, turn-based RPGs changed and experimented with battle systems, shifting to partly action-based implementations or augmenting their turn-based action with flashy, entertaining visuals. Pokemon marched ever onwards too, but always kept things simple. For many these were even games best experienced with the battle animations turned off entirely. 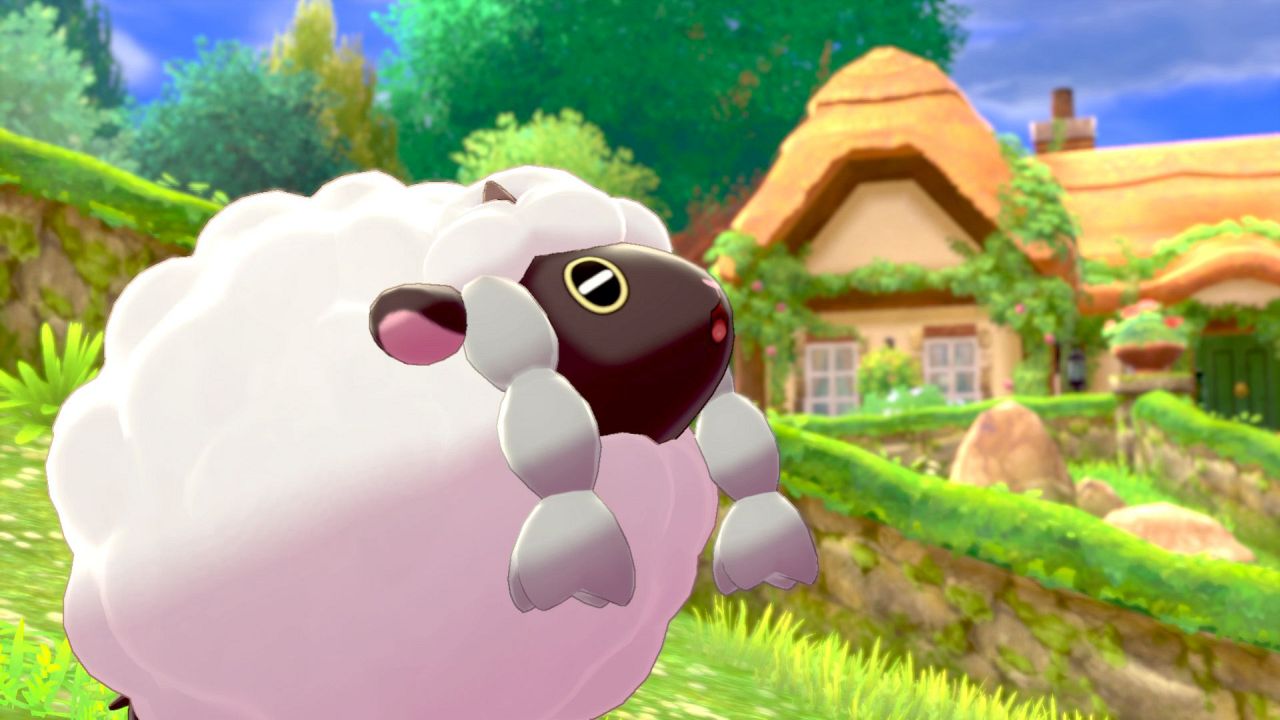 The simplicity of the distinctly not-dynamic visual presentation of Pokemon's combat always got a pass from me because I knew Game Freak had a shed load of depth to worry about elsewhere. There were many Pokemon, so of course cooler, more realistic looking encounters weren't expected. It was always silly that Blastoise's Hydro Cannon sort of emanates from his face rather than his actual cannons, for instance, but I understood that making these animation adjustments for 800 creatures as well as managing everything else would be near enough impossible.

This has me thinking about Pokemon Sword and Shield. It looks good, but it also looks very safe, very much within the parameters of Game Freak's other efforts. Battles play out in the same way, with the same sort of stilted canned animation presentation. If Game Freak were cutting back the work load by cutting a bunch of Pokemon, I'd have hoped for the game to have a more dymanic, modern presentation in general. It doesn't appear to have that, other than the dynamaxing giant Pokemon thing, which is - let's be fair - a gimmick. Pokemon fans already know the great potential for cool-looking fights thanks to the anime. And hey, even Detective Pikachu has a scene where a Blastoise uses its cannons properly.

The big question here is just how many Pokemon will make up the Galar region national Pokedex. The Alola national dex from Pokemon Ultra Sun and Moon counts 403 creatures. The largest national dex is the Kalos Pokedex from Pokemon X and Y - that had 457. If Sword and Shield follow suit, it'll feature around half of the Pokemon currently in the series, including a selection of New Pokemon added for Sword & Shield.

Exactly where I'll end up landing on this issue is going to depend how new and innovative Pokemon Sword and Shield actually ends up being; maybe the defecit from these cut-backs will be made up in other areas, in alternative exciting new features. For now, however, I have to say I sympathize with both the Pokemon Company and the fans - the former for making a seemingly inevitable choice, and the latter for their reaction. Pokemon Sword and Shield land in November.