If you loved cutting about with a katana and miss your blue-eyed boy in Nioh, then you're in for a real treat with its prequel, Nioh 2.

If you enjoyed the punishing combat in Nioh, then you've not got long to wait for its prequel, Nioh 2. While you played as William in Nioh, Nioh 2 will feature a character creation tool to create the perfect samurai version of yourself. You can check out our Nioh 2 preview here, if you want to see what it's all about.

Nioh 2 comes to the PS4 on March 13, 2020, so there's not long left to wait. It's expected that a PC version will become available later this year.

PS4 players will be able to access the Nioh 2 demo from February 28 to March 1. You don't need PlayStation Plus to play it and it consists of three missions. It also comes with the game’s expanded character creator, which lets you bring your trial creations into the main game when it launches.

You won’t be able to carry over your progress, just your created character. Outside of that, you’ll be able to try out the Switchglaive in the demo, not to mention other Nioh 2 additions like the Yokai Form and its various attacks and interrupts. 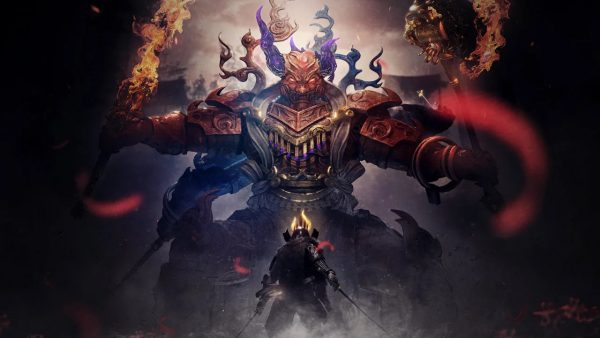 There are three versions of Nioh 2 that are available to pre-order: The Standard Edition, Digital Deluxe Edition and Special Edition. You'll also get the First Samurai armour set if you purchase Nioh 2 before March 27.

The Digital Deluxe Edition also comes with these extras, alongside:

The Special Edition comes all the extras mentioned so far plus:

Unlike Nioh, you'll get to pick the gender of your samurai as well as customise their look. Your avatar will also be able to call upon yokai powers in battle and deaths should be more satisfying, as you are part-human, part-yokai. Those who took part in the open beta in November were able to create a character and test out these yokai powers, and it looks like Nioh 2 is going to be just as ball-breakingly difficult as its predecessor.

Aside from hunting down other yokai and searching for Spirit Stones, there will be plenty of side missions to keep you occupied, as well as new gear to find and combat styles to master. Combat is expected to be quite different to that in Nioh due to these new powers, though details are still thin on the ground.

While there are a few changes, you'll still be able to obtain Soul Cores from killed yokai that give you access to their powers if you manage to bring the Core back to a shrine with you before dying. There's likely to be a demo coming shortly before Nioh 2 is released, and we should know more about it soon. Co-op for up to three players will also be available as it was in Nioh and there will be an extensive skill tree for you to learn new abilities. You'll also be able to summon an AI version of another player to assist you through some of its more challenge levels.

It was also announced that there are three Nioh 2 DLC releases planned, which will add hours of gameplay, new missions and weapons. You can check out our interview with Team Ninja here, where Yosuke Hayashi talks about the reception of Nioh in the West and how positive feedback from fans helped shaped the combat and story in Nioh 2.