The New World Boatswain Ambrose fight is part of the One Threat at a Time quest, but finding the renegade pirate is easier said than done.

The quest marker leads you to the right area, but X doesn't mark the spot here — not completely, at least. You'll have to do a bit of exploring and take out some enemies along the way. This was true for the beta and it's still true now that New World's final version is in the wild.

The quest marker takes you to First Light docks, but Ambrose is nowhere to be found. Make your way down the docks, then head to ground level. New World is surprisingly generous with how much health you retain after falling from great heights, so feel free to leap down if you can’t be bothered to use the stairs.

Face the ship in the harbor, then turn right. Go under the docks and stonework bridges, and you’ll see a big opening leading into a cave.

The cave passage has several enemies you’ll want to take out before reaching Ambrose. Otherwise, they’ll follow you into battle and make life more difficult than you want. 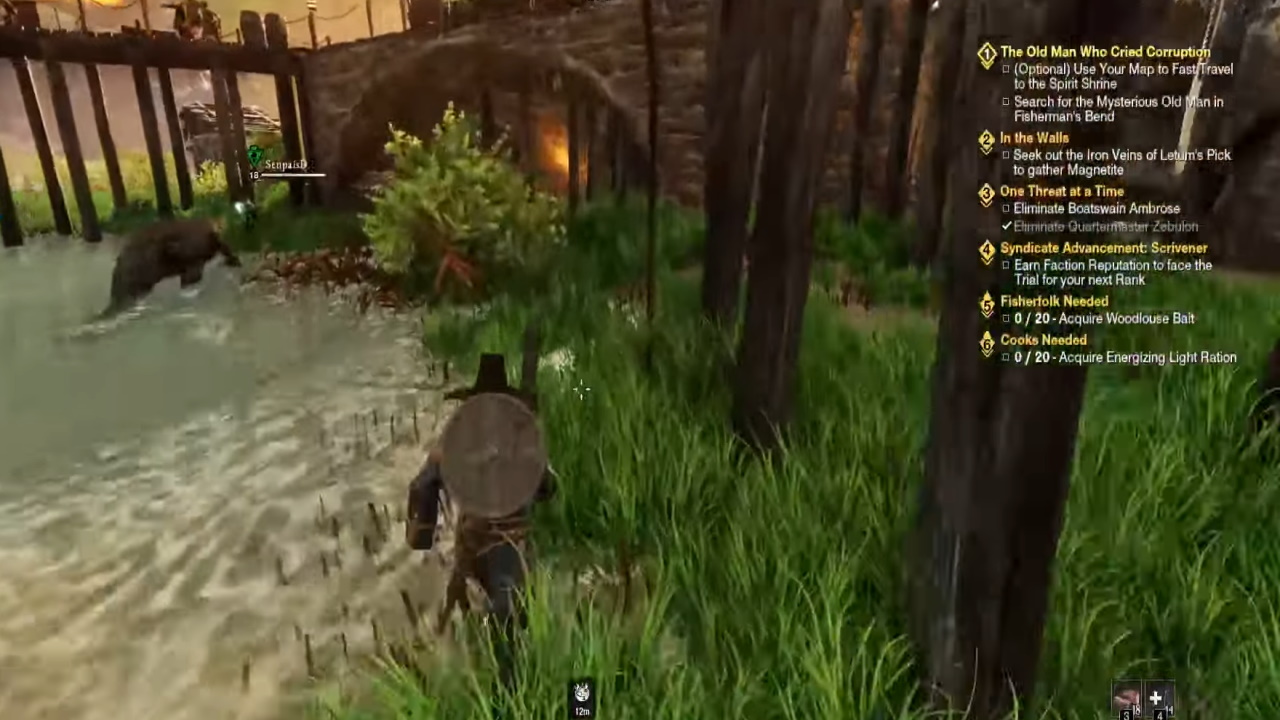 The Boatswain Ambrose fight sometimes suffers from the same issue as the Alastor fight. You might show up, and there’s no pirate waiting for you. If so, you can try resetting the quest or waiting until the boss respawns.

Boatswain Ambrose is a level 18 boss, so it shouldn’t pose too much of an issue depending on how diligent you’ve been so far. Ambrose moves pretty slowly compared to some bosses, but his hits deal heavy damage when they land.

Muskets and staves are always solid choices, but the cave gives you limited space to work with. Rushing in with fast attacks, then backing away while Ambrose swings his weapon will see him fall quickly.

If you need a good staff to help in the fight, mining New World‘s rare Fae Iron to craft quality gear is a good way to go. You can gather Saltpeter to craft ammo or just relax and weave some cloth from hemp.