Monster Hunter Rise has arrived on PC, and like every other good entry in the series a lot of your activities outside smashing gigantic beasties in the head will involve crafting.

However, this involves quite a bit of effort outside of the usual gameplay loop of picking a quest and cracking a monster’s skull in. That’s why we’ve assembled our handy-dandy guide to crafting and gathering in Monster Hunter Rise, so you’ll no longer be intimidated by its complex menus, and huge amount of options.

How to craft items in Monster Hunter Rise 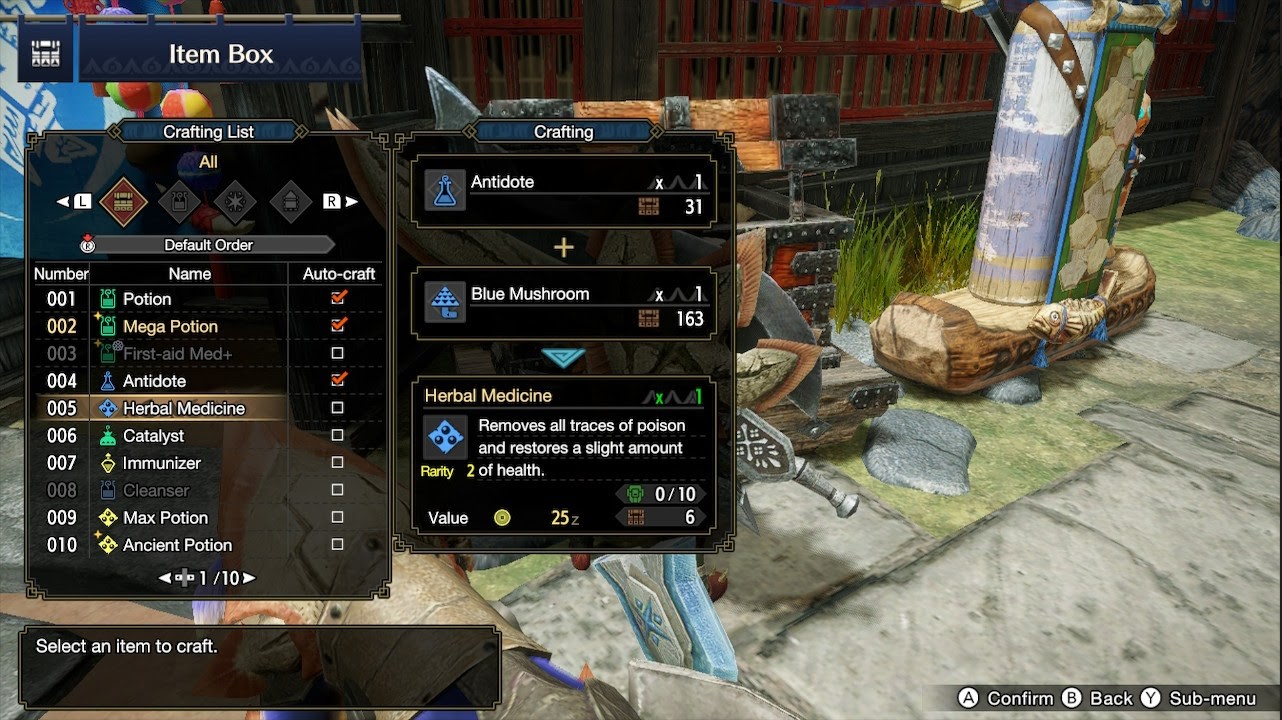 Crafting can be a fairly simple concept in Monster Hunter Rise, you have access to it anywhere, though we recommend making regular deposits of any extra items into your item box after every hunt.

The items you see on this list will be dictated by what items you have picked up while out on a hunt, or bought at the item shop, conveniently located near to your item box.

Some basic item combos to help you out on your journey are:

Where to find items in Monster Hunter Rise 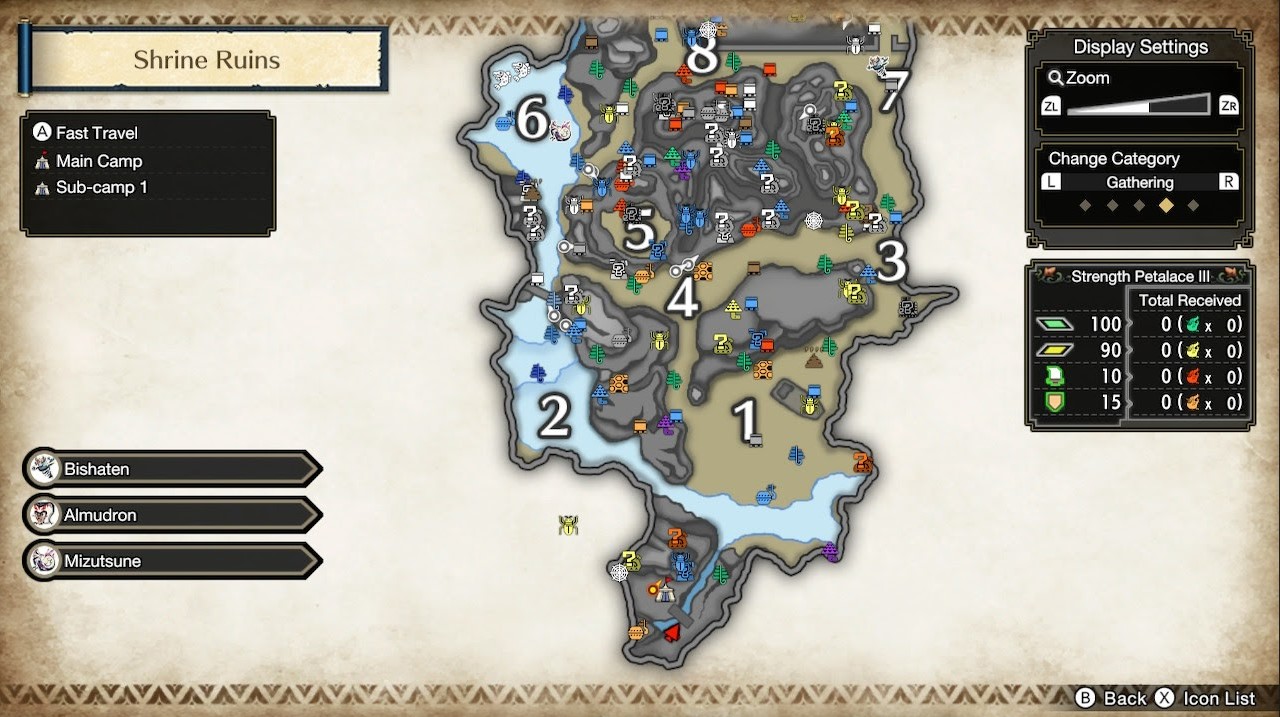 If you’re unsure as to where to find any of these items, head over to Hinoa the Quest Maiden, and under Village Quests, head to Expedition Tour.

Here, you’ll be able to find the locations of some small monsters, and any upsurges of a particular gathering spot. Daytime or Night-time will also affect what kinds of endemic life you find. So head out on an expedition, then once you’ve arrived open up your map and use L and R to filter between whatever it is you are looking for.

Use X to open up a key for the map, and then you should be able to easily find what you are looking for.

Where to find Small Monsters in Monster Hunter Rise

Small Monsters will only be listed in your Hunter’s Notes if you’ve already encountered them, and are not marked on the map while out on a hunt. Luckily, we’ve located all of them, and have listed them all below.

How to manage trade requests and your item farm 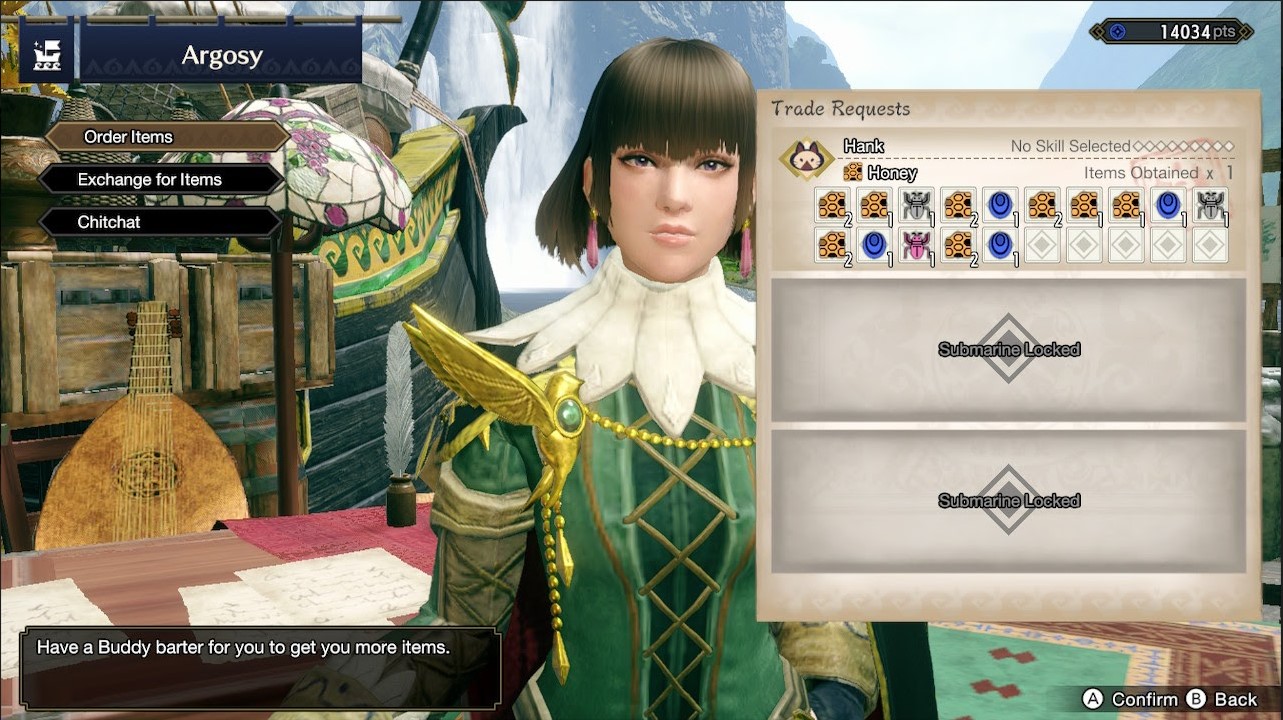 To unlock the item farm in Monster Hunter Rise, you’ll first need to head to the Buddy Plaza and recruit a Palico or Palamute. From there, talk to Rondine the trader, and she will unlock the Argosy’s services for you.

This is ostensibly your item farm. Assign a Buddy to the Trade Request, and select your item of choice. After you finish a quest, rampage or expedition, there will likely be an item waiting for you at the Argosy.

You are able to boost the yield from The Argosy using “Buddy Bargaining”, where you can spend Kamura points to get more items from The Argosy per quest, rampage or expedition.

You can also use a Lagniapple to boost your rewards, and these can be obtained simply by growing your buddies, or via Village and Hub quest progression. You are also able to upgrade the number of “Submarines” at The Argosy by undertaking sidequests, which will unlock as you progress.

This will allow you to assign another buddy and farm something completely different.

How to Meld Charms in Monster Hunter Rise 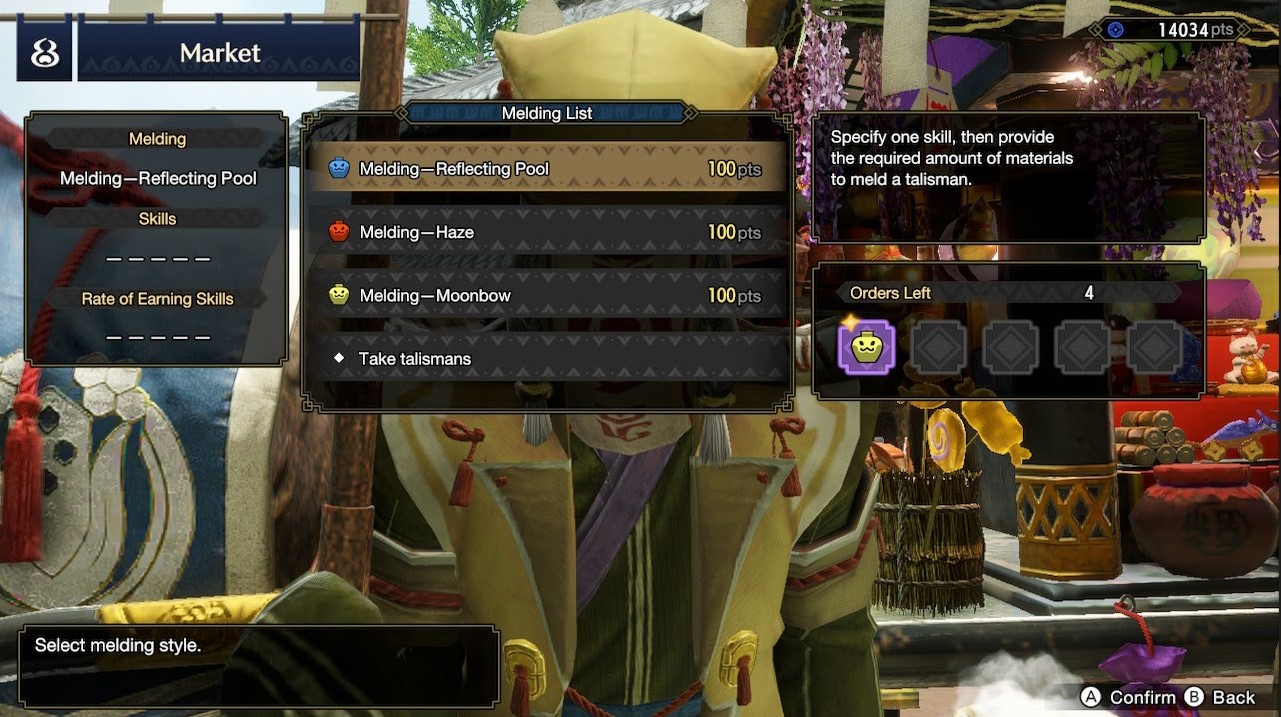 After you reach a certain point in Monster Hunter: Rise’s village quests, Kagero the Merchant will be able to give you access to the Melding Pot, where you can craft equippable charms.

These charms will carry basic skills to start with, but as you progress, you will unlock the Melding-Reflecting pool, Melding-Haze and eventually the Melding-Moonbow.

These all have different skills associated with them, and also have different rates of success that you can see attached to them on the left, too. In general, better skills have a lower chance of a successful meld, meaning there is a bit of RNG involved in getting the best charms.

You will then be asked to use items, each assigned with a point value to meld the charm. Here, you can use items from monsters, or defender tickets, which are earned after doing a Rampage quest. We recommend using the defender tickets here, as they offer the best value when melding a charm.

How to get rare monster materials in Monster Hunter Rise

In Monster Hunter Rise, they’ve not really changed the formula for getting rare drops. However, gone are the investigations present in Monster Hunter World, meaning for those rarer drops, you will have to break off monster parts in the most effective way possible.

The best way of doing this would be to equip yourself with an armour set that has the Partbreaker skill. This can be done in both low rank and high rank.

You are also able to meld a charm with Partbreaker using Melding-Haze at Kagero the Merchant.

In addition to this, using a blast weapon, such as the ones found in the Magnamalo tree should help you break off parts, too. But, this is only appropriate for monsters who are not resistant to blast damage.

The other way of looking at the most efficient way to break parts is to view how much damage you do with a type of weapon on that specific part of the monster.

Under your Hunter’s Notes, head to “Large Monster”, select your target and then look under the “Physiology” tab to find which part of the monster is most susceptible to what kind of damage. This can be Slashing, Blunt, Ammo, or Elemental.

Be sure to switch up your tactics here in order to get the rarest drops from monsters. For example, it’ll be much harder to cut a Rathalos Tail if you’re using a blunt weapon such as a Hammer. 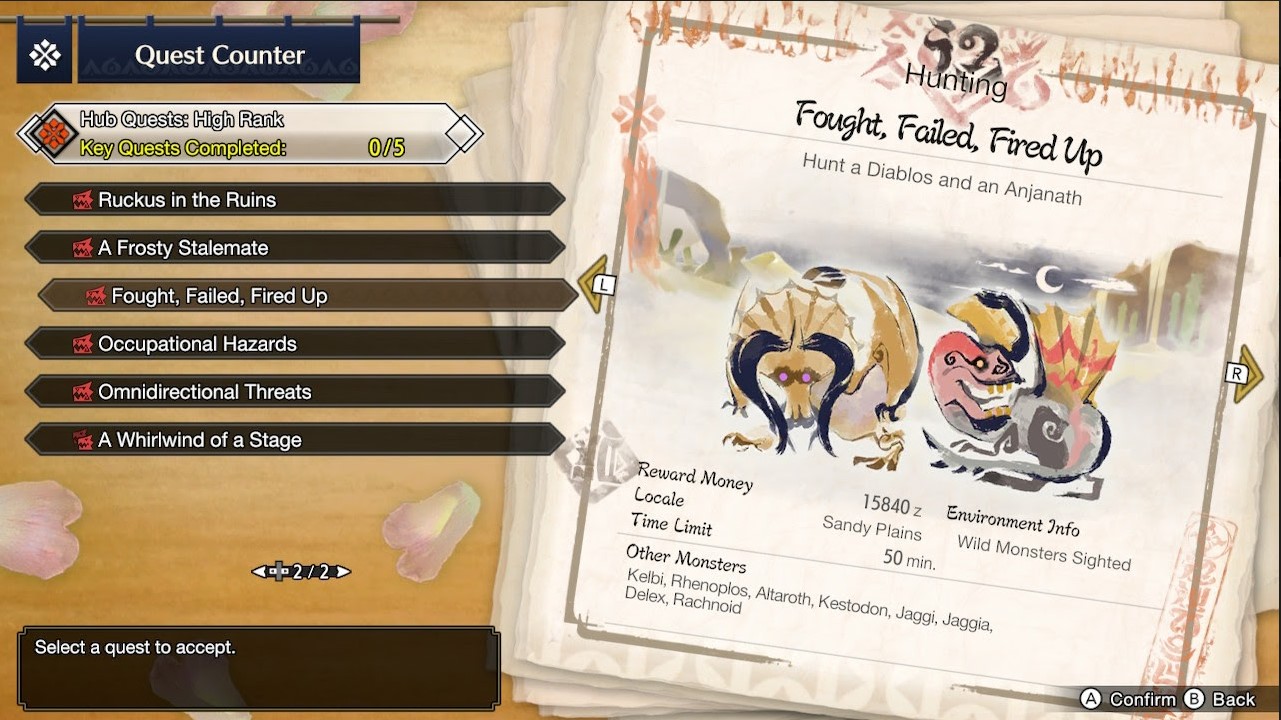 A Commendation and High Commendation are items used to craft powerful weapons and armour. In order to get the Commendation, which is used in Low Rank armour and Weapons, you need to complete a quest that includes more than one monster of a six star difficulty in the village.

In order to get a High Commendation, which is used to powerful high rank weapons and armour, you need to complete a quest from the hub with more than one monster of a seven star difficulty or above in the hub.

Take a look at our full Monster Hunter Rise guide for more help on the hunt.