System requirements for Flight Simulator have been posted by Microsoft.

Microsoft Flight Simulator is still in alpha testing with Insiders, but if you're looking forward to giving it go upon release, you'll want to know if your system can run it.

The following specs cover the minimum it takes to run the game well, what's recommended, and the ideal specs.

As you can see, all specs show you what you need for either category if running an AMD or an Intel-based system (thanks, Neowin). 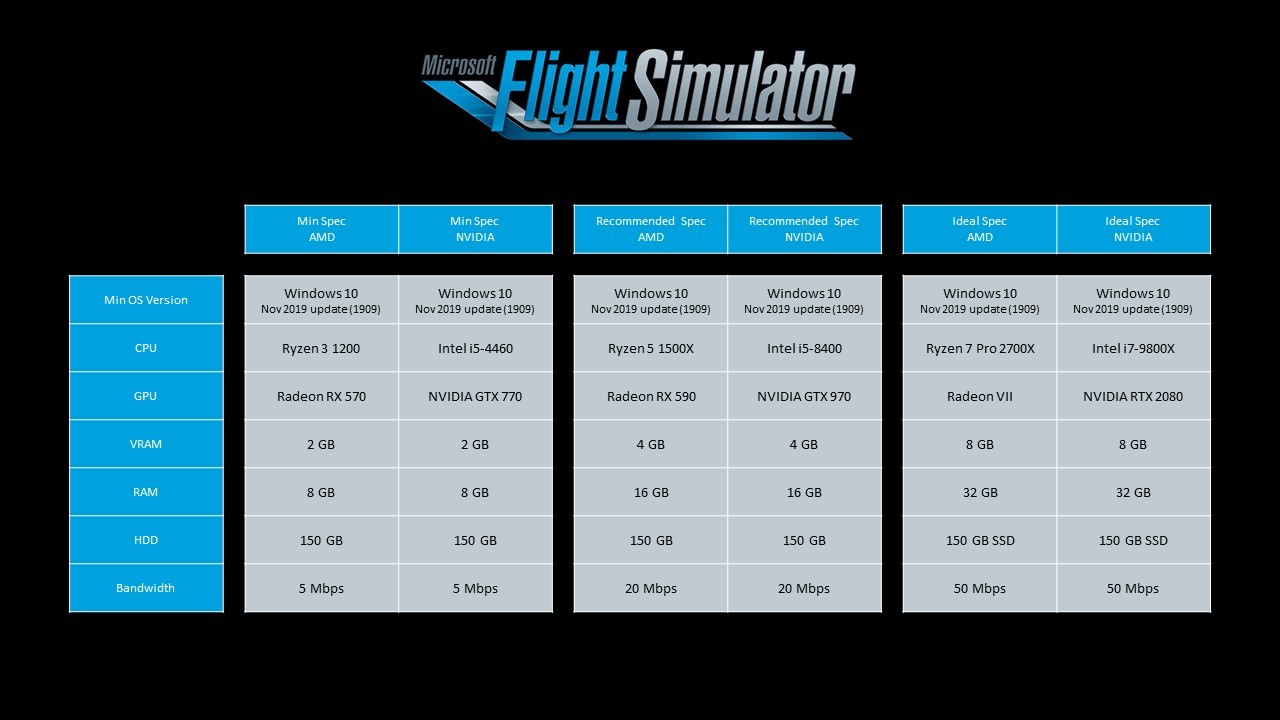 The game, announced last year, will allow you to fly planes ranging from light to wide-body jets. It looks highly detailed, realistic and allows you to create a flight plan and fly “anywhere on the planet” in various challenging conditions. It will also feature "all the airports" in the world, according to the developers.

Microsoft started testing the game via its Insider Program last summer, and although it is without a firm release date, it seems there’s plenty to be excited about.