Recent analysis suggests that Microsoft Flight Simulator is expected to generate over $2.6 billion in hardware sales over the next three years.

The statistic comes from Jon Peddie Research, an analytics company specializing in hardware revenue in the games industry. 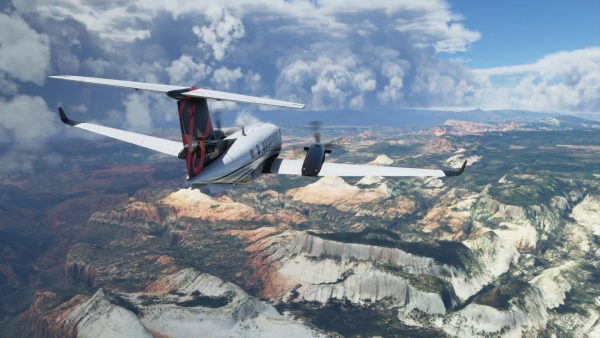 JPR conducted its research by separating players into three categories - entry-level, mid-range, and high-end. Obviously the people who lean towards the higher end of the spectrum are expected to spend more.

"Based on the assumption of a sale of 2.27 million units of Flight Simulator 2020 selling over the next three years, JPR estimates that in that time frame $2.6 billion will be spent on hardware with the specific intent of improving the game's experience," the statement says. "Much more will be spent over the title's complete sales cycle."

“Flight simulators are incredibly demanding on processing capability and reward high resolution, large displays, and VR use," said games industry analyst Ted Pollak. "When new flight simulators are released, the hardware to run them at max settings and performance does not even exist yet."

"This creates a situation of constant hardware demand over the life of the title as fans chase the best experience," he added. "A significant number of flight sim fans only play flight sim. We took this into account when calculating whether the money will be spent specifically or partially because of this game.”

If you're curious about Microsoft Flight Simulator but have yet to take to the skies yourself, be sure to check out our review.