The ESRB rating for Ghost of Tsushima is out, and says Sucker Punch's upcoming blockbuster "depicts a man's exposed buttocks as he bathes in a hot spring."

The ESRB rating concludes that Ghost of Tsushima is an M-rated game, meaning it's been marked as Mature. As you can see in the very professionally edited photo below, there are, in fact, bums in Ghost of Tsushima. 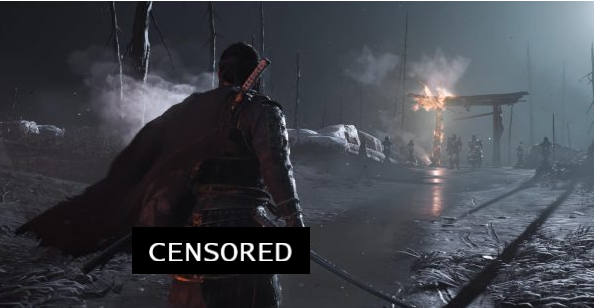 "Cutscenes depict additional acts of intense violence: a soldier lit on fire and beheaded; bound civilians lit on fire and burned at the stake; a decapitated man's head held up towards the screen."

"The game also depicts a man's exposed buttocks as he bathes in a hot spring."

I don't know about you, but I did not expect such a swift move from decapitation to spring-bathed buttockses.

The buzzwords to back up the M rating are "blood and gore," "intense violence," and "partial nudity," so ESRB has been pretty consistent with its decision to attach significant weight to bumcheeks on show. 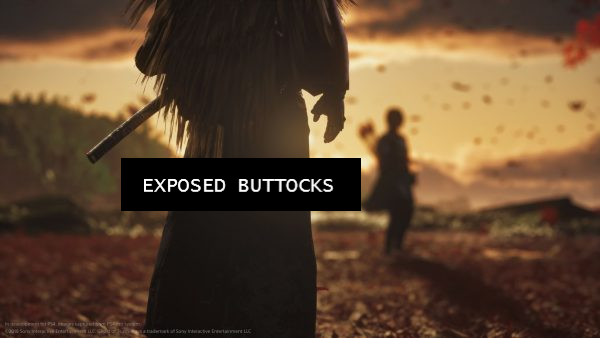 Ghost of Tsushima's exposed buttocks are scheduled to launch for PS4 on July 17, 2020.

If you're not sure about what the game actually is, check out this detailed look at Ghost of Tsushima combat, which highlights the disparity between fighting as an honorable Samurai, or turning into a Ghost to “use fear as a weapon.”