The v9.10 update is now live and dataminers have been hard at work uncovering new skins and items that could soon be coming to Fortnite.

Alongside the usual cosmetic leaks, dataminer Skin-tracker has found the Burst SMG in the latest files. There's a bunch of sea-themed wraps this week, as well as some new skins from the Fortnite x Jordan Downtown Drop LTM and a new starter pack.

The Maverick and Shades progressive skins have also been found in the latest update, but we'll need to wait and see if they can be purchased later on or if they're only available to those who already own them.

Thanks to Lucas7yoshi for finding the skins this week, as well as a bunch of new emotes to taunt your opponents with. 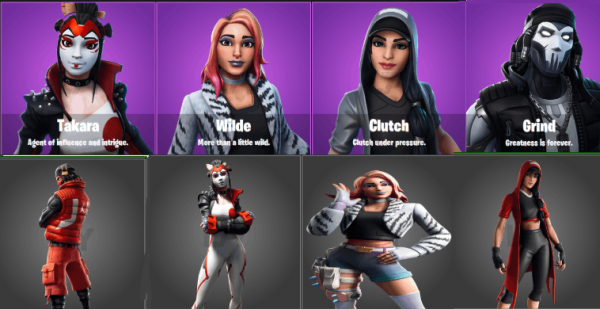 We've got a bunch of new skins coming soon, including a new starter pack, Wilde.

Only three new backblings have been found so far, matching in with the Takara, Clutch and Grind skins. 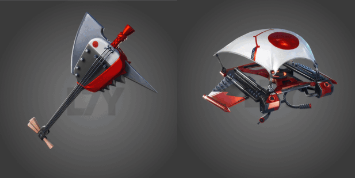 There also a pickaxe and glider available for the Takara skin this week.

There's a bit of a nautical theme for the wraps this week, so you can give your weapons a mermaid vibe just in time for summer.

We've got seven new emotes for you this week, which is more than we've had for a while. It won't be long before they're all available to unlock. 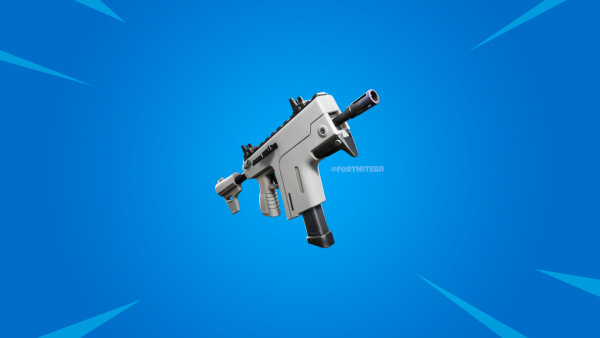 There aren't many details about the Burst SMG yet, but it should appear in future updates.