It’s time to put on your most trustworthy skin, as Fortnite Impostors casts you as a dimensional detective tasked with rooting out the fraud.

Fortnite Impostors is a lot like another smash-hit game, Among Us, where teams of players work together to either eliminate everyone else or work out who’s lying.

Out of the total of 10 players, there are 2 teams: Agents and Impostors. Agents are just going about their everyday business completing assignments, while the Impostors are trying to eliminate them from the game and get away with it.

Out of the total of 10 players, there are 8 saintly agents and 2 tricksy impostors impersonating them.

If the Agents can eliminate both of the Impostors before they are whittled down to 2 players, then they’re declared the winners. 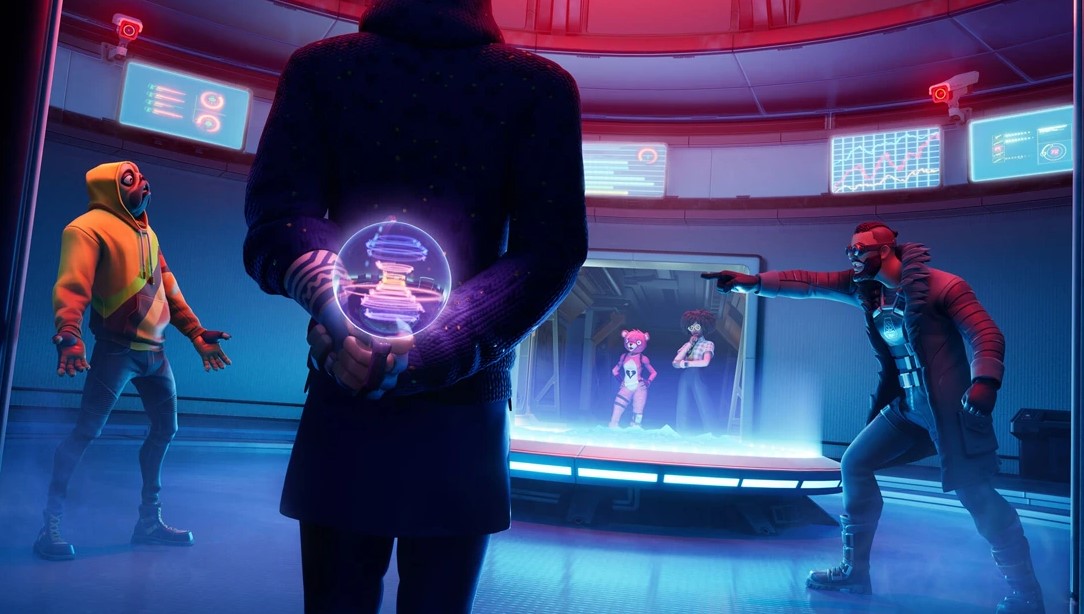 But if the Impostors can hoodwink the Agents for long enough that they can eliminate them, then it’s Victory for the Impostors.

While it’s simple to grasp if you’re familiar with Among Us, Impostors is very different from playing regular Fortnite - here’s everything you need to know to play.

How to play Fortnite Impostors

Fortnite Impostors is a game mode for up to 10 players. Each player is given a number from 1 to 10 to identify them with.

2 players will take on the role of the Impostors, while the other 8 players take the role of Agents.

The Impostors try to eliminate all of the Agents without getting caught. Meanwhile the Agents try to complete Assignments to earn XP, while also trying to figure out who the fake pretenders are.

The game mode ends either when both Impostors are eliminated or when there aren’t enough Agents left to vote out the Impostors.

When an Impostor eliminates an Agent, it leaves a Fragment. When this fragment is found by a player, it can be reported. This starts a discussion where players vote on who they think the Impostors are - or try to trick others into voting for someone other than them if they’re an Impostor. 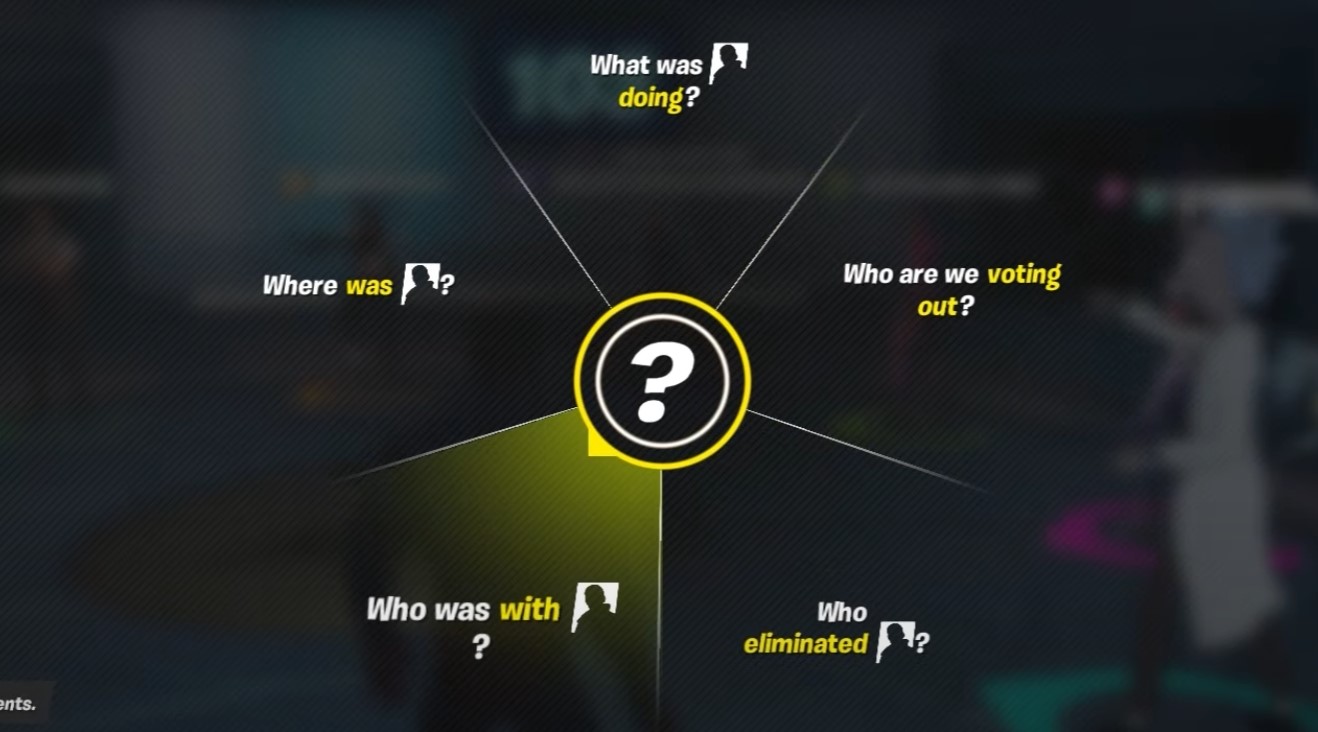 In the discussion room, you can use dialogue options or emotes to argue your case.

Open the quick-chat (L1 on PlayStation), and it gives you 4 options: Facts, Accusations, Question, and Defensive.

Accusations let you pick a player’s number to say something bad about. For example, “I don’t trust 5”, to make them seem sus to other players.

Defensive is the opposite, letting you say that you didn’t do something.

Question lets you ask for information about the whereabouts of other players, like “where was 7?”

Finally, Facts lets you make statements about what happened - whether they’re actually true facts or not! You can say things like “3 was doing Assignments in Battle Bus Repair”, to either let the other players know what you saw, or to lead them astray.

If you see something sus and want to force a discussion before something bad happens, return to the circular bridge in the middle of the map and interact with the console there to launch a discussion.

Games of Fortnite Impostors usually last around 10 minutes, but can go much faster with effective teamwork by either party.

How to be an Impostor in Fortnite Impostors

At the start of a match of Fortnite Impostors you will be randomly assigned a role - so it’s completely up to luck whether you play as an Impostor or Agent.

To effectively play the Impostor role, you need to eliminate Agents without getting caught.

You do this by pressing the Eliminate button (R2 on PlayStation), when you’re next to an Agent player. There’s a cooldown of 30 seconds every time you eliminate someone, so don’t get any ideas about wiping a whole room of agents in one move. 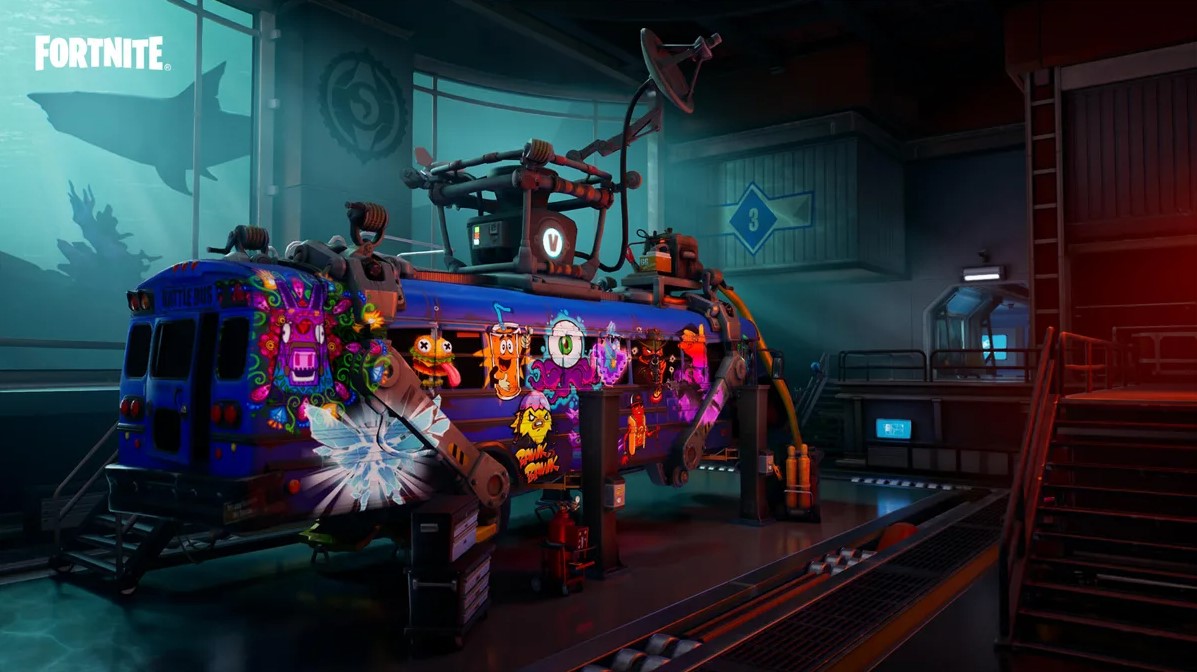 To help with your devious Impostering, you can activate three Sabotage powers: Peely Party, Disable Assignments, and Teleport Players.

Peely Party changes everyone’s skin to Peely, and removes their number marker so you can’t tell who anyone is. This means you could eliminate someone in plain view of another player, and unless you self-report, they can’t tell who you are until the Peely Party times out.

Disable Assignments stops all of the Agent Assignments around the station, and makes Agents run around resetting power boxes to restore lights. This is good for breaking up groups of players by making them split off to interact with different boxes and generally sowing some chaos.

Finally, Teleport Players opens up a dimensional rift that scatters the Agents around the map. This is again great for breaking up buddies that are sticking together, but also useful for isolating agents where no one can see them. You can either eliminate them there, or accuse them of being the Impostor because they can’t prove their innocence.

These Sabotage powers have a 50 second cooldown time once you use one.

Use all of the tools at your disposal and you might just dupe the Agents for long enough. You can even try and complete a couple of Assignments yourself to throw them off the trail.

However, when it comes to the discussions, you have to play sneakily.

Sometimes it pays to throw your fellow Impostor under the battle bus and accuse them publicly to take the heat off of yourself.

Or try asking difficult questions about other players’ whereabouts to create some doubt in the Agents’ ranks.

Playing the Agent in Fortnite Impostors is actually pretty fun, and is a fantastic source of XP.

To complete Assignments in Fortnite Impostors, look for the exclamation marks on the mini-map. This is where you’ll find your tasks. 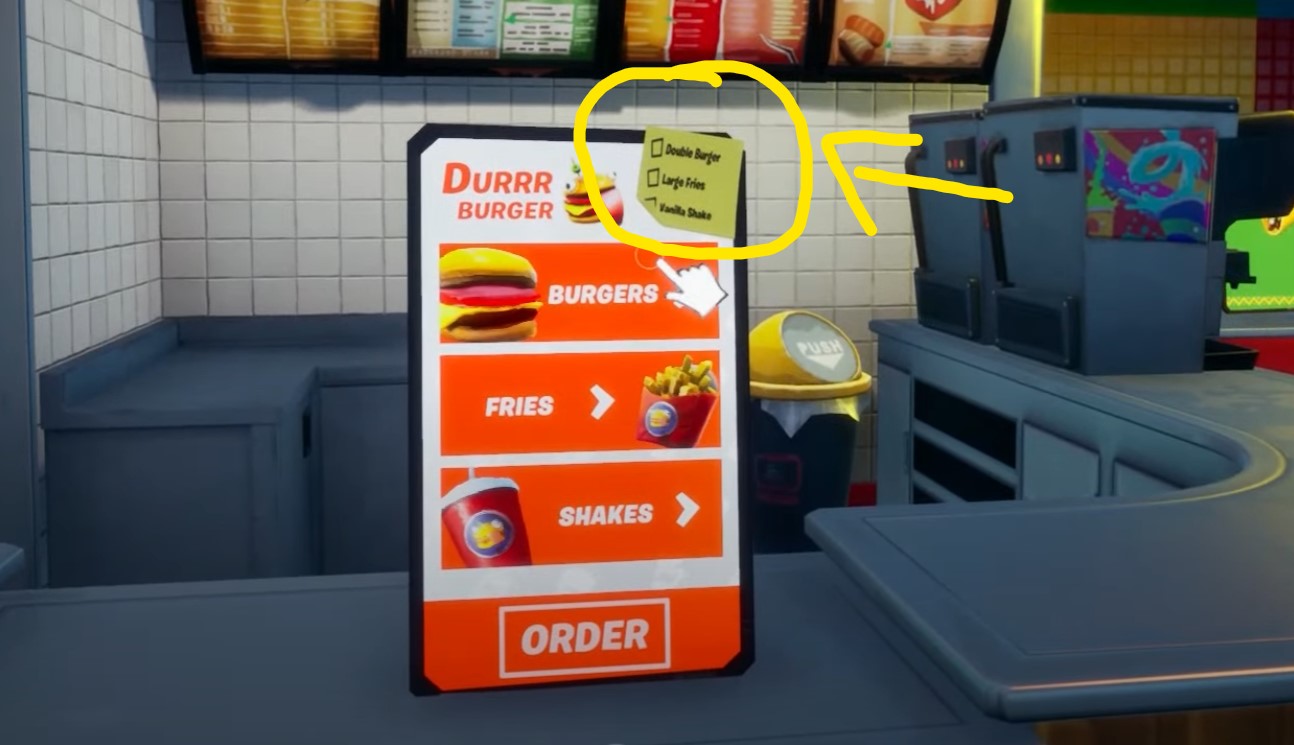 This can be things like mashing a button to play an arcade game, or taking a fuse from one side of the map to the other.

For example, one Assignment is “Order Lunch”. This sends you to the Food Court, where you need to order the food written on the post-it on the top right of the ordering terminal.

Then you take the tray to a nearby office. 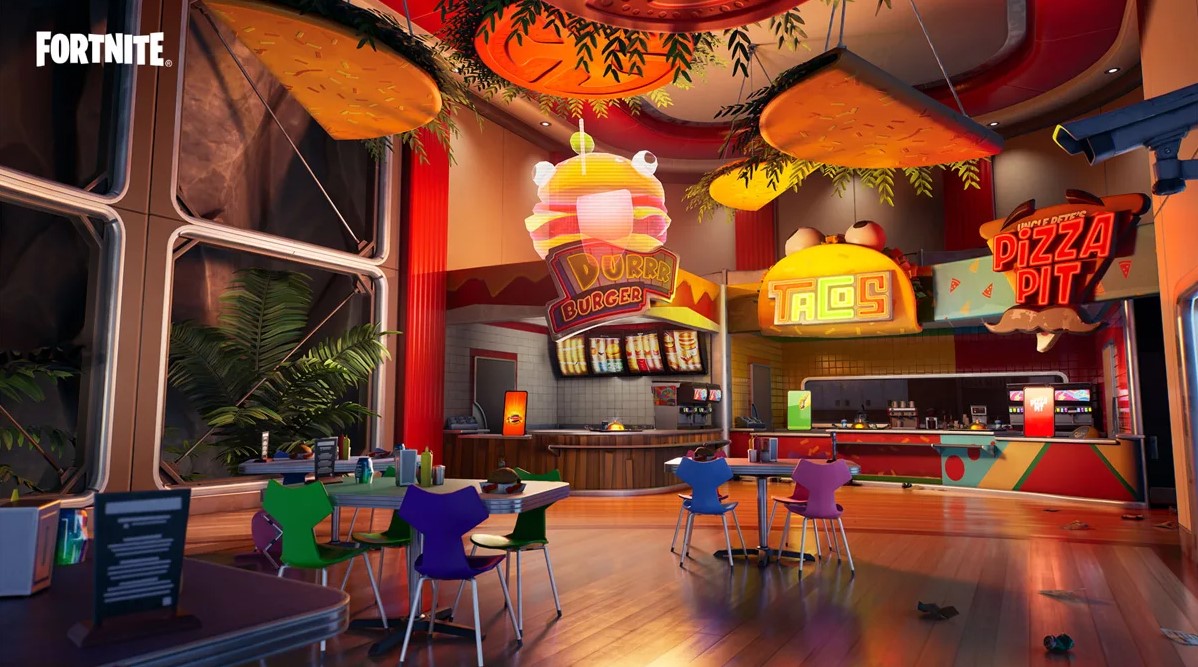 These tasks are visible to other players, so they can see that you’re not doing anything naughty.

However, you don’t want to get separated from the other Agent players. This not only leaves you vulnerable to being eliminated by an Impostor, but also to being accused of being one yourself.

If no one can see you doing Assignments, then no one knows you’re innocent.

Try sticking together with other Agents to stay safe.

Fortnite has been knocking it out of the park with huge events recently, including the Fortnite Rift Tour series of in-game concerts.

Or if you're after another fun twist on the Fortnite formula, here are the best Fortnite deathrun codes for the most exciting platforming challenges.