It was recently confirmed that Deathloop, the upcoming time-bender from Dishonored dev Arkane Studios, will run at 60fps on PS5.

The news comes from an official blog post published by Bethesda, which also features a variety of other details about Deathloop, which was shown during the PS5 reveal earlier this week.

"Deathloop is a uniquely Arkane take on the first-person shooter genre, and it is being developed for a new generation of hardware," reads the blog post. "Deathloop will launch on console exclusively for PlayStation 5 this holiday season and will run at 4K/60FPS at launch."

It was also confirmed that Deathloop will launch simultaneously on PC.

The post continues to note that Deathloop features an immersive world, described as "the truest signature of an Arkane game," before saying that "this is Arkane like you’ve never seen (or felt) it before."

Deathloop also features an ambitious take on multiplayer immersion. Although you primarily experience the game as a character named Colt - described as a "prisoner in paradise" who everyone on the island of Blackreef is actively hunting - you can choose to switch to Julianna, which affords you the ability to infiltrate other people's games as an antagonist.

The invasion sounds - at face value - relatively similar to what you'd expect in the likes of Dark Souls or Bloodborne, although specifically mentions "lurking" in wait of the person you're invading, implying a whole new degree of stealth, manipulation, and, to be frank, being a total dick to a randomer just trying to beat a game they like.

It was also confirmed that Julianna will appear regardless of online invasions, in which case she will be AI-controlled. Arkane recommends a mix of AI and player-controlled Julianna infiltrations as a means of spicing things up and ensuring that Julianna is always unpredictable. 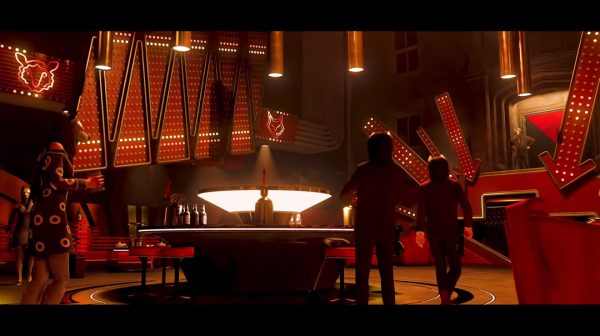 Deathloop will launch exclusively on console for PS5, and will launch on PC at the same time. It's due to launch Holiday 2020.

Check out the announcement trailer from E3 2019 below.