You’ve spent most of Resident Evil Village so far sneaking around her house, but now it’s time to take on Lady Alcina Dimitrescu herself in one of the series’ trademark boss fights.

The lady of the house is the most intimidating enemy you’ve faced so far, but like with most of the rank-and-file baddies stalking the halls of her castle, it can be difficult to tell if you’re actually on the right track and dealing damage or not.

So here’s how to complete the Lady Dimitrescu boss fight.

Following the opening scene after you’ve escaped the main castle building, a transformed Lady Dimitrescu blocks your path to the tower ahead.

Across the whole of this fight, you need to shoot the exposed body on top of the dragon creature – basically her true body. 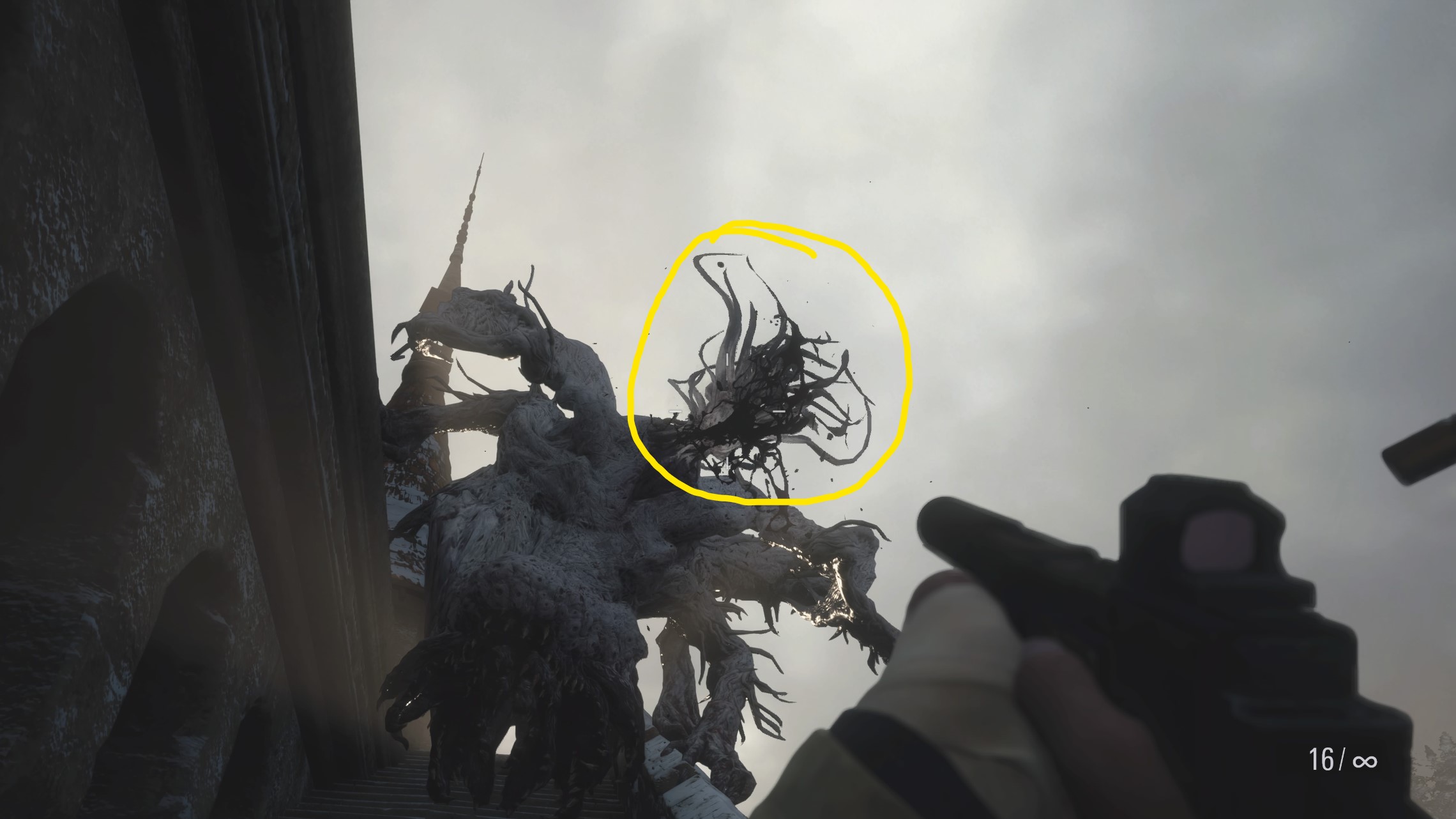 Hit your target at the beginning and she’ll fly off from the top of the stairs.

Make your way up to the top and grab all of the conveniently placed ammo to bulk out your supply. Then steel yourself for the battle to come.

On the tower balcony, your goal is to shoot the exposed body like before, but this time you need to keep out of the snapping maw of the dragon part below. 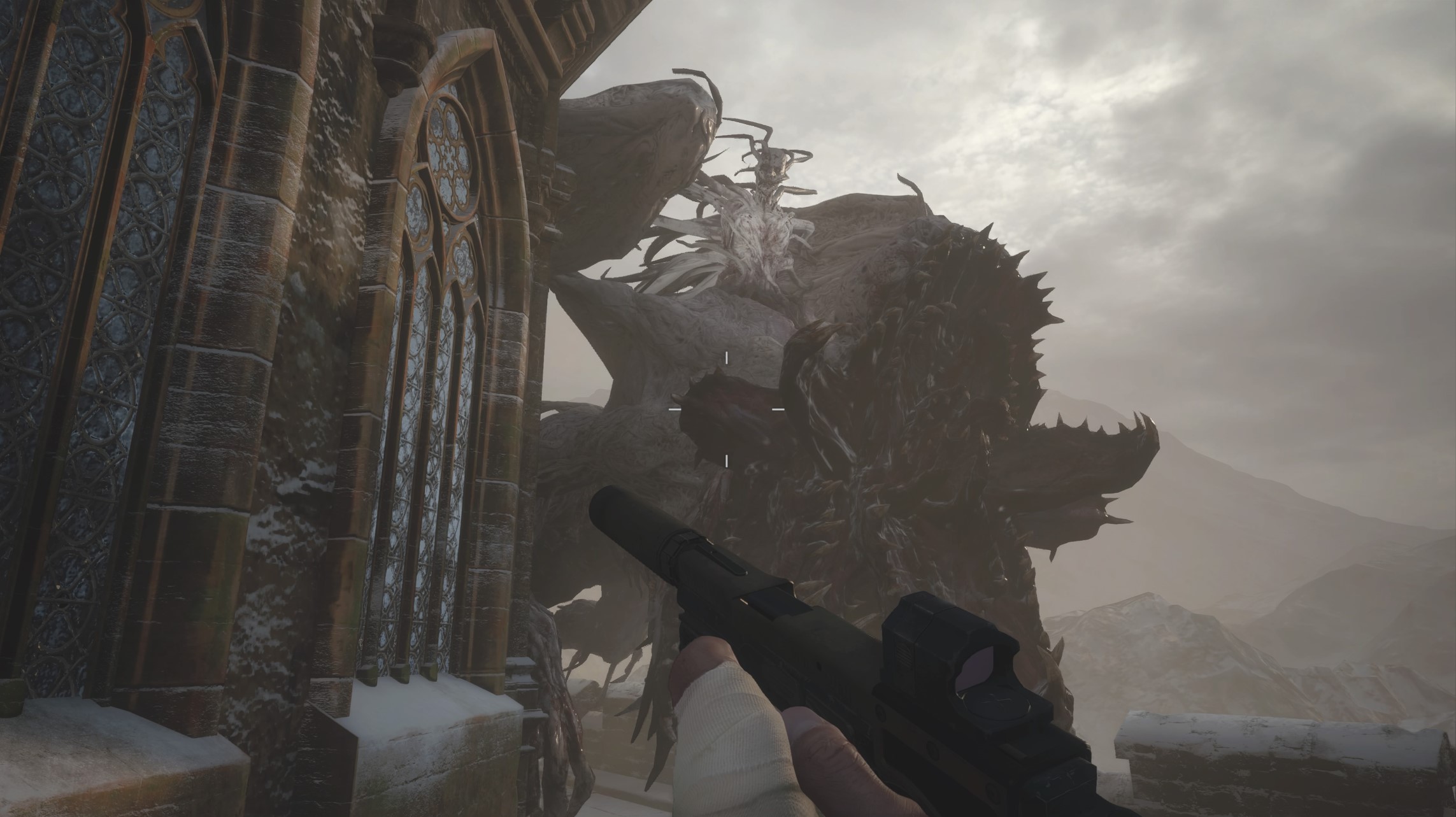 The best strategy to take Lady Dimitrescu down quickly is to use the corners of the tower to your advantage.

Backpedal in a circle around the balcony while keeping a line of sight with Lady Dimitrescu’s body. If you always keep the corner of the tower between you and the dragon, it shouldn’t be able to get you. 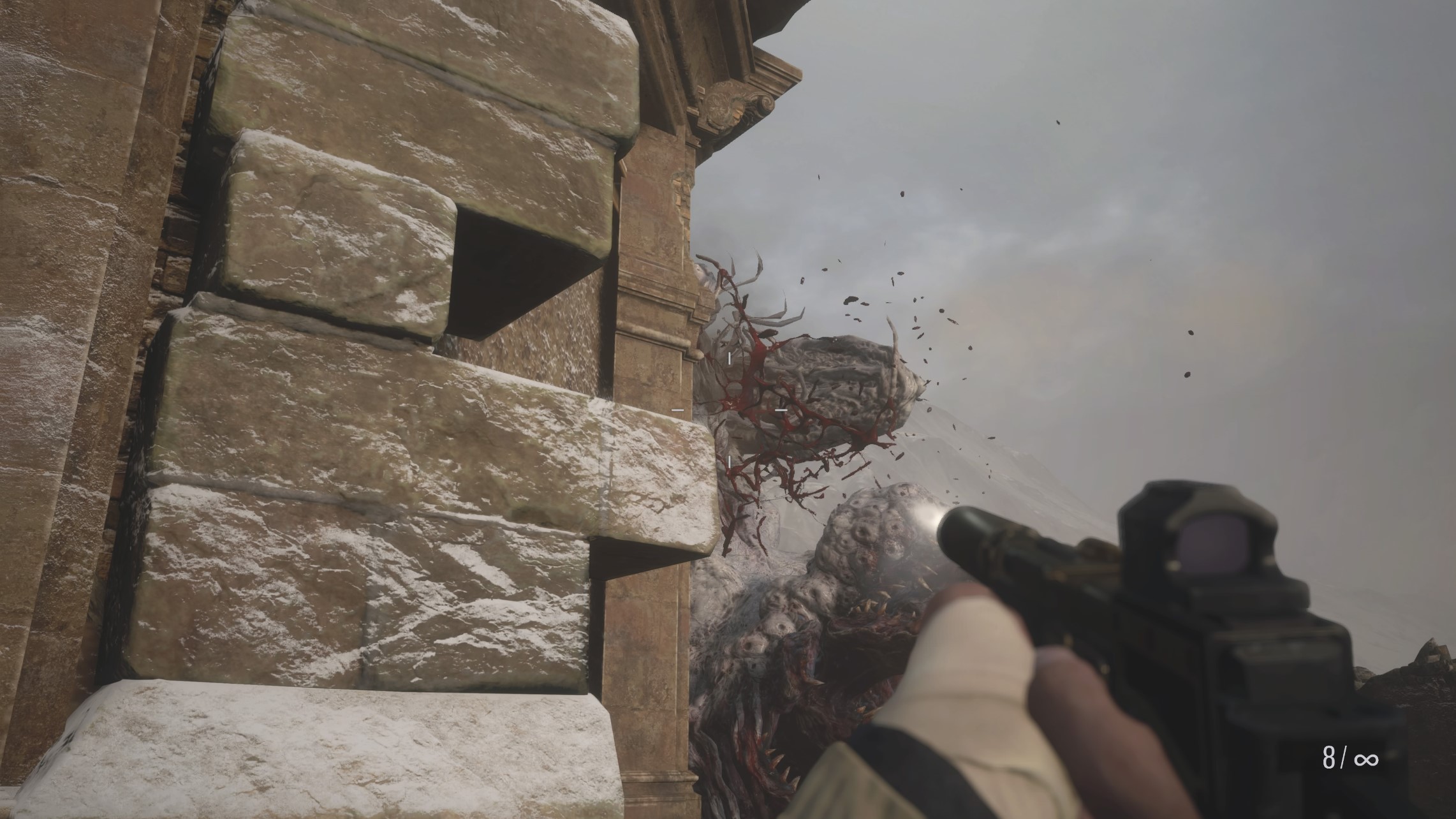 All that’s left to do is shoot as much as you can, as accurately as you can, with either a pistol, shotgun, or sniper rifle.

When you enter the enclosed parts of the rooftop, the dragon will jump and smash through the arches, so be prepared and stay out of the way of the door until it’s pounced. 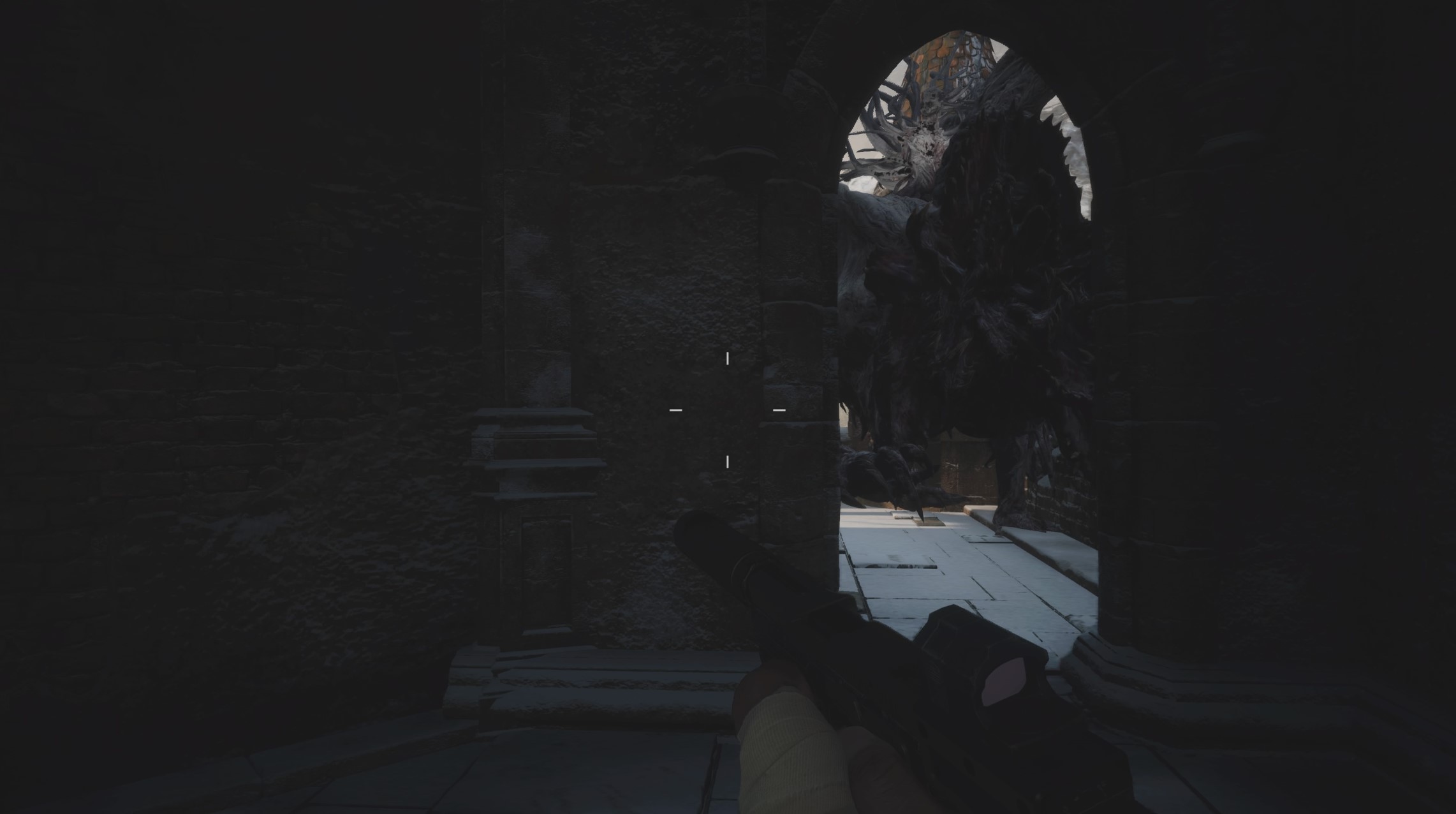 If at any point Lady Dimitrescu gets too close to you, just turn around and sprint away to put a corner wall back between the two of you.

Essentially, the strategy boils down to running laps around the roof, shooting her body, while not getting pounced on.

Later, when she flies off the roof, switch to your sniper rifle and again shoot her in the body. You can use other weapons, but the sniper handles the distance best. 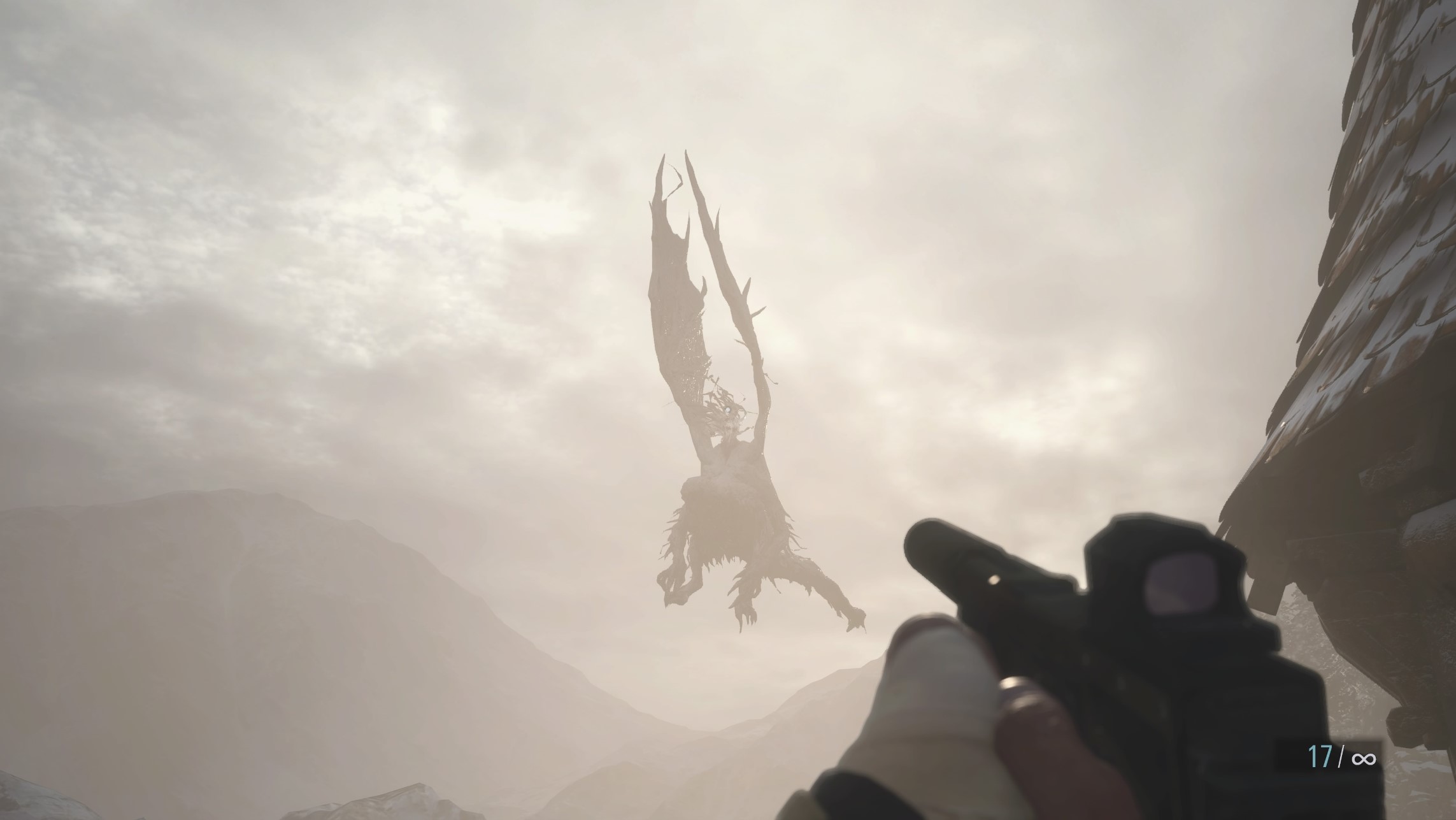 Next, she’ll send swarms of flies after you. All you can do with these is run away from them and they’ll eventually dissipate.

Then, she’ll swoop back on the roof and pounce. When this happens, put the roof between you and her like before.

Now it’s time to repeat your strategy from before, only this time after a few more shots she’ll start to get woozy and charge with the dragon. Again, use the roof as cover to stay away from the charge and shoot her body.

Finally, she’ll fly off the roof again, but this time be a lot more wobbly and difficult to shoot in the air. Persevere and consider changing weapons if you’re finding it tough, but with the sniper just a couple hits will trigger a scene.

When you regain control, run up the stairs and grab some more ammo from the urns if you need it. In this smaller area, your mission is the same, it’s just tougher to avoid her attacks. 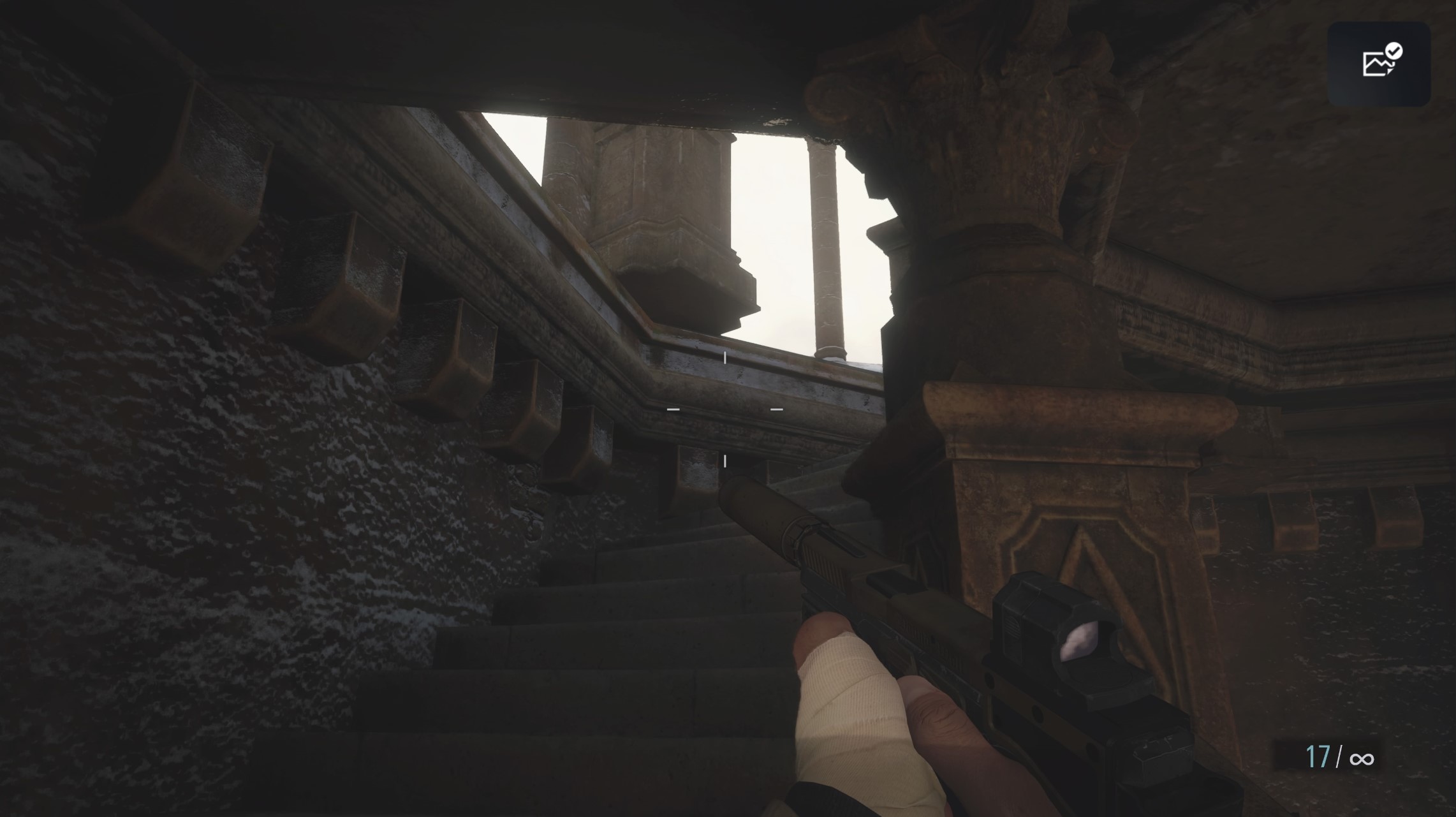 Wait until she swoops and lands on the plateau, then focus your shotgun fire on her while you position yourself on either side of her, away from the dragon mouth. After about 10 hits, she’ll be down. 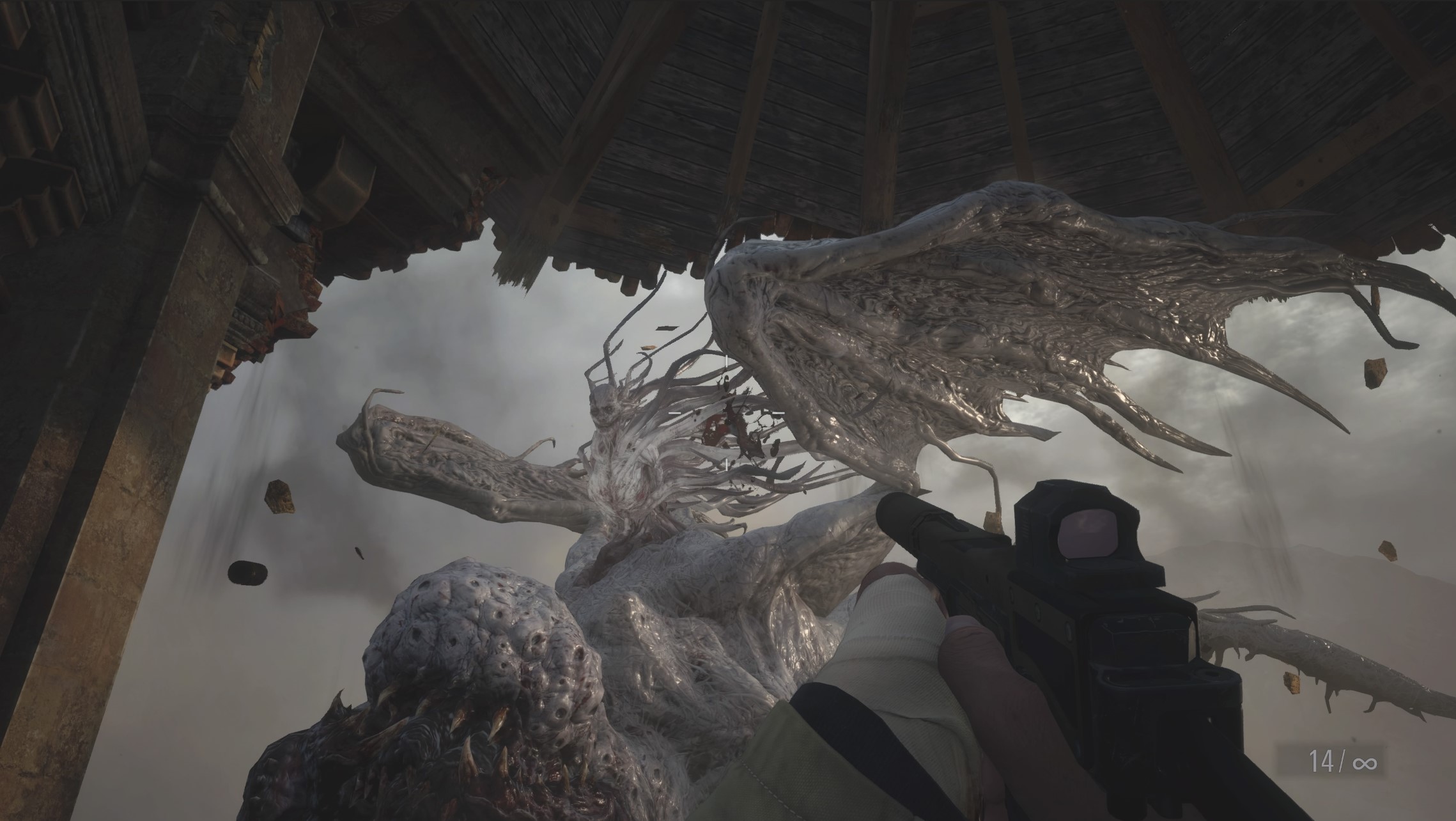 Claim your prize, then walk forward to the altar and take the mysterious dirty flask. 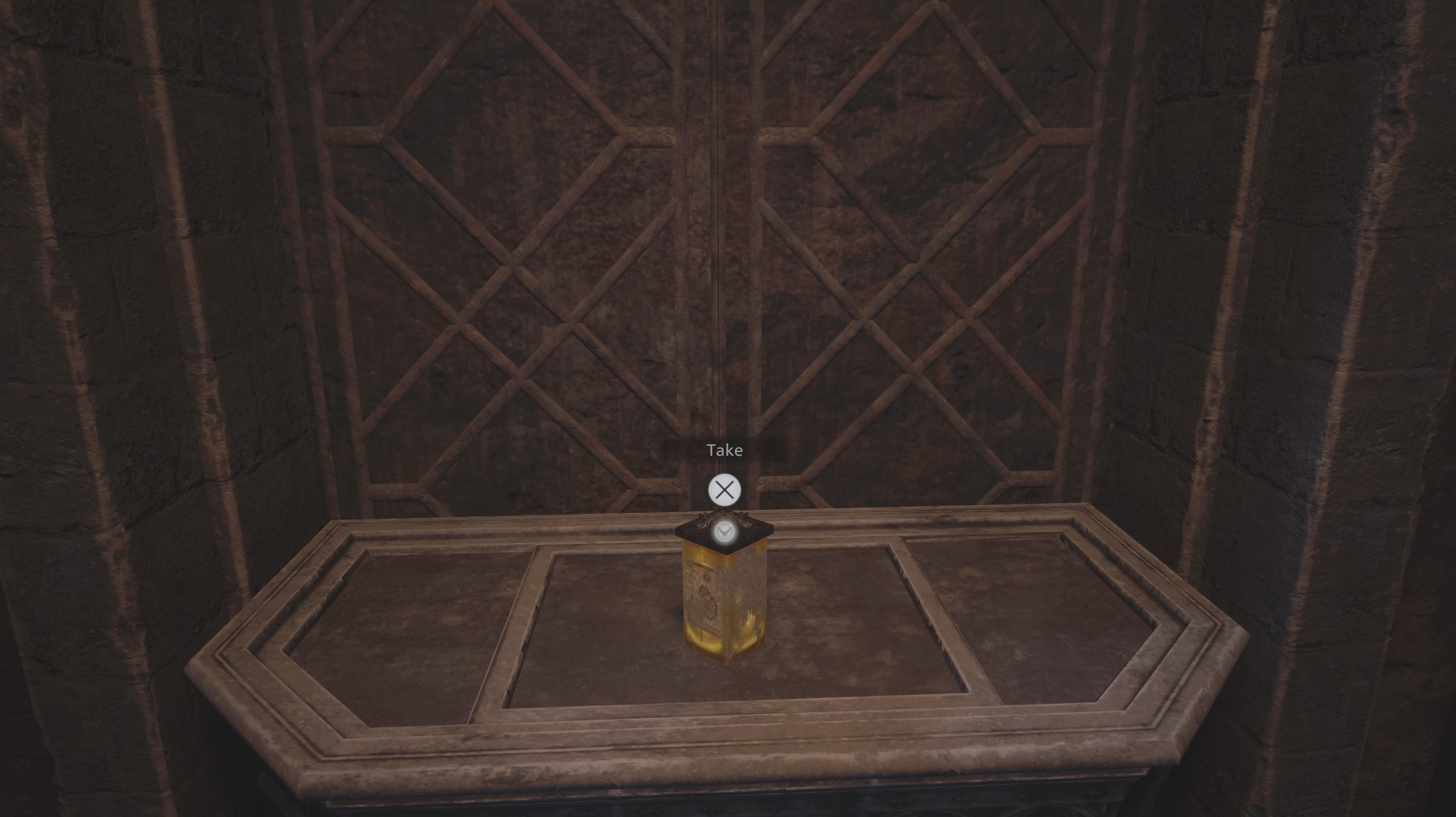 Back out in the cold, you’re ready to move onto the next part of the game!