Crystal Dynamics has announced that Spider-Man will be the only console-exclusive character coming to Marvel's Avengers.

The news comes from IGN Japan, who recently had a chance to sit down with Crystal Dynamics boss Scot Amos. Amos addressed initial concerns about Spider-Man being a PS4-exclusive character yesterday. but has since clarified that no other heroes will be getting the console-exclusive treatment throughout Marvel's Avengers' lifespan.

“That is the only character that we are doing that way,” Amos said. 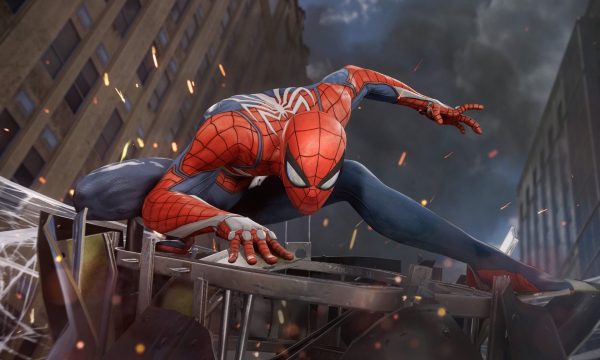 Interestingly, Amos also spoke about cross-play yesterday, seemingly implying that players on Xbox and PC can team up with Spidey, but not play as him themselves. He has since built on that sentiment.

"For cross-play, we have no announcements at the moment,” Amos said. “But the beauty of this game is that we're going to be adding on to it for years, so it’s one of those things that we have our eye on for what the future could be.”

So yeah, it looks like cross-play could be in the works for somewhere down the line - but is it true that even with such a feature in place, Spidey is still locked behind one specific platform?

“For those players who absolutely want to play as Spider-Man, you have the option to do so on PlayStation," Amos said, confirming that cross-play has, in fact, very little to do with Spider-Man's PS4-exclusivity whatsoever.

I don't know about you, but I, for one, would be reluctant to spend a significant amount of money on a brand new console to play as one character in one game, so the trivialization of it as a reasonable suggestion seems a bit off.

“I would say that Marvel’s Avengers has a lot of heroes, and with the scope and the breadth of this game and this universe, players are going to have their hands full with a lot to play with," Amos said. "And as we have just announced with Hawkeye, there are more heroes to come."

"This is an opportunity to celebrate [Spider-Man] uniquely for those [PS4] players because of that relationship, but I think there’s so much of a world for people to explore," he added. "I wouldn’t look as that as a reason not to embrace [Spider-Man as a PS4- and PS5-exclusive]. I would say, look at all this stuff you get to play with.”

It all seems a bit absurd - the talk of cross-play and Hawkeye doesn't have a whole lot to do with Spider-Man, so it's almost like it's intended as a distraction. That being said, at least no other heroes will be console-exclusive.

If you're excited for Marvel's Avengers despite the Spidey shenanigans, be sure to check out our hands-on impressions with the beta.